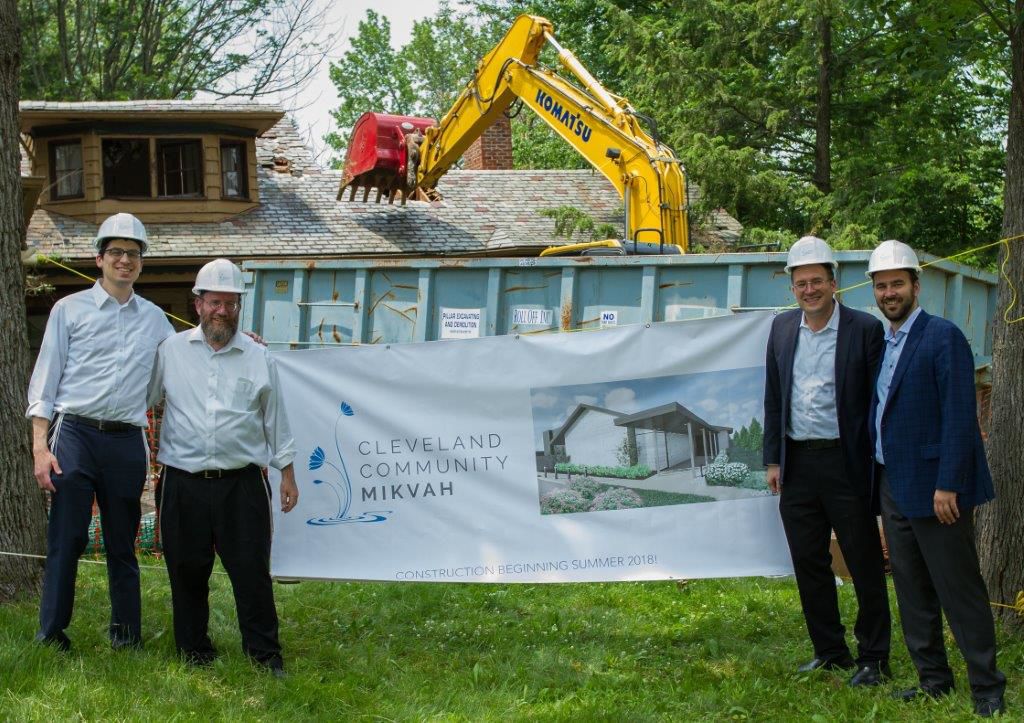 Daniel A. Gottesman, left, stands in front of the sign indicating the future home of the Cleveland Community Mikvah. 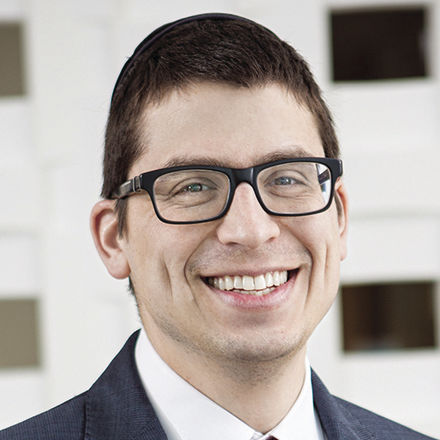 Daniel, 36, was born and raised in Cleveland, but hadn’t planned to move back to Cleveland after studying in Israel. He’s a partner at Ulmer & Berne LLP, even though he had visions of being a doctor when he was young. The Beachwood resident and member of Kehillas B’nai Torah couldn’t be happier that he and his family are part of the “amazing” Jewish community in Cleveland.

What one Jewish experience of yours stands out over others?

The 1 1/2 years that I spent studying in yeshiva in Israel stands out as a unique one-time experience. However, experiences which may be less unique but more consistent such as daily Torah study, raising a Jewish family, and being involved in Jewish institutions, all stand out in a more defining manner.

What nonprofit organizations do you affiliate with beyond donating?

What role does Judaism play on your everyday life?

An extremely prominent, defining role. In addition to the obvious roles (praying, studying Torah, charity and involvement in Jewish organizations), my professional work as an attorney is infused with Jewish value in that it enables me to support a Jewish family with Jewish values.

Who are your mentors?

I have had the fortune of being influenced by and looking up to many different people in my life, including my parents in many respects, a number of rabbis with respect to my religious growth, a number of attorneys who have had an impact on my professional career and various like-minded friends who have provided me with guidance.

What was your first reaction when you learned you were selected as a 12 under 36 honoree?

That there were only 11 qualified nominees. All joking aside, it is humbling to have been recognized, especially given that there are  many Jewish individuals with whom I interact who I believe are much more qualified than I am for this honor.

What did you want to be when you grew up?

Meet all the honorees

Shaping the future of our community

The time has come to pay homage to the inaugural class of Cleveland Jewish News and Ganley Bedford Imports 12 Under 36: Members of the Tribe. …