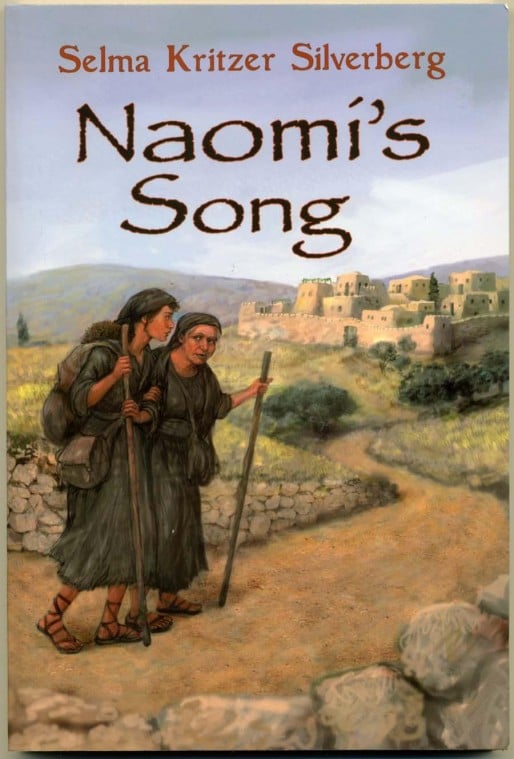 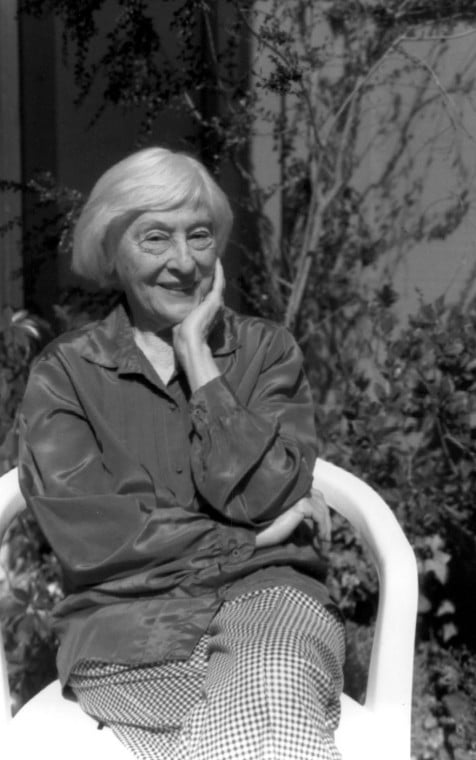 “What happens to a dream deferred?” asks Langston Hughes in his 1959 poem. “Does it dry up like a raisin in the sun?”

Selma Kritzer Silverberg’s dream of seeing her biblical novel completed and published was long deferred. But thanks to an astute hospice aide, the encouragement of a rabbi, and the efforts of her daughter Judy Vida, that dream did not “dry up.”

In 2009, four years after her death at age 96, and some 60 years after she began writing it, Silverberg’s Naomi’s Song was published. It is targeted for ages 12 and up.

We all know the basic story of Naomi and Ruth (“Whither thou goest I shall go”), which is recounted each Shavuot. But little is known about Naomi’s life growing up or her adult years before she became immortalized with her daughter-in-law Ruth. Silverberg, a former Sunday school teacher, as well as a gifted writer and storyteller, imagines that earlier life in Naomi’s Song.

When Naomi’s parents, Judean farmers residing in Bethlehem, are killed in a surprise attack by soldiers, the orphaned 10-year-old and her widowed aunt go to live with Naomi’s uncle Hepher, a cold, unfeeling man with an equally unwelcoming family.

The only bright spots in Naomi’s hard life are her meetings at the well with Elimelek, a handsome young shepherd whom she eventually marries. Naomi proves a helpful, strong and resourceful wife and mother as the couple weather numerous crises together, especially after Elimelek’s kinfolk are all but decimated by a marauding clan. Years later, as a widow, and accompanied by her widowed daughter-in-law Ruth, Naomi will continue to demonstrate her fierce determination and courage.

Naomi’s Song, Silverberg indicates in the preface, was intended as a gift for her daughter Judy’s 16th birthday in 1959. But life as a dutiful wife and mother intervened, and she didn’t complete the manuscript until almost ten years later.

She gave each of her children – Judy, Ted and Dan – a typed manuscript of the book. But as Judy writes in the preface to the 2009 book, there was no market for biblical fiction for teenagers in those years, so Silverberg could not find a publisher.

In 1984, she sent photocopies of her manuscript to each of her five granddaughters. In the brief preface she wrote, “Naomi was a female of little note in ancient Israel. Hence, to win a place for herself, she evolved necessary convictions and courage – qualities I wish for my five beautiful granddaughters: Susan, Lisa, Gwen, Jo Hana, and Maryn.”

After living in California for many years, Silverberg moved back to Cleveland to be nearer to her children and grandchildren; she brought the Naomi manuscript with her.

A few years later, her hospice aide found it on a bookshelf, read it, and “enthused about it to me,” writes Judy in the book’s Forward. Judy reread it and concurred. During the weeklong shiva period, the family reminisced, among other things, about their mother’s love of writing. Judy’s friend Rabbi Jeffrey Schein asked to read the manuscript and, sensing its potential, urged Judy to submit it to The Jewish Publication Society (JPS).

JPS was looking at books to empower young women,” Judy explains. They saw in the fast-paced Naomi’s Song a story about “women using their hearts and heads,” the perfect empowerment theme, and agreed to publish it.

“Mom was always writing and teaching,” reminisces her older son Dan. “She was a (self-taught) biblical scholar who could recite by heart the lineage of Jewish kings and had digested in its entirety the Five Books of Moses.”

Her son Ted attributes his own love of history to his mother’s deep feeling for the subject, particularly biblical history. “In Naomi’s Song, she conveyed a clear sense of what it was like to live in that time,” from the character of the Judean hillsides, to the unpredictable weather patterns, to the attacks and threats from other clans, he says. She once told Ted, “I like to trod wherever our ancestors trod thousands of years ago.”

Since his retirement two years ago, Ted has “trod” in his mother’s footsteps in still another way: He has been writing essays and personal vignettes.

Although she describes herself as an “agonized writer” (certainly not evident in her luminous Forward to Naomi’s Song), Judy says she may also do more writing.

In recollecting family stories, Silverberg’s children remember Shabbat family dinners and evenings “with thought-provoking questions asked by mom,” followed by songs in Hebrew, Yiddish and English compiled in the “Selma Silverberg Songbook.” Dan also recalls the elaborate Purim and Chanukah plays she put on, complete with “long, white robes and breastplates.” Later, their mom did those plays with her grandchildren.

Naomi’s Song was not Silverberg’s sole literary accomplishment. Her self-published book Matt’s Real Adventure is about a 12-year-old boy, a member of the community of Shakers living here in the 1800s; it was required reading for fourth-grade Hathaway Brown students for 13 years or more, notes Ted.

She also wrote occasional articles – wonderful reminisces about Jewish holiday celebrations – for the CJN; thus, I had the delightful privilege of getting to know her and her writing.

The illustration on the cover of Naomi’s Song shows Naomi and Ruth contemplating the long, winding road to the sun-washed city in the distance. Selma Kritzer Silverberg’s sparkling narrative brought these two remarkable women to this spot; to advance their journey (to publication), “there was Divine intervention,” insists her daughter. “I had a sense Mom had a plan for me to follow through and complete what she started.”