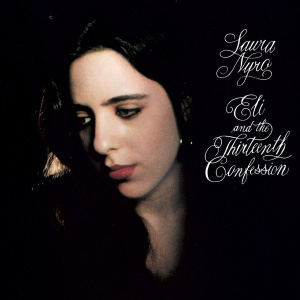 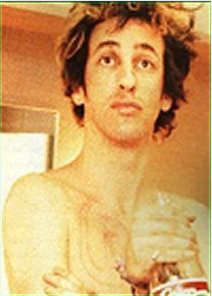 Jews who rock the Hall

You may have read in last week's paper and at www.cjn.org the CJN's coverage of some of the MOTs inducted into the Rock and Roll Hall of Fame. Here's the 411 on more of the Jewish stars who will be honored at the induction ceremony in Cleveland in April:

Singer-songwriter Laura Nyro (1947-97) was born Laura Nigro, the child of secular parents. Her maternal grandparents were Russian Jews, as was her father's mother. Her paternal grandfather was Italian Catholic. Nyro wrote very well-crafted songs that others turned into big hits, including "Wedding Bell Blues," "Stoned Soul Picnic," and "Eli's Coming." She died of ovarian cancer.

Don Kirshner (1934-2011), inducted as a "non-performer," was the genius producer/ executive who was critical to the creation of most of the best rock music of the early-to-mid '60s. His stable of "Brill Building" songwriters included Carole King, Neil Sedaka, Barry Mann, Cynthia Weil, and Neil Diamond. He also created the Archies and the Monkees rock bands.

Among The Red Hot Chili Peppers to be inducted are two Jewish members of the band's original line up: Jack Irons, 49, the original drummer, and Hillel Slovak (1962-1988), the original lead guitarist. Born in Israel and the son of Holocaust survivors, Slovak's considerable talent was overwhelmed by drugs, and he died of an overdose. And as we mentioned last week, inducted rap group Beastie Boys includes Adam Yauch, 47; Adam Horovitz, 45, and Mike Diamond, 46. Although the band has sometimes touched on Jewish themes, the "two Adams" come with asterisks: Yauch, born Jewish, has long practiced Buddhism, and Horovitz's late mother wasn't Jewish. His father, famous playwright Israel Horovitz, 72, said a few years ago that he regretted raising Adam secular.