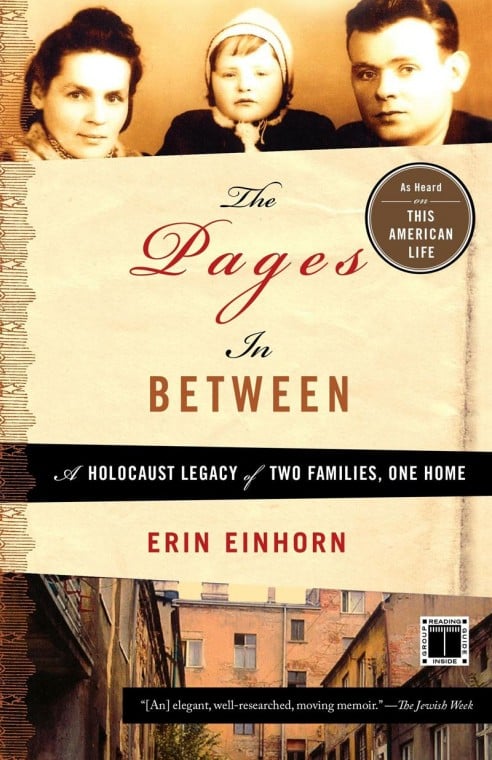 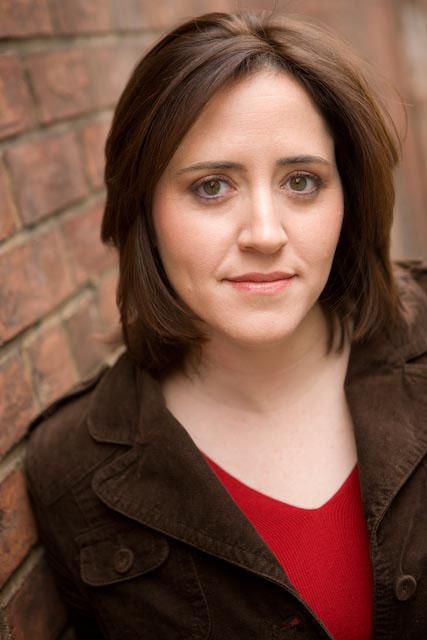 In 1991, Erin Einhorn wrote an article for her Michigan high school newspaper based on family folklore and from interviewing her mother at the kitchen table. It was the story of her maternal grandparents and the baby Irena (her mom), born Feb. 20, 1942, in a cellar in the Bedzin, Poland, ghetto.

The article, which won many awards, inspired Einhorn to choose journalism as a career. More significantly, the factual errors she subsequently discovered about her mother’s story, as well as the parts she knew were missing, propelled the Philadelphia-based reporter on a yearlong quest. It would take her to Atlanta, Washington, D.C., Detroit, Sweden, and, most extensively, Poland.

The result of that quest is the beautifully written, poignant memoir and coming-of-age story The Pages in Between: A Holocaust Legacy of Two Families, One Home. (Touchstone, 2008, 277 pgs., $16).

Basic details about Irena Frydrych’s tumultuous childhood were always known to her daughter: Born in the ghetto. Hidden by a Polish Catholic family during the war years. Collected by her father after the war and temporarily placed in an orphanage. Resettled in Sweden, where she lived with another family until her father had earned sufficient money to book passage to America for Irena, himself, and his new wife.

But whenever Einhorn pressed her mother for additional information, the response was usually the same: “I was always loved. I was lucky that way. Whoever took care of me, loved me.”

A chance remark her mother made one day, outside her usual recitation of carefully scoured childhood memories, prompted Einhorn to ask herself, “What if my mother had told me a version (of her life) she preferred to believe instead of one that was actually true?”

Through meeting people who touched her mother’s life decades earlier, as well as their offspring, Einhorn learns not ‘The Truth” she thought she was seeking, but a more profound truth: “The fact that truth and memory differ and the differences don’t really matter,” she tells me in a phone interview. “The things you witness, hear about from others, or read,” all blend in one’s memory of past events, she discovered.

Prying apart “the pages stuck together” in her mother’s biography, writes Einhorn, “revealed an entirely new drama.” Both personal and epic. “I discovered a legacy I hadn’t had before; I learned about a thriving Ashkenazic culture that existed in Poland for hundreds of years.”

That culture, wiped out by the Nazis, reappears today – only absent the Jews themselves. In The Pages, Einhorn describes “Hava Nagillah” and other Chasidic melodies currently playing in Poles’ mainstream lounges, as well as exhibits of Jewish photography, Yiddish classes, Chasidic dance classes, and standing-room-only Jewish cooking demonstrations at Krakow’s annual Jewish cultural festival … all an hour’s drive from the death camp Auschwitz!

of this paradoxical scene, Einhorn writes, “I stopped seeing the crowd at the festival as culture stealers and started seeing them more as preservationists – people invigorating a culture that otherwise would be nearly dead here.”

There is little about life in Poland today that Einhorn didn’t grow to like. “Here in the country where I once thought I’d be hated, I had found a connection with the land and its past,” she writes.

Her attempts to convey her pro-Polish sentiments weren’t always well received. When she told her story on the NPR program “This American Life,” she hoped “it might lend some perspective to the resentment that lingered between Poles and Jews.” Instead, both groups took offense and “heard only what they wanted to hear.”

The glaring exception to Einhorn’s positive image of Poland, and in particular of its young people, is the country’s hopelessly bureaucratic, almost Kafka-esque government and court system. That all relates to the “one home” of the book’s title claimed both by Frydrych heirs (Einhorn and her relatives) and the offspring of Honorata, the Polish woman who hid and cared for Irena Frydrych.

Among the insights Einhorn gained during her year of discovery was that “a story has its own pace and has to reveal itself over time.” For Einhorn, the clock is still running.

“I had gone in search of something – my mother? the truth? myself? the past? – and had emerged with no clear answers about any of the above,” Einhorn writes. (My mother) “remained mostly a mystery to me, a woman I would always admire while eternally craving her approval.”

In fact, one of the most compelling portions of the book is Einhorn’s vivid recreation of the “emotional war” she and her mother fought and of the tentative truce that ensues particularly after her mother is diagnosed with terminal cancer.

Einhorn’s one regret, she writes in an e-mail, “is the sad fact that I will never be able to share my findings with my mom. I had in many ways begun this search as a way to get to know her better, to seal our truce, and just as I was on the verge of discovering an important part of her past and maybe approaching a better understanding of who she was, I lost her.”

In a lament that resonates with any of us who have ever lost a beloved relative or friend, the young author concludes, “So many questions will go forever unanswered. It’s excruciatingly sad.”

Who: Erin Einhorn, author of The Pages in Between

What: Luncheon by Women’s Division/Federation

Where: Executive Caterers at Landerhaven