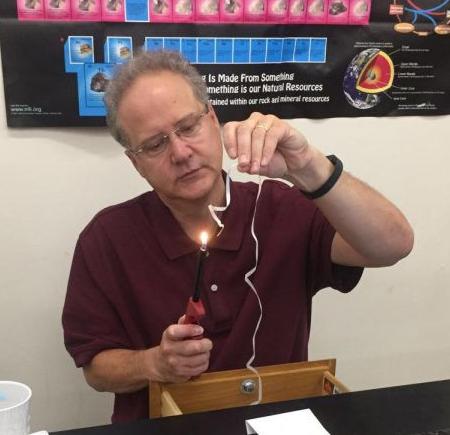 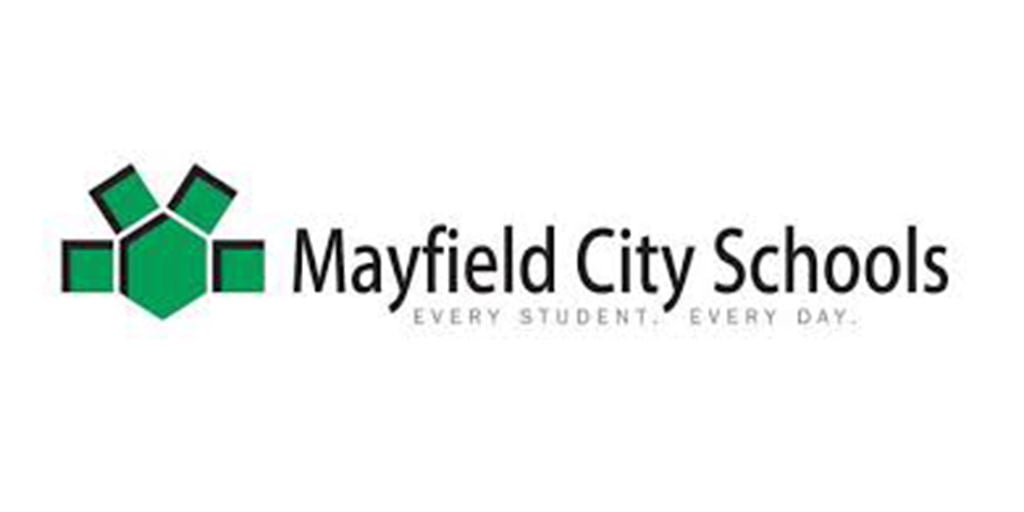 A Mayfield Middle School teacher resigned and retired on May 15 following complaints of inappropriate conduct made by female middle school students in March, the Cleveland Jewish News has learned.

David Lammert, a tenured Mayfield science teacher, resigned before Mayfield City Schools could terminate his employment after he was placed on administrative leave March 4, following the complaints in which students alleged he made them feel uncomfortable, according to records from the school’s investigation obtained by the CJN through a public records request.

Lammert, 58, of Cleveland Heights, has not been charged with a crime.

Lammert did not return a telephone message seeking comment, but the CJN was contacted by his attorney, Ian N. Friedman of the law firm Friedman & Nemecek, L.L.C. in Cleveland. Friedman said the allegations against Lammert are “unfounded,” adding, “if the school felt there was something to it, I’m sure he would not have been teaching there.”

Friedman also released the following statement to the CJN: “There are three clear facts here. First, Mr. Lammert was a valued teacher in the Mayfield School District for almost two decades without incident. Second, allegations were made against him. Third, the claims were investigated by the Cuyahoga County Prosecutor’s Office which opted not to charge Mr. Lammert with any crimes. The moral of the story is that just because someone lodges an allegation doesn’t make it accurate or truthful. We appreciate the thorough investigation conducted by the prosecutors. It is unfortunate, however, that a mere allegation can be so destructive. Even though Mr. Lammert did nothing wrong, he is no longer comfortable working in the district and is seeking employment elsewhere.”

According to documents, students filed complaints saying Lammert hugged students for extended periods, touched students on their chest or rear ends, kissed a student on her neck and allegedly made comments like, “I love you, baby.” One of the complaints alleges Lammert took a girl’s untied shoe and put her foot in the area of his crotch while he tied her shoe.

The public records request also revealed a complaint was lodged against him as early as 2011, alleging inappropriate conduct while he was teaching at Mayfield High School.

A statement released by the school district to the CJN said district officials also filed an Educator Misconduct Reporting form about Lammert with the Ohio Department of Education May 16 as a result of the 2019 investigations.

“The actions of this one individual in no way reflect the honor and dedication of our Mayfield teachers and staff,” Superintendent Keith Kelly said in the statement to the CJN.

On March 5, Kelly emailed parents and guardians, informing them a middle school teacher was placed on leave following allegations of inappropriate conduct. The superintendent did not identify the teacher or the subject taught.

No further information was given by Mayfield schools until June 3, when the CJN attempted to contact Kelly for comment and was provided a statement by Laurie Uhlir, director of community relations at Mayfield schools, which said Lammert resigned and Mayfield Heights police completed the investigation.

A message left for Kelly with a receptionist June 3 at Mayfield schools was not returned. Uhlir said the district had no other statement at this time.

After Mayfield Heights police concluded its investigation, the Mayfield School District conducted an internal investigation and the school district’s lawyers began to contact Lammert’s union representation to begin termination proceedings. However, according to Fetchik’s memo, “those proceedings did not materialize” as Lammert submitted his resignation to retire during the board of education’s May 15 meeting.

“The Mayfield Board of Education accepted Mr. Lammert’s resignation at the May 15 regular board meeting,” the school’s statement read, in part. “School officials continue to reinforce that all threats by students, staff and community are taken seriously and are thoroughly and immediately investigated by police and school administration.”

Lammert, a teacher who received tenure while employed at the high school in 2006, was a full-time teacher in the school district since 1999, according to public documents. He was reassigned to the middle school beginning in the 2011-12 school year. Before that, he worked as a substitute and summer school intervention teacher at Mayfield schools from February to August of 1998.

According to incident reports included in the public records, four students filed complaints on Lammert – three of which were dated March 4, 2019, and one was not dated.

Further interviews the school conducted in light of the complaints, reports on which were included in the CJN public records request with some redactions, reiterated the claims students made of Lammert hugging female students tightly and calling them “honey” or “baby,” brushing up against students while they were standing at tables, kissing a student on the neck, and that a student often sat under or near Lammert’s desk and used her phone.

According to a statement from school counselor Traci Wright included in the March 5 report, “The entire school is a buzz talking about this situation. School is trying to manage the talk.”

In its statement, the school said two female middle school students had reported misconduct in the classroom recently, although a previous statement from the school cited three student reports and the documents obtained by the CJN cite four reports.

Friedman, Lammert’s attorney, said at this point Lammert is focusing on his family and moving ahead to the next chapter of his life. When asked if Lammert was seeking teaching jobs elsewhere, Friedman said, “There’s been enough disturbance in his life, so as far as anything that he’s now doing beyond this situation, we’re not going to make any comment on.”

According to the records obtained by the CJN, on March 14, 2011, a Jewish female high school student who graduated in 2010, emailed Jeffrey Legan, then-assistant principal at Mayfield High School. She wrote in her email that Lammert was one of her teachers during her junior year, two years before she wrote the email. She said he “would act very inappropriately with his students, especially his female students.”

The student wrote she was afraid to say anything while she was still in school, but “Lammert would touch almost all of his female students inappropriately, including me. Somehow, he would make it seem normal and I would only realize it was odd a day or two after he touched me inappropriately.”

The CJN is not identifying the former student because she was a minor at the time of the alleged incidents and is now part of an active investigation of Lammert.

The former student also alleged Lammert showed “everyone in class how to make a high-powered bong” and that there was “one student that he would call his girlfriend while he taught the in (sic) class.” She also alleged Lammert shared with students his biggest sexual fantasy, which was “having sex on the volcano on the big island of Hawaii.”

“Even if the students in his classroom would have been talking about sexual fantasies, it would have been bizarre to have input from a teacher, but we were not talking about anything close to that so it was even stranger and I felt that he just wanted to share that with us,” the former student wrote in the email.

Loewer, reached June 5 at his home in Anthem, Ariz., consulted personal notes regarding the 2011 investigation of Lammert, which he said took three weeks and also involved both Legan and Janet Barr, then-director of personnel for Mayfield City Schools. He said he interviewed about eight staff members, all of whom knew the reporting former student well, and none was able to corroborate her story.

He said he did not interview former or current students for that investigation.

“Those classes were over 300 kids,” Loewer said. “You wouldn’t even know where to begin.”

As part of the investigation, he said Lammert was interviewed in the presence of his union representative, Diana Beebe, which is typical protocol in cases of potential discipline.

“There had never been any other allegations about Mr. Lammert other than (hers),” Loewer said. “I was just trying to find somebody to corroborate her story.”

Loewer said he pressed the former student for additional names.

The former student told the CJN that when she contacted other former students to corroborate, “everyone refused because he was the cool teacher.”

Loewer said, “She stated, ‘If you don’t hear back from me, it’s because I did not convince them to report him, it’s not because my story isn’t true.’”

Loewer told the CJN he kept his notes on the investigation, which he did not place in Lammert’s personnel file because “allegations don’t go in personnel files. Things that are substantiated do.”

The CJN asked Loewer for his notes and was referred to John Podgurski, legal counsel for Mayfield City Schools. When asked for a copy of the notes, Podgurski said he turned them over to police chief Bittner.

The former student said she next reached out to Bittner on March 6, 2019, after she saw media reports that an unnamed Mayfield Heights Middle School teacher had been put on leave for misconduct and was suspicious it could be Lammert. The former student sent Bittner the emails she had sent Legan and Loewer. The school district already had launched its internal investigation and emailed the former student on April 9 to discuss the situation.

According to Lammert’s personnel file, he was transferred from the high school to the middle school beginning in the 2011-12 school year.

When asked about the 2011 investigation, Price told the CJN June 4 from his home in Grayslake Village, Ill., “I really have no memory of this at all.”

When contacted by the CJN, school board president Sue Groszek referred all comments to superintendent Kelly. When asked whether she knew about the allegations from the former student in 2011, Groszek – who was also board president in 2011 – said she “can’t comment on things that are ongoing.”

Pete Glynos, a school board member from 2009 to 2013, said the 2011 allegations did not sound familiar and were not brought to the board.