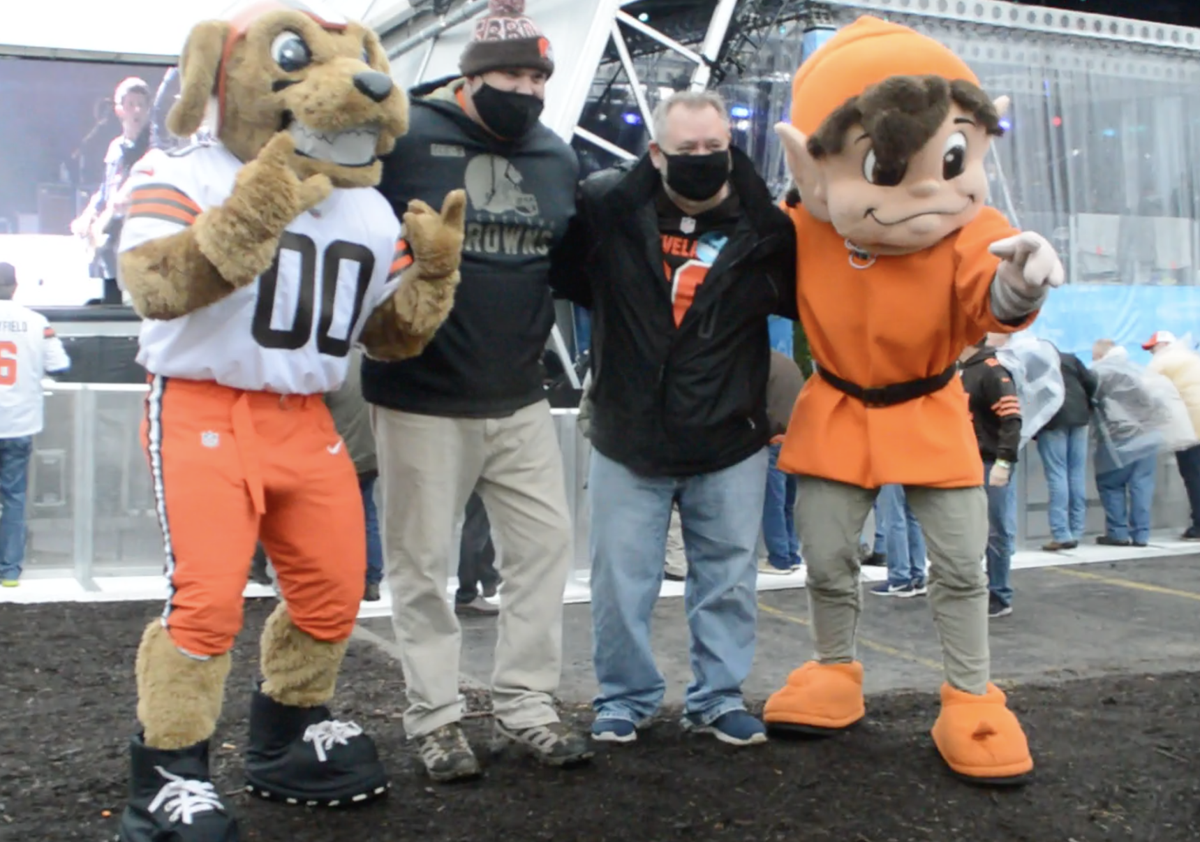 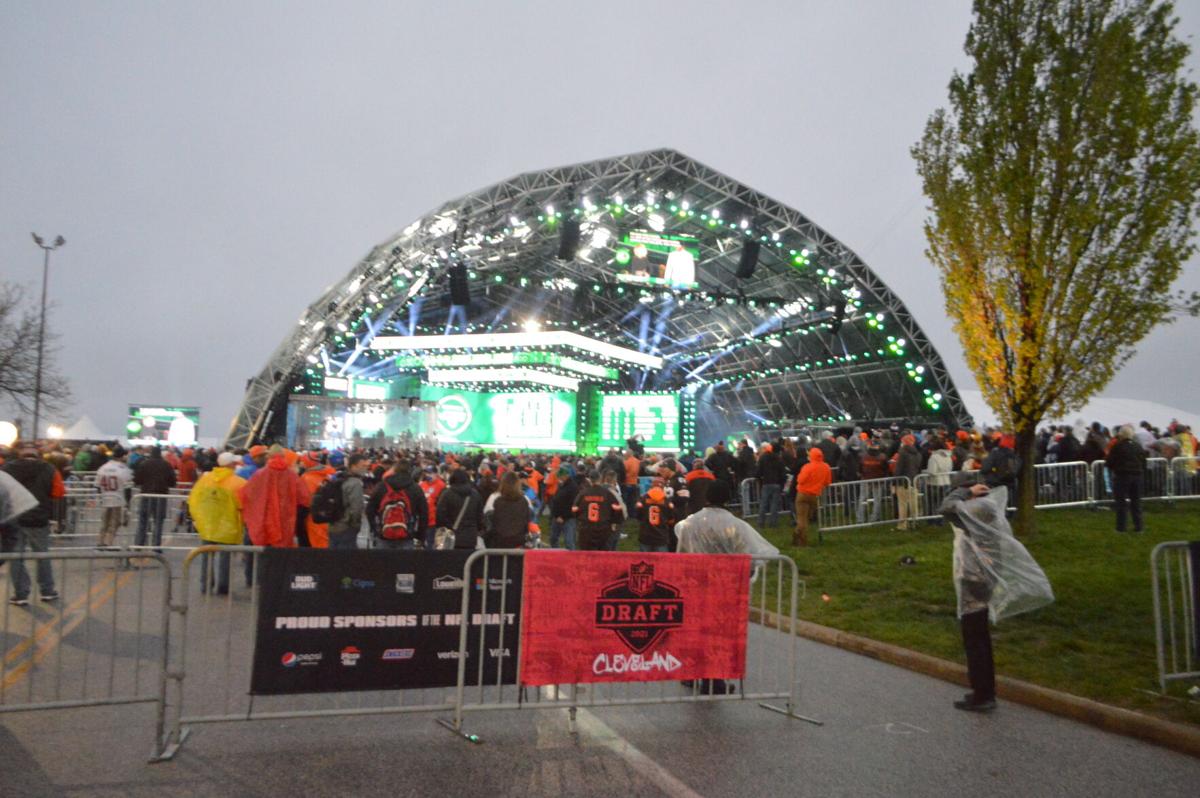 The 2021 NFL Draft ended with a rainbow over the city of Cleveland capping off a weekend of welcoming new rookies to the nations most viewed sport.

The simple act of reading names off a card averaged 12.52 million viewers on the opening night. It was the first time the draft beat The Oscars in television history. It was the second-most watched NFL Draft after last year’s, which originated from Commissioner Roger Goodell’s basement. The 2020 NFL Draft reached 15.26 million viewers.

Millions of eyes were on Cleveland and amounted to a three-day commercial that made the city look great.

The odd part of the event is that being at FirstEnergy Stadium was like being at the NFL’s version of the United Nations. I was floored at the harmony between Browns fans and fans from across the NFL. It was refreshing to see so many people having a good time, without the bitterness of a fourth-quarter bar fight between Browns and Steelers fans.

The Browns had to wait until the 26th pick in the first round to select Northwestern cornerback Greg Newsome II. The 6-foot-2, 192-pounder, was a first-team Big Ten selection and third-team All American.

Cleveland stayed on a roll in the second round. The Browns pulled off a trade with the Carolina Panthers to move up to grab Notre Dame linebacker Jeremiah Owusu-Koramoah. The deal had the Browns switching picks in the second and sending a third round pick to Carolina for a fourth-round pick. The folks in South Bend, Ind., just call him “Woo.” Many experts and mock drafts wanted the Browns to draft Owusu-Koramoah in the first round.

Luck or genius, the Browns were able to get two players with first-round talent. The fact they have not played yet makes me nervous to write “first-round” talent. No matter where they were picked, they will have first-round expectations and pressure on them. The best thing they have going is that they will have time. If cornerback Greedy Williams is healthy, neither rookie will be expected to start week one.

Both are players Cleveland needed to bolster a lackluster defense last season. This season, the Browns could have more new players than old, starting on defense in week one.

If you pile through all the draft grades out there, it is clear the Browns scored some high marks on this year’s draft. The reality will take shape three years from now when we see who is still on the field. Draft grades from experts rarely get called out when they are wrong.

Running a mock draft is like being a weatherperson on TV. Newspapers don’t print standings for what channel had the forecast right. Sports pages aren’t about to say, “Look at this dummy who missed every spot in the first round.” I will admit I like reading that the Browns’ draft class earned an “A” in almost all draft recaps. But, it really doesn’t mean anything.

After suffering through some lean years in Cleveland, it is OK to feel good about what the Browns accomplished in the offseason. Getting caught up in the hype can be a dangerous thing. Looking back at the 2019 Browns, the preseason hype did not match the product. Not being able to parlay Mayfield’s rookie year cost head coach Freddie Kitchens his job.

When it was all over, the Browns selected eight players – five players on defense and three on offense. Stopping teams from running the ball on the Browns’ defense is the biggest improvement the 11-win team can have heading into next season. Those picks included wide receiver Anthony Schwartz from Auburn with the 91st overall pick in the second round.

Berry proved himself in last year’s draft and is hoping to do it again. Let us hope his touch on the end of that rainbow is gold for the second straight year.

In Cincinnati, the Bengals decided to help quarterback Joe Burrow with a college teammate in wideout Ja’Marr Chase, who was the fifth overall pick. He did not play at LSU last season, instead opting out due to COVID-19.

It was surprising to see the Bengals take him over an offensive lineman. Burrow took a beating last season, and had his year cut short after a knee injury in Week 11. Fans will keep an eye on Oregon offensive lineman Penei Sewell, who was drafted seventh by the Detroit Lions. Folks on the river will judge Bengals’ director of player personnel Duke Tobin to see if he made the right call.

The Bengals did pick up two offensive linemen. In the second round, they selected Jackson Carman from Clemson and in the fourth round, they picked D’Ante Smith from East Carolina. They also bolstered the offensive line by picking up free agent Riley Reiff from Minnesota.

The bottom line in Cincinnati is they will be an improved team. If Chase delivers, the thought of seeing him play with an emerging tandem of wideouts in Tyler Boyd and Tee Higgins could give defenses fits. The biggest problem for Cincinnati is that it still plays the Browns, Ravens and Steelers twice every year.

As Commissioner Roger Goodell walked onto the stage to open the 2021 NFL Draft April 29, rain poured down and temperatures dipped into the low…