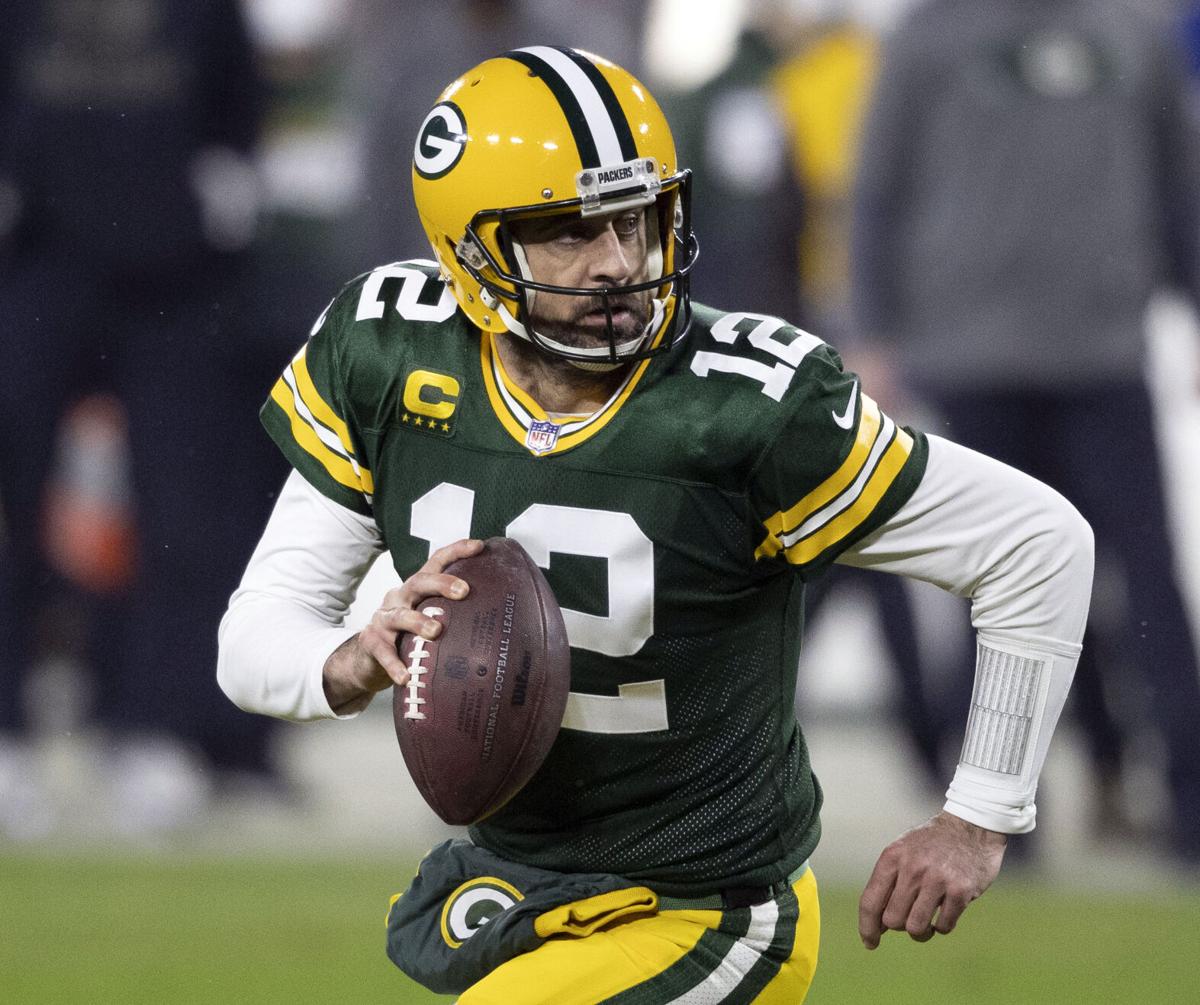 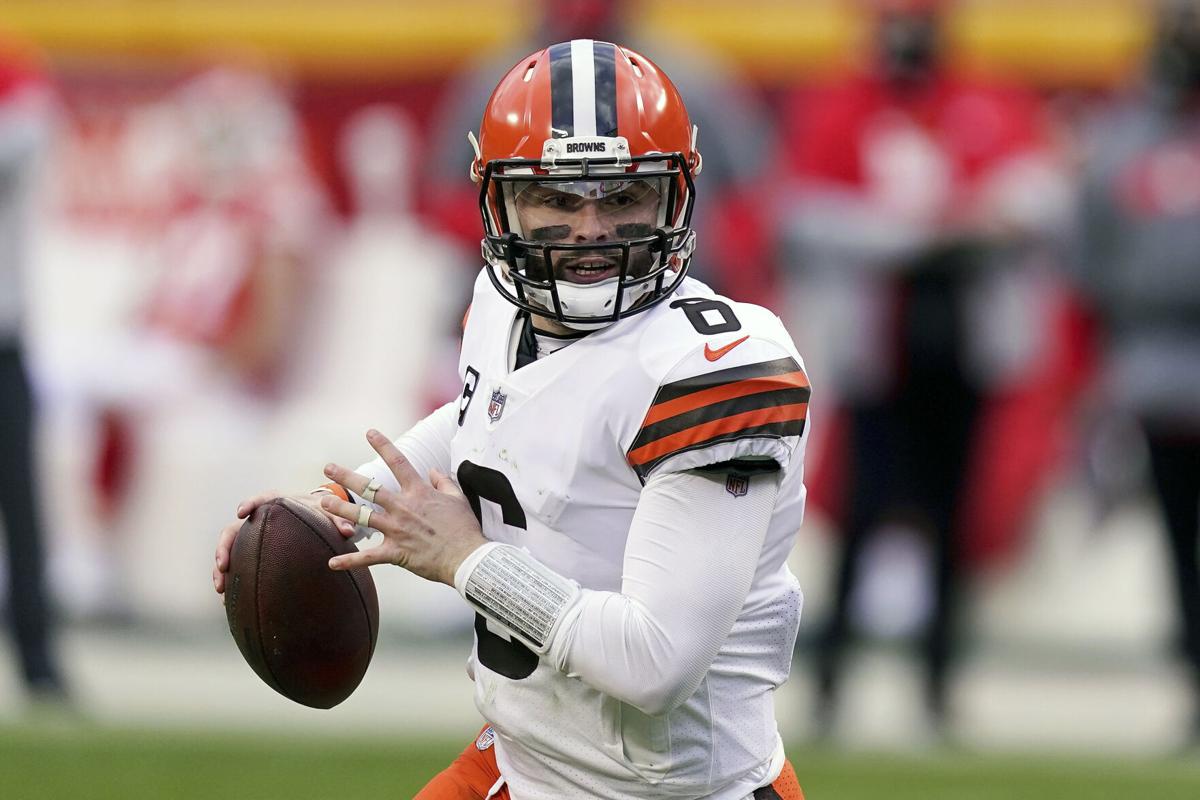 Cleveland Browns quarterback Baker Mayfield throws during the second half of an NFL divisional round football game against the Kansas City Chiefs in Kansas City, Missouri, in January.

Cleveland Browns quarterback Baker Mayfield throws during the second half of an NFL divisional round football game against the Kansas City Chiefs in Kansas City, Missouri, in January.

Do you want Aaron Rodgers to be the quarterback of your team?

Just to get you up to speed, right before the NFL Draft, it was reported the league’s three-time most valuable player is not happy playing at Lambeau Field.

Why is he unhappy?

The Packers’ front office selected quarterback Jordan Love in the first round of the 2020 draft. Green Bay selected the future replacement for the 37-year-old and he is not happy the front office did not give him a heads-up that it was coming.

The communication line is broken in Green Bay. Rodgers also looked like a fool when he was asked about then-wide receiver Jake Kumerow during the preseason last year. Rodgers told Sirius XM Radio that he was a “guy you love having on the squad.” The team then cut Kumerow the next day. Jake’s father, Eric, played at The Ohio State University in the mid-1980s.

Rodgers wants more input in personnel issues or at least a heads-up before they happen. Mike Florio from Proffootballtalk.com told us on my radio show he thinks Rodgers has played his last game in Green Bay. He believes he will play in Denver next season. Chances are a trade would happen after the start of play, so it would be less of a cap hit on the Broncos. Rodgers would have to hold out on Green Bay.

Florio’s smoking gun is Rodgers’ agent, David Dunn. Cincinnati Bengals fans will remember Dunn from his days as former Bengals quarterback Carson Palmer’s agent. In 2011, Dunn drove the bus on getting Palmer going to the Arizona Cardinals from Cincinnati.

It is hard to think about an MVP retiring because he doesn’t like management.

Cleveland Browns’ fans can remember in 1965 when Jim Brown wanted to come to camp late so he could shoot the movie, “The Dirty Dozen.” Then-Browns owner Art Modell was a stubborn fool and forced Brown to report to camp or make movies. Brown retired. Anybody notice Rodgers hosting, “Jeopardy”? History could repeat itself. Hollywood can pay better without the wear and tear on your body, if you are good.

Packer fans are hoping this will get fixed with Rodgers getting a new contract. They have also been down this road before when the team switched from Brett Favre to Rodgers in 2008.

Browns’ fans run into a unique question. Would you rather have Rodgers or Baker Mayfield? Before you laugh, some Las Vegas gambling sites are giving the Browns the third-best odds as Rodgers’ next home.

It is sports radio hogwash.

Mayfield is on his way up, while Rodgers’ age comes into play. Father Time always wins. He is in Rodgers’ sights.

It is hard to fathom a team, which just won a playoff game for the first time since the rebirth of the organization in 1999, walking away from a quarterback that shows great promise.

Getting the right quarterback in the NFL is an extremely hard thing to do. Do I really need to remind Browns’ fans? The Browns have had more than 30 quarterbacks between Vinnie Testaverde and Mayfield playoff victories.

Look at the quarterback carousel in this offseason. It will be interesting how many teams have new quarterbacks in 2021. The Browns do not need to get Rodgers. The front office has worked too hard to get things right on offense. It might look sexy to try to grab Rodgers for two seasons and try to snag a Super Bowl. I will pass.

I am happy to drive the Mayfield road to the playoffs and more – no matter what happens.

Whom would you rather have as quarterback for the Browns?