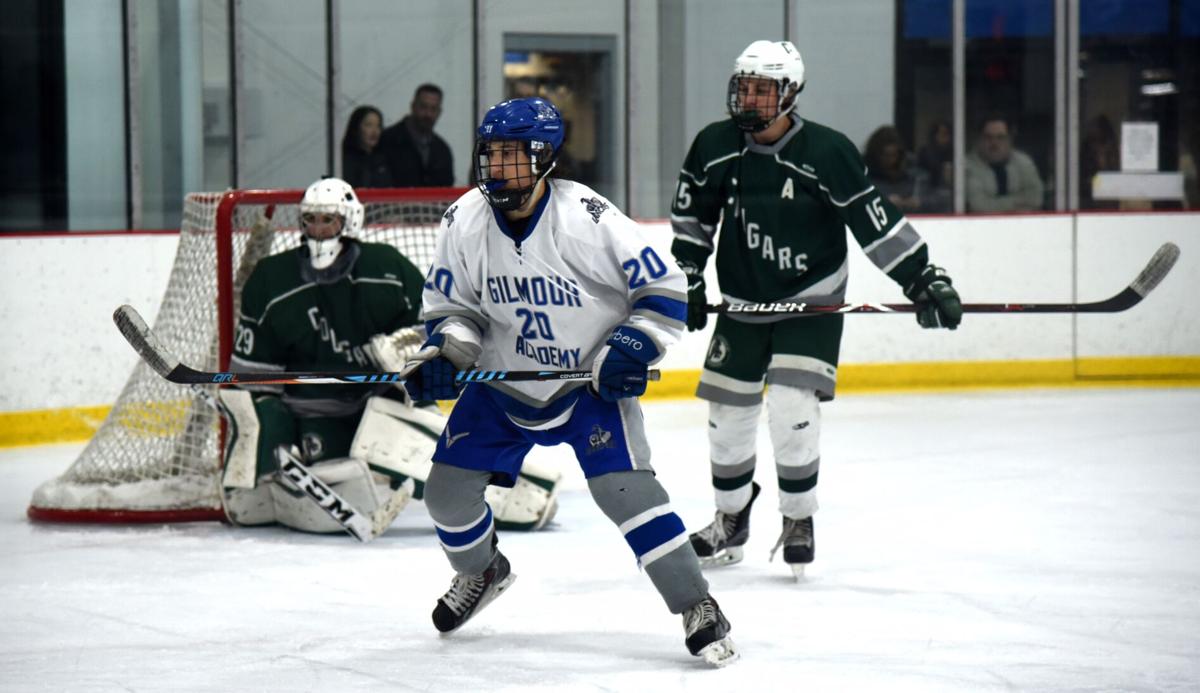 Matt Mangel has his eyes set on the 2022 Maccabiah Games in Israel.

The 202One Summer Olympics are set for Japan. At least at the time this story is being written, it is still on. But that is not the only Team USA getting set to go overseas.

The Maccabiah Games are back on as well in Israel. We will have to wait until 2022. The international games feature Jewish athletes from all over the world.

The chance to be a member of Maccabi USA started last weekend for one hockey standout.

Matt Mangel found his way onto the ice at Shaker Heights’ Thornton Park some two decades ago. Maybe it was his mother and father, Jeff and Lisa Mangel, who are originally from Montreal, who noticed his drive to be a hockey player as a mighty mite, also known as 6 years old and under.

Mangel is entering his senior year at Northeastern University in Boston. He is a forward on the school’s American Collegiate Hockey Association Division 2 team.

Along with some 50 other skaters over age 18, Mangel hit the ice last weekend in Philadelphia to try out for a 20-player roster led by former Robert Morris University assistant and now Chatham University head coach Michael Gershon.

“Being able to play on Team USA, to represent the United States of America, that would be amazing,” Mangel said in a telephone interview.

The forward also explained the deeper feeling and thoughts of being a Jewish hockey player with a chance to play in front of thousands in Israel.

“Jews are a minority in hockey, playing in a group of 20 Jewish hockey players would really be something (special),” he said. “Being a hockey player and being Jewish are two of the most important parts of my identity. Combining the two into one experience is something I can only imagine.”

Hockey runs in the Mangel family. While mom and dad did not play while growing up in Canada, the kids made the most of it living in Orange.

Matt’s sister, Alexandra, played field hockey at Laurel School in Shaker Heights. She attends The Ohio State University in Columbus. Matt’s brother, Zach, played on the Varsity A team at Gilmour Academy in Gates Mills last season. He will attend the University of North Carolina at Chapel Hill and he also plans to play hockey at the ACHA school. Zach was a member of the first 17U Team Cleveland all-Jewish hockey team in 2019 that participated in the U.S. Maccabi Games in Detroit. The team was sponsored by the Mandel Jewish Community Center in Beachwood.

Matt was a four-year letter winner at Gilmour in ice hockey. As Zach said, being a Jewish hockey player is to be in the minority. It is even more unusual when you are attending a Holy Cross-based high school.

When Matt was looking for a place to practice and get ready for his tryout in Philadelphia, his alma mater opened the doors for Matt to prepare for a dream tryout.

“I can’t thank my high school coach John Malloy enough,” he said. “He set me up to be ready to skate at Gilmour for an entire week before the tryout. I enjoyed my Gilmour experience. I felt a sense of belonging, despite being one of the few Jewish students at a Catholic school.”

One mark that he left at Gilmour was not on the ice, it was a bigger score. As a junior, the 2018 graduate scored a perfect 36 on the ACT exam. Less than 1% of ACT test takers get a perfect score.

Mangel will head back to Northeastern to play for his senior season. He will wait for the call to see if he makes Maccabi USA. He said he believes he is “on the bubble” for one of four spots. The telephone should ring in the next few weeks with an answer. We will keep you posted to see if Ohio’s only candidate can play on Maccabi’s biggest stage.