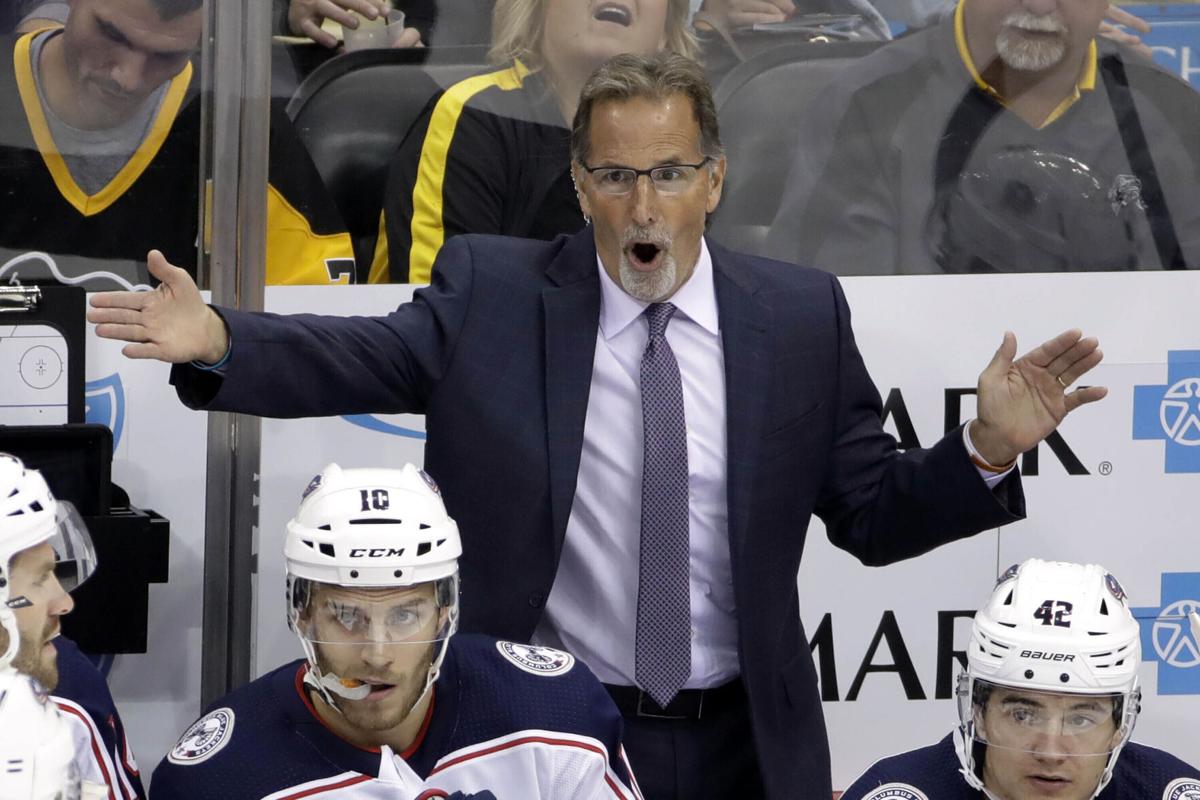 In this Oct. 5, 2019, file photo, Columbus Blue Jackets head coach John Tortorella objects to a call during the first period of an NHL hockey game against the Pittsburgh Penguins in Pittsburgh.

There’s plenty of news and notes as we head into summer.

The Cleveland Cavaliers’ season has mercifully come to an end. The NBA Draft Lottery will be held June 22 and it would be nice if the Cavs could end the tradition of being involved in the losers’ quest to pick the top incoming player. Based on their 22-50 record, the Cavs have an 11.5%. chance of garnering the top pick.

The wine and gold were aided by a tremendous losing streak, losing all but three of the final 21 games.

Gottlieb going back to college

One change with the Cavs is assistant coach Lindsay Gottlieb will be leaving the team to become head women’s basketball coach at USC. Gottlieb spent time on the bench with both coaches John Beilein and J.B. Bickerstaff.

“What really stands out about her time with the Cavaliers was how well she was able to communicate with our players, while demonstrating different perspectives on a daily basis that helped change the outlook of the game for many of our guys,” Cavs General Manager Kobe Altman said in a statement “We were fortunate that she was willing to leave her position at Cal to join us, and we are not surprised that she has remained a sought after head coach at the highest level of women’s college basketball.”

Gottlieb reflected on her decision to head back to the college ranks.

“This was a very difficult decision and even tougher to say goodbye, but the opportunity at USC was something I could not let pass,” she said in a statement. “What I see is a program steeped in tradition with a history of excellence and one of the nation’s strongest brands. I look forward to becoming part of that legacy and helping bring the Women of Troy back to national prominence.”

Perhaps the best part of her story is that she has become apart of the norm. There were seven female coaches in the NBA this past season. What it means is that teams are hiring the best person for the job. No longer is it a side show when ground-breakers like Nancy Lieberman became a coach. These women are on equal ground with the men. The game is better for it.”

Also on his way out is Columbus Blue Jackets head coach John Tortorella. You could see this coming after a frustrating season. Columbus failed to make the playoffs for the first time since the 2016-17 season. “Torts” was the team’s most successful coach in franchise history. I am going to miss him. He never held back his feelings toward players or the media.

He was fun to watch as an outsider who didn’t cover the day-to-day grind as a Blue Jackets’ beat reporter. He got the most out of his teams and showed the state what it is like to be in the NHL’s intense postseason.

Like most NHL coaches, Tortorella will have another job in the near future. Torts is on the market with former Cleveland Lumberjacks and Lake Erie Monsters head coach David Quinn, who was let go May 12 by the New York Rangers after three seasons.