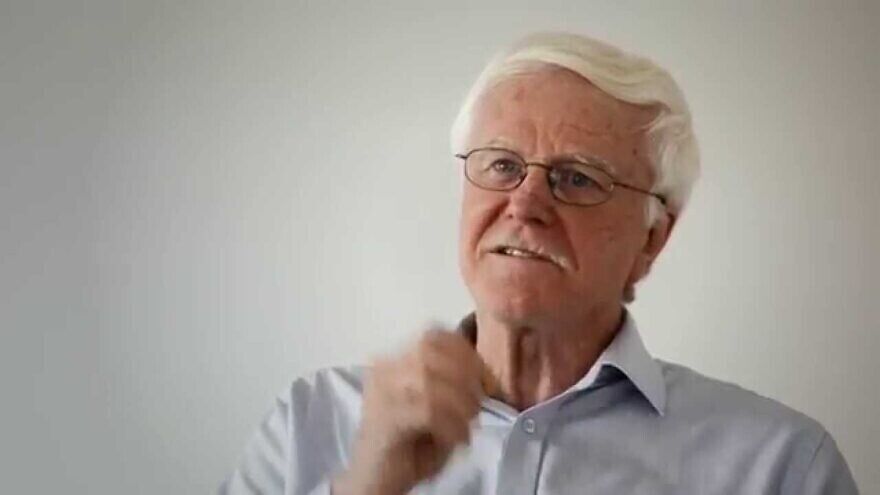 The most scathing book review I have read in a very long time appears in the Sept.18 edition of the London-based journal, the Times Literary Supplement. You might want to read it, too, if only for an illustration of what a comprehensive demolition looks like.

The book under discussion is titled, “An Army Like No Other,” a lengthy history of the Israel Defense Forces authored by an Israeli anti-Zionist long resident in London, Haim Bresheeth-Zabner, and published by the left-wing imprint Verso. The TLS reviewer – the grand strategist Edward Luttwak – doesn’t simply think that Bresheeth-Zabner has written a poor book, or that his arguments are suspect and his research clumsy. His review essentially paints Bresheeth-Zabner’s book as a wholesale fraud perpetrated on the public, one that encourages readers to believe statements about Israel and Zionism that are radically and demonstrably false.

Luttwak cites two particularly glaring examples from the book. The first concerns Bresheeth-Zabner’s depiction, while serving as young officer in the IDF during the Six-Day War of June 1967, of a Golani Brigade offensive against the Syrian army in the Golan Heights overlooking the Hula Valley. After the battle was over, Bresheeth-Zabner recalled that he’d “heard the dazed voice of one of the battalion commanders asking the commanding officer standing next to me, a shaky voice emanating from the metal speakers: ‘I have 200 prisoners of war. What shall I do with them?’”

The commanding officer was apparently angered by the question, snarling that the battalion commander was an “idiot” because it should have been obvious to him what to do: that which is unsayable. “The penny dropped,” wrote Bresheeth-Zabner. In that moment, all his illusions about the IDF – “that we never harm civilians; that we never shoot prisoners of war” – were shattered.

This image of the young Bresheeth-Zabner on the battlefield, scandalized by the willingness of his comrades to massacre prisoners of war, is certainly poetic, but it’s not accurate. In the lengthy litany of fabricated Israeli war crimes, writes Luttwak, “no such prisoner massacre has ever previously been included.” His certainty on these points stems from the fact that, like Bresheeth-Zabner, Luttwak was also in the Hula Valley in June 1967 serving in the IDF, and he fought in the offensive against the Syrians. On the road to Kuneitra, he saw “clusters of Syrian prisoners here and there who would soon be handed back, without accusations of killings, then or later.”

Having dispensed with Bresheeth-Zabner’s claim of a massacre of Syrian POWs, Luttwak moves on to the author’s broader urge “to blacken everything Israeli.”

Says Luttwak: “One example that I will long cherish occurs when (Bresheeth-Zabner) writes that David Ben-Gurion’s model in establishing the Israeli army in 1948 was ‘the Prussian Das Volk in Waffen’ – with all the implications of ‘Waffen you-know-what’ that we are meant to make – which he further defines as ‘a centralized, authoritarian, ideological, and professional body – an instrument of occupation, expulsion and subjugation.’”

Luttwak goes on to point out that the armed force admired by Ben-Gurion was not the Prussian army applying this concept, but the French volunteers who resisted their invasion in the war of 1870-71. Yet, this is a necessary distortion for Bresheeth-Zabner to make because, without it, he cannot thread together his overall message: that Israel is an army with a state, rather than the other way around; that Israel’s values, doctrines and practices are lifted from the playbook of German, not to say Nazi, militarism; and that consequently, the Israelis “are the greatest warmongers in the Middle East.”

Some readers might be tempted to think sympathetically of Bresheeth-Zabner as a dissident who is able to speak his mind openly and loudly from his home in London. Only Bresheeth-Zabner was not exiled to that city; he moved there voluntarily. And his aim is not to reform Israel, but to see it removed from the map by any means necessary.

Lest there be any doubt about this, consider the descriptor of Bresheeth-Zabner on the website of the Islamic Human Rights Commission (IHRC), which hosted a virtual lecture with him last week; an “ex-Israeli Jew and ardent anti-Zionist.” Almost as though he has left some demonic cult and is now undergoing a determined – perhaps the word is “ardent” – spiritual recovery. Where better for an Israeli anti-Zionist to do so than with an Iranian-backed organization that sponsors the annual “Quds Day” fiesta of anti-Semitism in Toronto, London, Berlin, Beirut, and, of course, Tehran?

During the lecture hosted by the IHRC, Bresheeth-Zabner mentioned that he was writing a novel based on his childhood growing up in the colonial military encampment that is Israel. Some might jest that he has already done that with his IDF history, but one has to wonder how much depth and empathy will exist in a work of fiction set in a country that, for its author, “is illegitimate, if not also atrocious, beginning with the Israeli army of course” (as Luttwak puts it in his review.)

Bresheeth-Zabner is not the first Israeli to have immigrated to Europe bearing tales of Zionism’s inhumanity, though the group he belongs to is a small one. Indeed, the endorsements of An Army Like No Other are mainly from co-thinkers – Ilan Pappe, Shlomo Sand, Avi Shlaim among them – who share Bresheeth-Zabner’s aversion to their Israeli homeland, and who have crafted their literary and political identities around that same sense.

On a personal level, this shift has worked out well for these individuals – all of whom work in academic environments that actively encourage their self-image as courageous dissidents who have grasped truths that other Israelis are too blinkered, or too racist, to discern.

The flip side of this is that, in fact, it is the Israeli “dissidents” who have fled the truth for the ideological convenience of foreign universities where their various layers of identity – socialist, anti-Zionist, ex-Israeli, anti-colonialist and so on – can hang together neatly. As for influencing their fellow Israelis to follow their example by becoming “ex-Israeli Jews,” the vast majority are unaware of these individuals, and those who do know of their activities by and large dismiss them as useful idiots, or question what relevance they have for the current debate about Israel’s place in a changing Middle East.

Insofar as this group presents Israel’s elimination as a “democratic” solution to the unresolved Palestinian issue, the answer is none at all.