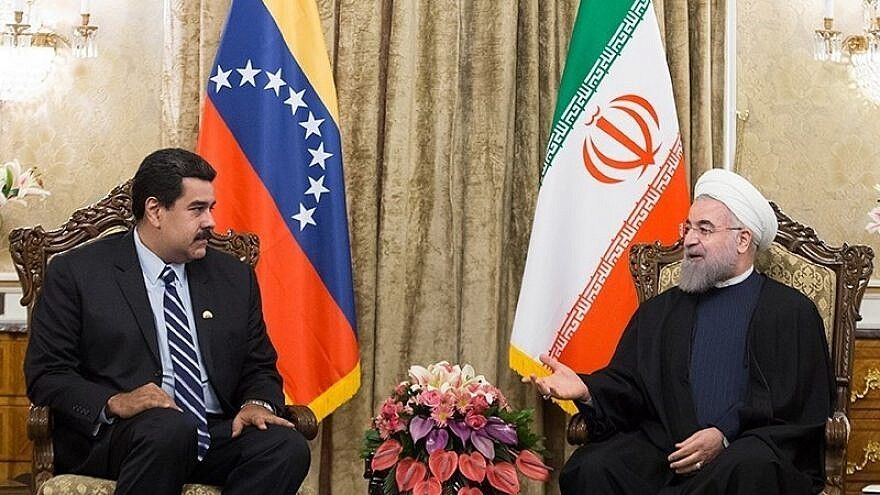 President Donald Trump will leave office with the regimes in Venezuela and Iran far weaker in structural terms than when he arrived. That is indisputable. At the same time, his presidency has seen the alliance between these two morally and financially bankrupt regimes reach new heights. That, too, is indisputable.

As democracy takes effect in the United States with an elected change of government, its painful absence in Iran on one side of the world and Venezuela on the other means that President-elect Joe Biden will be confronted with the question of regime change in both – much as Trump was, and before him, presidents Barack Obama and George W. Bush. In terms of the immediate context, Biden will enter the White House a little more than a month after the latest set of fraudulent elections in Venezuela, which saw dictator Nicolás Maduro and his allies win 91% of the vote in elections for the National Assembly that was boycotted by the opposition and denounced by both America and the European Union.

Around the same time as that rigged election, a flotilla of 10 ships departed from Iran carrying petroleum to Venezuela, where a combination of international sanctions and chronic corruption and mismanagement by the Maduro regime has resulted in a devastating fuel shortage in a country with the biggest oil reserves in the world. This terrible irony is part of a broader humanitarian emergency in the country that has left tens of thousands of Venezuelans without food or adequate medical attention.

According to Bloomberg, after discharging their loads in Venezuela, the Iranian ships will return home carrying supplies of Venezuelan crude. It is a route that Iranian ships have been pounding since May of this year when Maduro theatrically greeted the first Iranian flotilla bearing supplies of oil as a gesture of solidarity. This latest flotilla was twice the size of the original, and there is every reason to expect that the two regimes will increase the volume of each shipment, regardless of the malign effects of these transactions on the living standards of their own citizens.

Could Biden deliver the killer blow to these two regimes that his various predecessors either held back from or couldn’t execute? Does he want to do so? Relatedly, how much effort is his administration prepared to invest in preventing the Venezuela-Iran alliance from functioning in a practical sense for as long as these regimes remain in power?

One expectation is that Biden will reverse Trump’s policies; in the Iranian case, by reviving diplomatic outreach as a prelude to a renewed nuclear deal, and in the Venezuelan case, by backing away from the Trump administration’s recognition (along with dozens of other democratic nations) of opposition leader Juan Guaidó as the legitimately elected president of Venezuela.

In terms of the first problem, the hope, and at the present time the expectation, is that Biden will not bow to the inflated demands the Iranian mullahs will inevitably make as their price for allowing limited international oversight of their nuclear facilities. In terms of the second problem, Guaidó’s failure thus far to bring about the regime’s overthrow doesn’t logically mean that Biden will embrace Maduro.

Indeed, as vice president in the Obama administration, Biden went further than other senior U.S. officials in condemning Venezuela’s rulers, to the extent that Maduro fulminated against Biden’s “aggression” and “desire for revenge” back in 2014. Biden’s offense back then was to observe in a newspaper article that Venezuela’s predicament reminded him of “previous eras” in Latin America, “when strongmen governed through violence and oppression; and human rights, hyperinflation, scarcity and grinding poverty wrought havoc on the people of the hemisphere.” He went on to accuse Maduro of trying to “distract his people from the profound issues at stake in Venezuela by concocting totally false and outlandish conspiracy theories about the United States.”

More recently, Biden told a group of Venezuelan-Americans during a campaign stop in Florida that he viewed Maduro as “a dictator, plain and simple,” promising that the punishing sanctions imposed by the Trump administration on Caracas would not be lightened. And following the fraudulent elections on Dec. 6, Biden’s aides confirmed that he would not recognize the result. Meanwhile, The Washington Post reported last Wednesday that Biden wants to the Europeans to increase their pressure on Maduro and his cohorts.

If Biden continues to follow this trajectory on Venezuela, the question of Iran is certain to enter the frame sooner rather than later. Those who believe that Biden will faithfully restore Obama’s own foreign-policy stances should pause to recall that, at just the time that the Obama administration was wooing the Iranians over the nuclear deal, the United States was largely turning a blind eye towards the political repression in Venezuela, making it clear that while America condemned the beating of protesters and the rigging of elections, it was not going to follow its rhetoric with meaningful action.

What is different now is that Biden is coming into office with an established record of opposition to Maduro – any softening of his position would represent an unambiguous climb-down, handing Maduro a political victory.

By the same token, any weakening of the U.S. position on Iran under Biden will send the signal to Tehran that it can continue its operations in Venezuela and, indeed, much of the rest of Latin America. Advocates of the 2015 nuclear deal would dismiss as overheated the contention that Iran’s actions in Venezuela should be a fundamental concern for U.S. policy, but the reality is that even under the Trump administration, Iran has not rolled back its presence and influence in Venezuela. For example, at the beginning of December, Adm. Craig Faller, head of United States Southern Command, revealed that operatives from Iran’s Quds Force – the international wing of the regime’s Islamic Revolutionary Guards Corps – had arrived in Venezuela to assist with Maduro’s project of remaining in power and that there had been an “uptick” in weapons exchanges between the two regimes.

A Biden administration may not succeed in ridding the world of Maduro and the ayatollahs, but it is in a position to disrupt and break their ongoing alliance through increased policing of commercial traffic, military transfers and financial transactions between the two. Conversely, restoring the Iranian nuclear deal will do little to reduce Iran’s footprint in Latin America, whatever other security benefits a Biden administration believes it might bring.

I’m not going to predict definitively which path Biden will take. However, I do think there’s another, deeper difference between Biden and Obama that should be accounted for in any assessment of our new commander in chief. In his dealings with Iran, Venezuela and many other authoritarian regimes, Obama clearly communicated his belief that all these countries had legitimate historical gripes with the United States – and that as a consequence, the U.S. stance towards them should be chastened. During his half-century in politics, President-elect Joe Biden has yet to exhibit the same tendency.