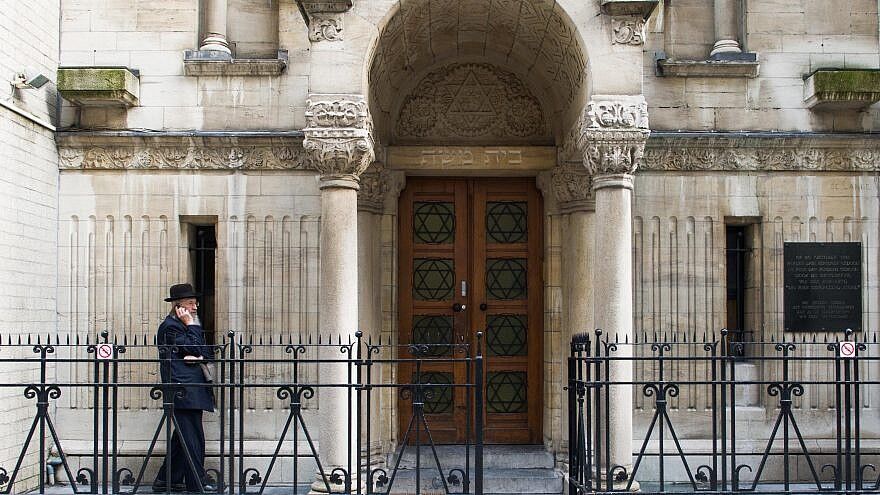 An Orthodox Jewish man outside a synagogue in the Jewish Quarter in Antwerp, Belgium, on Dec. 9, 2014.

The continent of Europe ceased to be the center of Jewish life more than a century ago, when it yielded that status to the increasingly affluent, influential Jewish community in the United States, joined, a bit later on, by the state of Israel. That transition has generated a question that can justifiably be described as “perennial,” inasmuch as it gets asked with predictable regularity and produces more or less the same answers.

In its most neutral framing, that question reads as follows: Is there a future for Jewish life in Europe, or will the Jewish communities of that continent slowly phase out through the various pressures of antisemitism; marriage or life commitments involving non-Jewish partners; emigration to Israel, America or other countries; and similar “push” factors?

Over the last 30 years, a period when I’ve heard this question discussed a great deal, I’ve noticed a split between those (often living in Europe) who counsel against an overly dramatized view of the Jewish situation there and those (often living in the United States or Israel) who say that a leopard can’t change its spots, that Europe will never truly be a home for Jews, and that the Jewish community would do well to exit as soon as possible before someone hostile makes that decision for them.

Both sides of this debate are united in taking a dim, dark view of Europe. By this yardstick, whether the Jews stay or leave depends not so much on whether things improve, but to what degree they get worse.

A dilemma like this one requires solid data if it is to be resolved or at least addressed seriously. We need to know how European Jews think and feel, how they themselves see the future of their communities and whether they believe that those politicians who govern them will remain, as they have been at least since World War II, trustworthy allies who recognize that their own societies would be diminished without a Jewish presence.

Over the last 13 years, fortunately, a good deal of relevant data has been assembled under the auspices of the New York-based American Jewish Joint Distribution Committee. More than a century after the “Joint,” as it was known, made its initial forays into Europe to assist beleaguered Jewish communities in the last years of World War I, it maintains a strong profile across the Atlantic. Every three years since 2008, its European research arm, the International Centre for Community Development, has published a comprehensive survey involving hundreds of Jewish community professionals across the continent. There is arguably no better source for understanding the priorities of those communities, and the differences and overlaps between them, than the ICCD’s survey.

The main takeaway from this year’s study would seem to bolster the argument that there isn’t a long-term future for Jews in Europe. For the first time since the survey’s inception, antisemitism rose to the first position in the ranking of the most serious threats to the future of Jewish life (with 71% of respondents giving a score of 4 or 5 on a 1 to 5 scale).

Combating antisemitism was named as the main community priority for future years (scoring 8.8 on a 1 to 10 scale). When asked if they expected changes over the next five to 10 years, respondents were pessimistic, with 68% expecting antisemitism to increase “significantly” (28%) or “somewhat” (40%).

A major part of the reasoning here relates to the events and episodes of the last 18 months. This past May, as Hamas terrorists once again dragged Israel into a renewed conflict in Gaza, antisemitic attacks in Europe skyrocketed, as they tend to do during times of tension in the region. Among the more unsettling spectacles were dozens of demonstrators, many of them young Muslims, chanting the slogan “s**t Jews!” in the German city of Gelsenkirchen and a convoy of Islamists that drove through Jewish neighborhoods in North London broadcasting a threat to “rape your daughters” through a megaphone. What is more, all of that came in top of a year of angry demonstrations against COVID-19 public-health measures in Germany, France, the Netherlands and many other countries, in which explicitly antisemitic messages blaming Jews for the virus as well as the exploitation of Holocaust imagery became increasingly visible.

Not surprisingly, perhaps, the survey reported that European Jewish leaders “seemed almost equally divided between optimists and pessimists, as 47% of the leaders ‘strongly agreed’ or ‘rather agreed’ with the statement ‘the future of European Jewry is vibrant and positive,’ and 52% with ‘I am optimistic about the future of Europe.’ ”

These figures become more revealing when broken down by age. Well over 60% of those aged under 40 said they were optimistic about Europe’s future and the Jewish place within it, compared to 52% of those age 41 to 55 and 47% of the over-55 crowd.

Those younger leaders also emphasize the importance of Jewish art, literature, music and film as part of Europe’s cultural landscape, as well as the importance of being inclusive and welcoming of an increasingly diverse community, not all of whose members can be considered Jewish in a strictly halachic sense. Indeed, the task of “developing creative outreach to the non-affiliated” came in at No. 5 on a list of 18 communal priorities, which suggests that the Jewish future in Europe hinges, at least in part, on some success in this area.

The overall impression left by the survey is that while antisemitism is a dominating issue – alongside communal finances, the impact of the pandemic, the desire for more women and young people in leadership positions, and much else – its present incarnation does not spell the end for the Jewish presence in Europe, especially as far younger Jews are concerned. That combination of optimism and defiance displayed by the continent’s Jewish professionals should be welcomed by all.

The Cleveland Jewish News does not make endorsements of political candidates

and/or political or other ballot issues on any level. Letters, commentaries, opinions, advertisements and online posts appearing in the Cleveland Jewish News, on cjn.org or our social media pages do not necessarily reflect the opinions of the Cleveland Jewish Publication Company, its board, officers or staff.