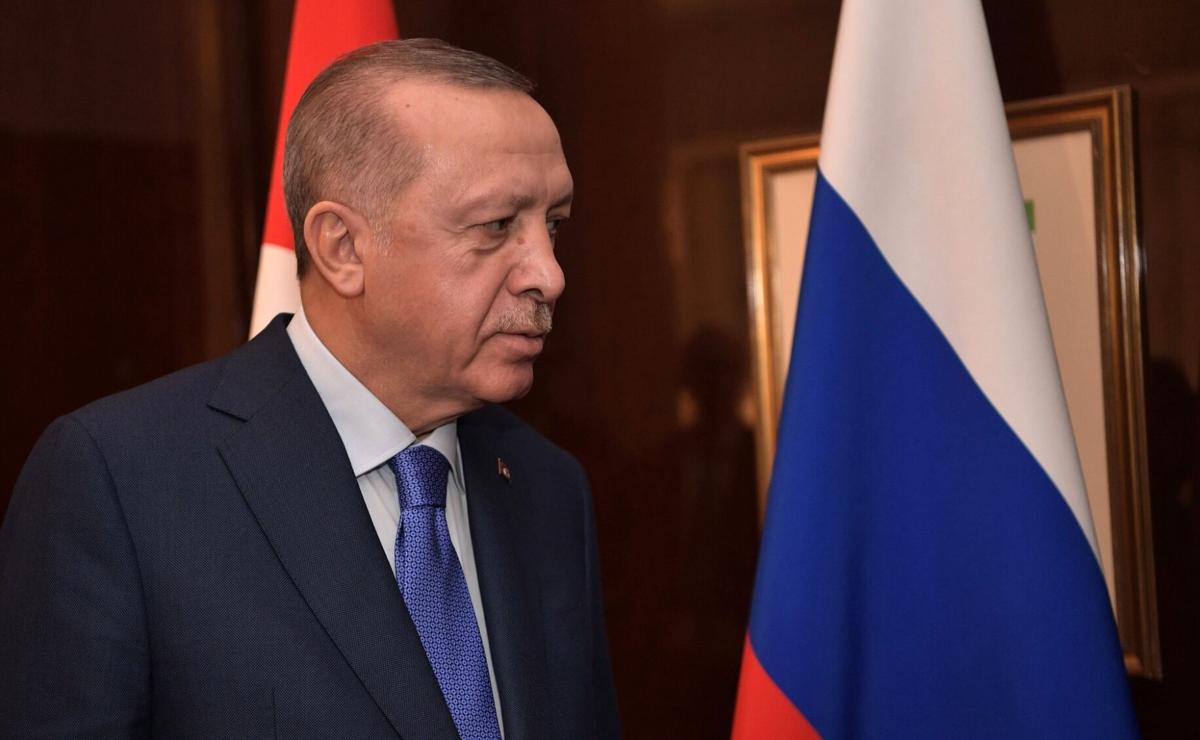 Time and again, the Middle East has taught us that whatever political problems or challenges a given regime may be facing, it always has at its disposal an anti-Semitic explanation for how these came about in the first place.

A salient example of this was the response of Turkey’s Islamist government and its media echo chamber to the overwhelming vote in favor of independence in the Kurdish region of Iraq in 2017. Spotting that a handful of the celebrating Kurds who thronged the streets of Erbil and other cities after the independence referendum were waving Israeli flags – not surprising, given that Israel was the first and pretty much the only state to recognize and laud the historic result – they manufactured the myth that a “Second Israel” was being created in Iraqi Kurdistan. Government officials and state-approved pundits explained that Kurdish sovereignty was a ploy to repatriate the 200,000 Kurdish Jews now in Israel back to the land of their birth, where they would manage a vassal state of the United States and Israel, as a local component of Western civilization’s greater war against Islam.

Despite the best efforts of rationalist thinkers, in much of the world – these days, West as well as East – assertions like these don’t require actual evidence in order to be believed by vast numbers of people. One of the key reasons why this is the case is that these same people are nurtured to think in this way at school.

A new study of the Turkish school curriculum conducted by IMPACT-se – an Israeli research institute that publishes consistently excellent reports into the teaching of bigotry and hatred in schools across the region – explains clearly why far-fetched stories such as those about a “Second Israel in Kurdistan” can be accepted so easily. In Turkish schools, history and politics are taught in strict accordance with the neo-Ottoman and Islamist leanings of President Recep Tayyip Erdoğan and his ruling Justice and Development Party.

Among the main findings of Dr. Hay Eytan Cohen Yanarocak, author of the report, was that the Turkish school curriculum had been “significantly radicalized in recent years.” He noted as well that “concepts such as ‘Turkish World Domination’ and Turkish or Ottoman ‘Ideal of the World Order’ are emphasized,” and that “Christians and Jews are characterized as infidels instead of People of the Book,” as was the case in the past.

One can hardly expect Israel or the Zionist movement to come out favorably in a framework such as this, and the portrait of both that is painted in Turkish schools is duly hostile. “The ‘Contemporary Turkish and World History’ book defines Zionism as an imperialist ideal to amass all world Jewry in ‘Palestine.’ It also stresses that Zionists seek to reconstruct ‘Solomon’s Temple’ on Mount Zion,” the report observed.

In addition, because of what is termed the “Zionism problem” in the Turkish curriculum, “all catastrophes in the Middle East, including the ongoing conflicts in Syria, Iraq and Yemen, as well as the Egyptian coup d’état are all attributed to Zionism and implicitly to Jews. The hostile stance of the text reaches a fever pitch when it defines the (imagined) borders of so-called ‘Greater Israel’ as stretching from the Euphrates River to the Nile. Students are warned that some parts of Turkey will fall within these concocted future borders of the so-called ‘Greater Israel.’ It should not be surprising that the same author accuses the Alliance Israelite Universelle and Maccabi organizations as malicious and hostile to the Turkish national independence movement.”

Make no mistake: This is hardcore anti-Semitism that shares the same ultra-conspiratorial view of any form of Jewish self-organization that is similarly found in the charter of Hamas, the AKP’s Palestinian comrades in the wider Muslim Brotherhood movement. But there is also, on the surface, an anomaly. While Hamas and the Muslim Brotherhood more broadly traffic in Holocaust denial, Cohen Yanarocak’s report notes that in the Turkish curriculum, the Holocaust is “specifically mentioned,” however briefly. As he explains, the latest school textbook for history includes an “undeveloped section” that mentions anti-Semitism before World War II, as well as “an image and brief section on Kristallnacht (Night of the Broken Glass), Auschwitz, and the six million ‘victims’ (including Jews) who were killed by the Nazis.”

What is the purpose of affording Turkish school students this keyhole glimpse into the same Holocaust that is mostly taught in Western schools as the final, terrible destination of hateful rhetoric and behavior? Why bother to mention the albeit edited sufferings of the Jews, especially when the following paragraphs simply recycle the same canards thrown at them by the Nazis?

I want to venture an explanation as to why this is – one, I should underline, that is entirely my own and does not feature in IMPACT-se’s report. I do not believe that the sudden mention of the Holocaust reflects a desire by Turkey’s education ministry to ensure that students have the broadest possible understanding of the events of World War II. To the contrary, both the Holocaust’s appearance and the manner it is depicted as laid out in the report reflect a move that is at once ideological and tactical.

Ideological because there is no attempt to explain the Nazi demonization of the Jewish people; students are therefore free to conclude that while the actions of the Nazis might have been excessive, they were not entirely undeserved, especially as their targets are described as “infidels” elsewhere in the same curriculum. And tactical because the Turkish regime has figured out that outright denial of the Holocaust doesn’t get you anywhere, whereas grudgingly acknowledging its basic truth, and then using it as an instrument to condemn “the Jews” for treating the Palestinians as the Nazis treated them, is a far more effective form of propaganda.

The Holocaust appears in Turkish textbooks not to encourage empathy with the Jews, but to amplify hostility towards the Jewish state and the majority of Jews around the world who identify – emotionally, religiously, politically – with that state. It is a particularly perverse exploitation of history, and one that speaks from the depth of the anti-Semitism that underlies it.