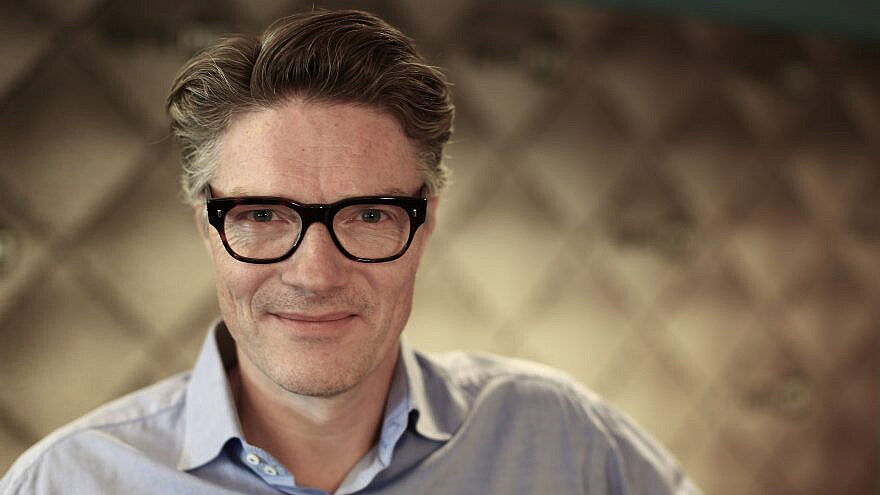 If Shaun Henrik Matheson was an American radio presenter rather than a Norwegian one, it’s highly unlikely that he’d still have a job this week.

Matheson is the presenter of a morning show on the P13 channel, a component part of the expansive state-owned Norwegian media network NRK. As Matheson’s editor explained it in an appearance before Norway’s broadcasting council recently, the show is meant to tune the listener into the personal universe of a congenial host who plays a selection of music, and shares his opinions and insights, in an entertaining, conversational manner without straying into overt comedy. It sounds like a million other morning shows around the world, but in Norway –

once again, according to Matheson’s editor – “Shaun on P13” apparently represents a “subjective genre” that is “unusual for NRK, which otherwise strives for objectivity and balance.”

The reason Matheson’s editor was explaining all this to the broadcasting council (and apologizing profusely, too) was that his charge had launched into a quite astonishing anti-Semitic monologue the previous week while live on air. As listeners were getting themselves ready for the Tuesday morning ahead of them, Matheson twisted a news item about the success of COVID-19 vaccinations in Israel into a one-way debate over whether this should be considered “good news.”

Here is a translation, courtesy of “Med Israel for fred,” a pro-Israel advocacy organization in Norway, of what Matheson told his audience:

“Jeez, well, we had better mention the good news, even if it comes from Israel (laughs). I know, how sick is this? Good news from Israel, when did that happen last time? … Israel is an occupying power, an apartheid regime, where some people are more worth than others, and where these ‘others’ are subjected to systematic oppression, their lands are stolen from them and their water and electricity are cut off if they step out of line. … And if some homemade rocket should land somewhere over the God’s chosen people, then terrible actions of revenge are committed where thousands of people are killed, often children … I said ‘apartheid,’ did I not? Just to emphasize: First the Palestinians got no vaccines, 14 days ago they got a hundred, yesterday they got 2,000 … 1.1 million decent people get vaccinated, 2,100 of those who are not so decent get vaccinated. … (This is) good news only if we think about ourselves and forget about all the abuse and murders the Israelis perpetrate against the Palestinian people. … No matter how you twist and turn it, this is good news. Only I wish it was from another country, if you get what I mean. It’s almost as though I wish the vaccine didn’t work. You cannot say that. I’m sorry, I do understand that (my emphasis). Damn it. … We must just never forget just what a (obscenity) country Israel is, it’s desperately important that we never forget. We must never forget what a (obscenity) country Israel is!”

Israel has been smeared in similar ways on Norway’s state-owned media on previous occasions, though perhaps never with the raw blood lust displayed by Matheson. In any case, he clearly touched a nerve with his audience because within a week, NRK had received a record number of complaints – more than 500 – objecting to the presenter’s rant.

Ten years ago, when the subject of Israel was at the heart of an international media war, a similar monologue would certainly have not gone unnoticed but would have enjoyed its fair share of defenders in the public square, who would have countered that calling Matheson “anti-Semitic” was a slimy, Zionist trick of diverting attention away from the Palestinian cause. In a positive sense, then, one can detect a shift between then and now. As MIFF pointed out in a post on its website, the only groups that lined up behind Matheson were Vigrid – a violent neo-Nazi group that worships the Norse god Odin – and a coalition of Palestinian organizations advocating the “right of return,” more conventionally known as Israel’s elimination.

Nearly everyone else who heard what Matheson had to say was quite revolted, and much of that public anger came through at the broadcasting council’s bimonthly meeting. Matheson’s editor at NRK, Charlo Halvorsen, led the way by admitting that the monologue had been anti-Semitic and unreservedly apologizing for it. Julie Brodtkorb, the head of the broadcasting council, declared herself shocked by the broadcast, charging NRK with “grotesque misjudgement.” Tove Knutsen, another council member, urged colleagues to recall that “Jewish people are still persecuted and harassed today, as are other minorities – in that context, this seems even more grotesque.” Only one council member, Trude Drevland, went so far as to suggest that Matheson should be fired as a consequence. “I wonder if he is a suitable host, and whether he should have the type of program where boundaries and objectivity are totally removed,” she commented.

Matheson may yet face more serious consequences. Eight separate organizations, including MIFF, have reported him to the Norwegian police for allegedly violating Section 185 of Norway’s penal code, which prohibits hate speech in public. Those who are tempted to defend Matheson on free speech grounds, therefore, will have to first address whether his monologue constitutes hate speech. With its classic anti-Semitic barb about “God’s chosen people” and its chilling regret at the news that Israelis are not dying en masse from a pandemic that has devastated the entire world, it’s difficult to classify it as anything else.

Whether Matheson undergoes further legal sanction is for the Norwegian authorities to decide, but as a public broadcaster, NRK clearly has a major job on its hands. Before anything else, it must establish why one of its own presenters believed that his words would be construed as a witty, penetrating takedown of Israel, when – hearteningly – what most of his listeners heard was a sociopath indulging his hatred of Jews. Only once that is done will NRK’s apology for Matheson’s monologue carry real weight.