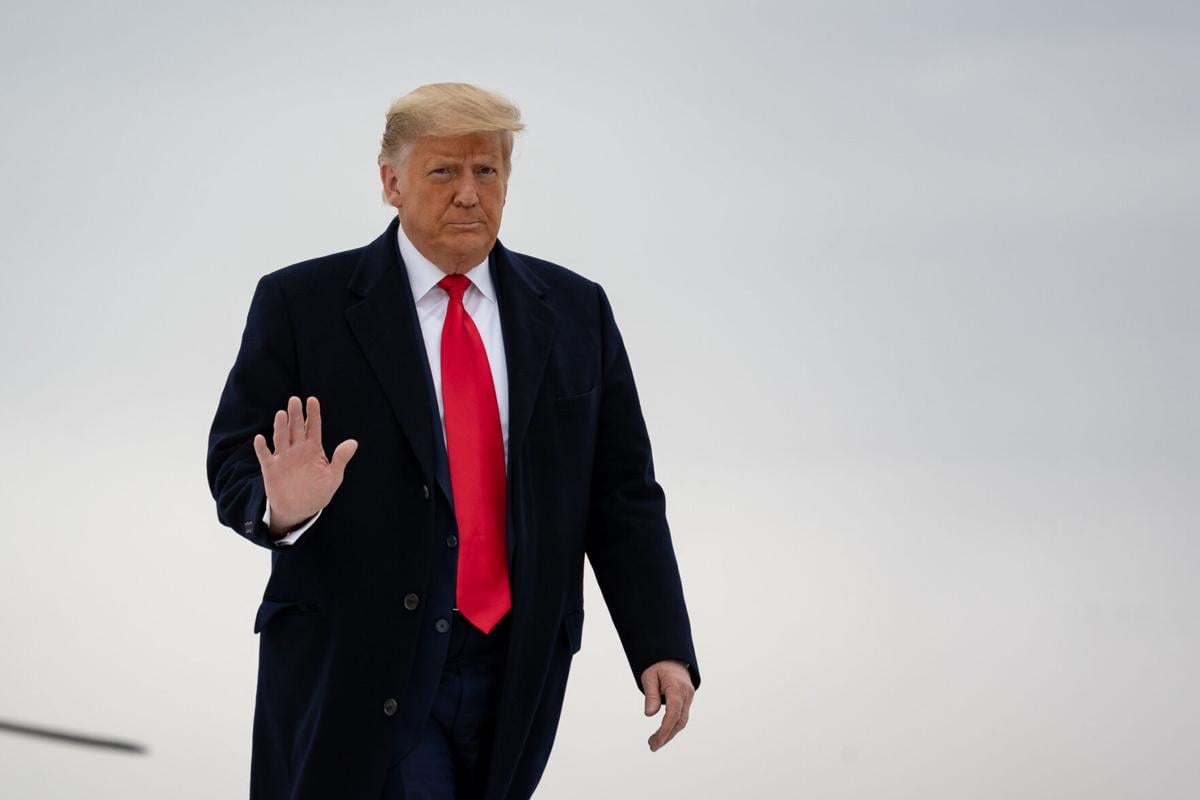 President Donald J. Trump disembarks Marine One at Valley International Airport in Harlingen, Texas, on Tuesday, Jan. 12, 2021, and boards Air Force One en route to Joint Base Andrews, Md., after a visit at the 450th mile of the new border wall near the Texas-Mexico border.

Move over, James Buchanan. The 15th president of the United States is regularly ranked by historians as the worst-ever holder of that hallowed office – a one-term commander-in-chief whose unctuous appeasement of pro-slavery forces did nothing to prevent Southern states from declaring war on the Union one year after he left office.

Donald Trump’s term as America’s 45th president has not ended in civil war – not on the scale of the 1860s, anyway – but history’s verdict on him is certain to be as harsh as on Buchanan, maybe even more so. Years from now, he will be remembered as America’s most un-American president ever, his #MAGA ideology notwithstanding.

I say that because Trump’s approach to political leadership was established well before the heinous scenes on Capitol Hill on Jan. 6. Pundits had debated which past president he might most resemble, with some fanciful comparisons with Andrew Jackson being offered up, but on this point, Trump’s influences came from abroad, and from the here and now.

As he understood it, he had the same official title as Vladimir Putin in Russia and Recep Tayyip Erdogan in Turkey – men he openly admired – and he craved their reserves of political power as well. Foreign leaders whose policies actually harmed Americans became a model for an American president.

Imagine if Thomas Jefferson had regarded Napoleon in that same way, instead of having “detested Bonaparte as a tyrant,” as he memorably put it. That would be a futile exercise, of course, because Jefferson was one of the founders of a republic that, through its Constitution, severed ties with the European authoritarian tradition that permitted kings and emperors to credibly declare, “L’état c’est moi.” In marked contrast to Jefferson, throughout his four years in office Trump has cast envious glances at his foreign dictator buddies, whose servile legislatures and corrupt judiciaries, built upon the bruised bodies of fighters for democracy in those nations, do their bidding – including, if necessary, the rigging of referendums and elections.

The pesky American political system did not allow our outgoing president or his enablers to follow their example. For Trump, the failure to cajole American legislators and co-opt the American public into adopting his conspiracy theory about a stolen election was clearly maddening. And so, Jan. 6 was almost destined to become a graphic distillation of both Trump’s lust for power and his lack of competence in pursuing it – ugly and uncompromising, with five people left dead, yet over quickly, for by that same night our legislature was back in place to confirm Joe Biden’s election victory.

It is that end which meant Washington, D.C., did not join the ranks of Kiev, Belgrade, Cairo, Hong Kong, Caracas and other world cities in becoming the site of a bloody, lengthy face-off between the police and the army on one side, and disaffected civilians on the other, separated only by a shattered, discredited political system. Not only did Trump do nothing to contribute to that outcome, he actively encouraged the insurgency, such as it was. Trump’s crossing of that constitutional red line in the final days of his lame-duck presidency – forever symbolized by the sight of motley QAnon conspiracists and Confederate flag-wavers running amok on Capitol Hill – is the reason that history will judge him without mercy.

What, though, will Trump become as he enters the final stage of his life? For my part, I would be grateful to never have to think seriously about him again, but that expectation is unrealistic – hence my question. Trump is no Fidel Castro, and he will not retreat to the hills with the Proud Boys as his guerilla army and Alex Jones as his mouthpiece to the world. When one’s only focus is self-aggrandizement, as has always been the case with Trump, assembling a political movement is invariably a means to an end, rather than an end in itself.

He will probably take his place as a fixture in the media landscape during the 2020s, bursting into universal public awareness when the occasion so merits. It might be the publication of his memoirs (“The Greatest” is the sort of title he’d go for) or it might be his inevitable appearance in Jerusalem, telling audiences that he was the best president Israel ever had (and ever will have). Or it might be the opening of a luxury Trump-branded golf course on the Black Sea: In those moments, he will be with us once again.

Now, on the question of Israel, there are those who believe Trump’s embrace has done an enormous amount of damage to bipartisan support for the Jewish state. There are also those – among them Israel’s Prime Minister Benjamin Netanyahu – who insist Trump really was the best American president for Israel’s cause, and they will energetically press that case, reminding us it was Trump who moved the U.S. embassy to Jerusalem, Trump who exited the 2015 Iran nuclear deal, Trump who brought about the Abraham Accords.

My response to this isn’t to engage in moralistic chiding because if the history of liberal democracies has taught us anything, it’s that some people will be susceptible to terrible ideas with the best of intentions as well as the worst. That is one of the hazards of having a truly democratic system – every so often, it will undergo the kind of extraordinary stress test that we witnessed this week.

Instead, I would say to those who feel a residual loyalty to Trump because of certain policies, treat him as he would treat you. If you had outlived your usefulness to him, he would discard you without a second thought and publicly trash your reputation with the same intensity with which he praised you at the beginning of your relationship (see, for example, John Bolton).

Now that Trump has become an outright embarrassment to the U.S., he has outlived his usefulness, including in areas such as Israeli-Arab peace, where he will boast endlessly of his successes. If further progress is to be made on that front, it is not Trump who will make it happen; indeed, one could make the argument that any future association with him on this front is more of a liability than an asset.

That, too, is a harsh judgment. But it is a decidedly Trumpian one all the same.