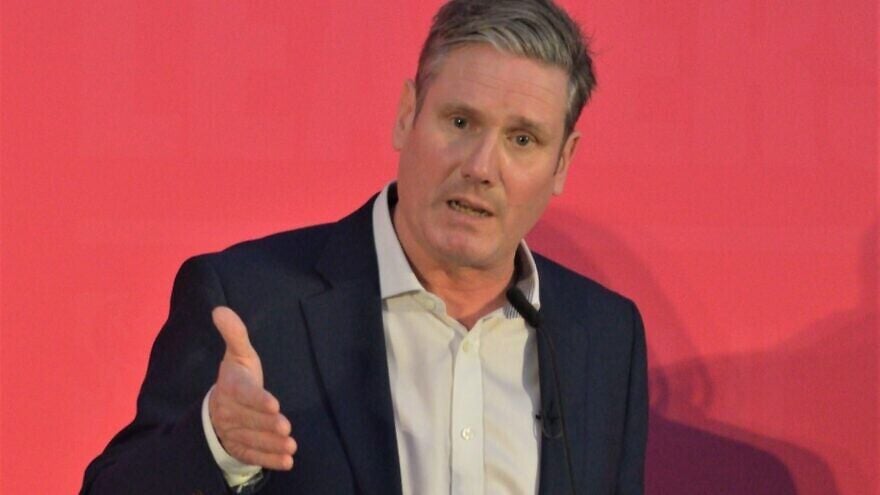 That old cliché about the media preferring a news cycle dominated by conflict rather than reconciliation has some merit when you look at the amount of attention received by the British Labour Party before and after the disastrous leadership of Jeremy Corbyn.

For the nearly five years that followed Corbyn’s election to Labour’s helm in late 2015, the world’s news outlets were filled with lurid headlines about how Britain’s former governing party, now the main opposition, had become a veritable laboratory of anti-Semitic conspiracy-mongering under its new leader. The hatred of the state of Israel and the demonization of Zionism long-prevalent on the British far-left merged with the baser form of Jew-hatred that was undergoing a revival on social media. With each Jew-baiting scandal – and barely a week seemed to go by without one – Corbyn and his far-left cohorts became more entrenched, contemptuously denying the problems’ existence and taking heavy-handed steps to prevent disciplinary action against offenders at the same time.

Corbyn’s trouncing at the hands of Boris Johnson’s Conservative Party in the December 2019 general election – a contest that, amid the Brexit-driven chaos within the ruling party, anyone else would arguably have won – thankfully sounded the death knell of his leadership term. Earlier this year, he was replaced by Sir Keir Starmer, formerly Labour’s representative on Brexit and a rare friend of the Jewish community inside the party during the Corbyn years.

But since Starmer ascended to the leadership, Labour’s internal struggles have largely disappeared from international view. That isn’t shocking – the continuing coronavirus pandemic and the forthcoming U.S. presidential election are far more relevant to the future of humanity. Nonetheless, Starmer’s record so far is worthy of analysis, not least because he bucks the global political trend by being both a resolute centrist and a professional politician who is delivering on some of his promises.

Following Starmer’s debut speech as leader to Labour’s annual conference on Sept. 22, the advocacy group Labour Against Antisemitism – a group whose profound skepticism is grounded upon independent monitoring of unresolved anti-Semitism cases within the party – issued a rare positive statement. “Keir Starmer’s reaffirmation of his commitment to ‘root out’ anti-Semitism in his speech this morning was a welcome and timely reassurance that this issue remains a priority for his leadership,” declared the group.

The group was careful not to award Starmer full marks, demanding that he attend to outstanding anti-Semitism cases with the same energy he devoted to the high-profile sacking in May of his shadow cabinet colleague Rebecca Long-Bailey, a Corbyn ally who had frequently outraged British Jews. But there was no mistaking the change of tone, and the key acknowledgment that Labour again has a leader Jews can trust, vote for and disagree with in a civil, respectful manner when necessary. That is the least that any minority community living in a democracy should expect; what was so terrifying about the Corbyn period was precisely its reminder that such an environment has to be fought for, and can never be taken for granted.

Starmer’s speech may also result in the surest sign that Labour and Britain’s Jewish community have moved on from Corbynism – the hundreds of Jews who quit the party in protest at Corbyn’s excesses, from prominent donors to grassroots labor union activists, seem to be returning to the fold.

In 2018, Sir David Garrard – a Jewish Labour supporter who had donated nearly $2 million to the party – announced with a splash of publicity that he had been driven out of his political home by anti-Semitism. Under Corbyn, he stated at the time, Labour “has supported and endorsed the most blatant acts of anti-Semitism. And yet it has failed to expel many of those who have engaged in the grossest derogatory fantasies about Jewish/Zionist conspiracies – and Jewish characterizations and accusations which conjure up the very kind of anti-Semitic attacks that led to such unbearable consequences for innocent millions in the past.” Consequently, Garrard continued, “I no longer feel any affinity with, or connection to, what (Labour) seems to have become.”

Those were stinging words that suggested mountains would have to be moved for some kind of normality to be restored. Two years on, Garrard is tentatively indicating that the Corbyn chapter is closed for him as well.

“I am cautiously optimistic,” Garrard told the left-wing Guardian newspaper following Starmer’s conference speech. “You have asked me whether I will be rejoining the Labour party. On the assumption that Sir Keir, with his leadership of the party, will ensure that it moves forward on the basis he has suggested, then it should be taken for granted that I will almost happily rejoin the party, which I have worked both for, and so closely with, over many decades.”

I have no doubt that Starmer will continue with this trajectory – not just because it’s the right thing to do or because he is personally connected to the Jewish community through this wife’s family, but because jettisoning the legacy of Jeremy Corbyn is the politically astute path to take. Perhaps the most powerful moment of Starmer’s speech was not his denunciation of anti-Semitism, as welcome as that was, but his brutal analysis of Labour’s most recent election defeat.

“Let’s be brutally honest with ourselves,” he told the Labour delegates. “When you lose an election in a democracy, you deserve to. You don’t look at the electorate and ask them: ‘What were you thinking?’ You look at yourself and ask: ‘What were we doing?’ ”

Insofar as British Jews will observe Labour’s attitude towards them with forensic concern for the foreseeable future, the Corbyn chapter can never be considered fully closed. The fundamental lesson of those five years is that they can, in the appropriate circumstances, be repeated again. Starmer understands that well. He now has to transmit that same understanding to the party he leads at every level.