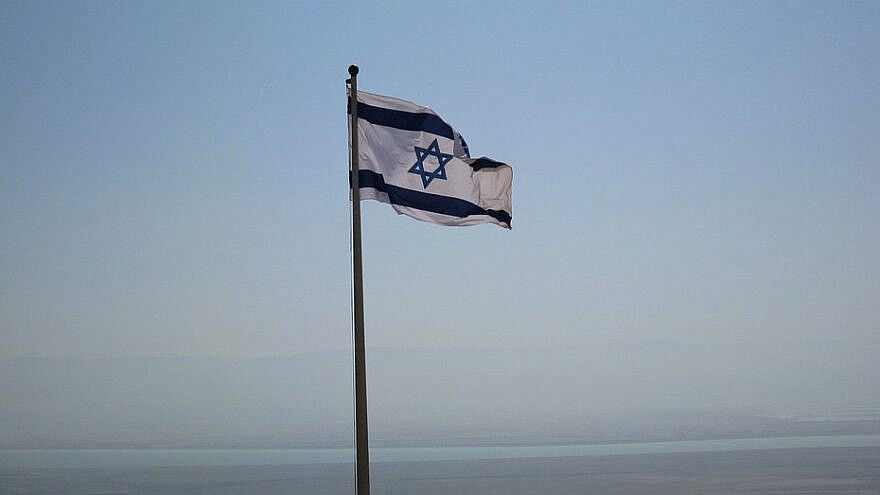 Another week, another solemn definition of what does and doesn’t constitute anti-Semitism, another quixotic attempt to slow the growing adoption of the International Holocaust Remembrance Alliance’s definition of the “longest hatred” by governments, local authorities and civic bodies around the world.

In my last column, I responded to an alternative definition of anti-Semitism – one that attempts to be more forgiving of Israel-hatred – that is currently being touted by a group of progressive Jewish Americans. Any hopes I had of moving to a different subject this week were extinguished by a dear friend who emailed me yet another definition of anti-Semitism that has emerged in recent days, no less troubling than the “Nexus” definition I dealt with last time, and no less deserving of a rapid and critical answer.

On this occasion, the document under discussion is grandly titled the “Jerusalem Declaration on Antisemitism.” As with the “Nexus” text, the preamble to this offering assures the reader that its goal is to properly “identify and confront” anti-Semitism. On closer reading—and again, as with the “Nexus” text – it turns out the true purpose of the “Jerusalem Declaration” is to carve out a space for anti-Zionists to advocate for the elimination of the Jewish state without being accused of anti-Semitism.

This latest attempt to redefine anti-Semitism is essentially composed of two parts. The first part consists of a series of platitudes and truisms about anti-Semitism in general – that anti-Semites see Jews as “linked to the forces of evil,” that defacing a Jewish grave with a swastika is one example of an anti-Semitic act, that denying the Holocaust or using code words like “Rothschild” constitutes anti-Semitic speech, and so forth. Since the IHRA definition already deals with these matters quite adequately, what we have here is simply reinventing the wheel.

Divergence from the thrust of the IHRA definition appears only when the subjects of Zionism and Israel are introduced. It’s in this second part that the real goal of the “Jerusalem Declaration” (so-called because it was assembled under the auspices of the liberal Van Leer Institute in Jerusalem) is unveiled. Included here are five examples of expressing opposition to Zionism that should not be considered anti-Semitic.

Supporting the “Palestinian demand for justice and the full grant of their political, national, civil and human rights, as encapsulated in international law” – the exact scope of those rights is not elaborated upon – is not considered anti-Semitic. Neither is “evidence-based” criticism of Israel, even when it concludes that the Jewish state is a “settler-colonial” entity and an illegal apartheid state, and nothing more. Nor does the so-called boycott, divestment and sanctions movement that targets Israel alone represents a red flag for the authors of the “Jerusalem Declaration.”

Comparison of Israeli policies with the Nazi extermination of 6 million Jews may be regarded as “excessive” or “contentious,” but it is “not, in and of itself, anti-Semitic,” the document explains. Nor is it anti-Semitic to advocate the ending of Israel as a Jewish, democratic state through political arrangements that, the document says, would “accord full equality to all inhabitants ‘between the river and the sea,’ whether in two states, a binational state, unitary democratic state, federal state or in whatever form.”

It is on this last point that the “Jerusalem Declaration” is most objectionable. The wording here sanitizes the eliminationist ideology at the heart of Palestinian nationalism by depicting the Palestinian cause as a civil-rights struggle for social and national equality. But as much as the document’s authors might wish this was true, the fact remains that not a single Palestinian political party or armed group has ever expressed its goals in this manner. For the PLO and for Hamas, the “armed struggle” targeting Israeli military and civilian targets alike remains sacrosanct, while the founding documents of both organizations make clear that “Palestine” will be a state with an Arab and Islamic identity. If Middle Eastern history over the last century is any guide, then this would mean, at best, second-class status for formerly Israeli Jews living under a Palestinian government following the loss of their national sovereignty.

That a nightmare scenario for the majority of Jews – the dissolution of Israel as an independent Jewish state – is regarded by the authors of this declaration as a laudable outcome illustrates the enormous gulf between those of us who fight anti-Semitism in all of its forms and those who regard Jew-hatred as a problem only when it emanates from the extreme right. Above all, it tells us that those who seek to define “anti-Semitism” do not always do so out of the desire to stem its noxious influence. In the case of the “Jerusalem Declaration,” the intended beneficiaries of its insights are not Jewish communities, but the phalanx of pro-Palestinian NGOs who wish to advance comparisons with the Nazis and similarly “contentious” attacks on the Jewish state without having their humanist, anti-racist credentials questioned in return.

As for the signatories of the “Jerusalem Declaration,” some of those listed are best-known for either legitimizing anti-Semites or even engaging in anti-Semitic rhetoric themselves. For example, there is the Princeton University professor Richard Falk, whose woeful record includes blaming the Sept. 11, 2001, terrorist attacks and the 2013 Boston Marathon bombing on “American global domination” as well as “Tel Aviv,” and who once published a blatantly anti-Semitic cartoon on his blog of a dog wearing a kippah urinating on a depiction of justice and devouring a bloodied skeleton. For good measure, Falk also endorsed a book by a formerly Israeli anti-Semite named Gilad Atzmon, in which the author asserted that “Hitler might have been right after all” and argued that Jews were “the only people who managed to maintain and sustain a racially orientated, expansionist and genocidal national identity that is not at all different from Nazi ethnic ideology.”

Alongside Falk is David Feldman, a British academic who is principally known for his participation in a 2016 inquiry into anti-Semitism in the opposition Labour Party that carefully whitewashed Labour’s then-leader, Jeremy Corbyn, and the cabal of anti-Zionist activists around him. Also among the signatories are academics Never Gordon and Mark LeVine, co-authors of an opinion piece for Inside Higher Ed which asserts that the main problem with the IHRA definition of anti-Semitism is that it “allows conservative and even moderate political forces to discipline, silence and marginalize progressive voices against racism, poverty, the climate crisis, war and predatory capitalism.”

These are really the last people who should be giving advice on anti-Semitism—and make no mistake, the goal of this declaration is to displace the IHRA definition as the primary tool for educating elected politicians, teachers, police officers, judges and others about the nature of anti-Semitism. We have been warned.