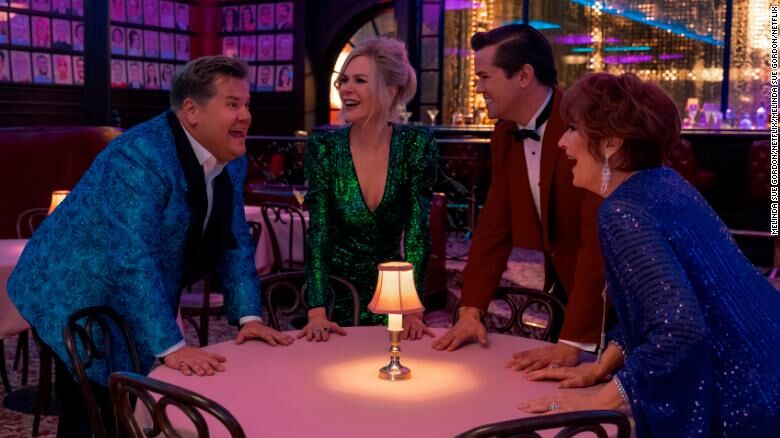 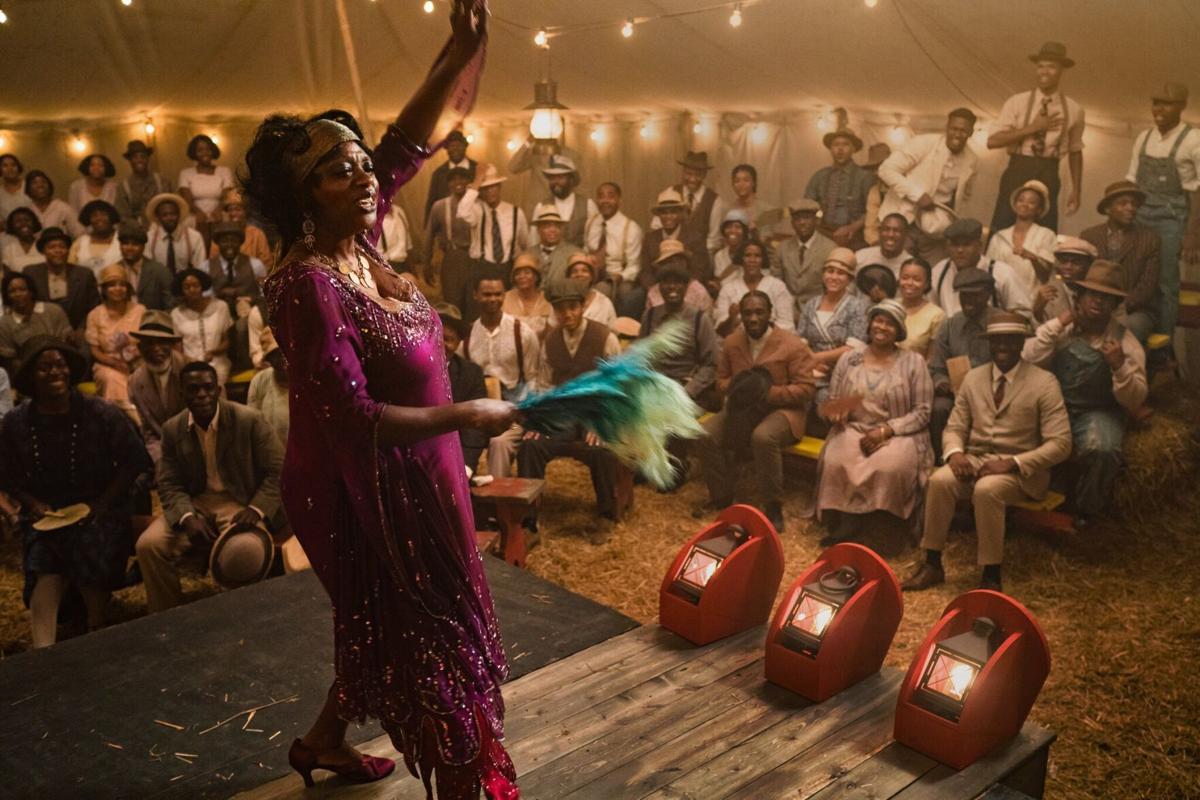 Since the ban on mass gatherings due to COVID-19 started March 13, 2020,, Cleveland’s Playhouse Square has canceled or postponed 680 performances and lost nearly $4 million in revenue. But with the roll-out of a vaccine, Playhouse Square president and CEO Gina Vernaci, who oversees its KeyBank Broadway Series, said in a news release, “We anticipate that Broadway will return to our stages in the fall of 2021.”

In the meantime, there has been no shortage of new stage to small screen renditions of Broadway plays and musicals provided by subscription-based streaming services. The latest, “The Prom” and “Ma Rainey’s Black Bottom,” premiered on Netflix in mid-December and remain available for your viewing pleasure.

Of course, that depends on what you define as pleasurable, for these two Golden Globe nominated offerings could not be more different in terms of topic, time period and temperament.

“The Prom” premiered on Broadway in 2018 and was good enough to receive seven nominations for a Tony Award, but closed a year later because it won none. With a fun but relatively inconsequential score by Matthew Sklar and Chad Beguelin – who also collaborated on the fun but relatively inconsequential “The Wedding Singer” and “Elf the Musical – the story follows four fading, self-involved Broadway actors who seek the spotlight by traveling to a conservative town in Indiana to help a lesbian high school senior banned from bringing her girlfriend to the prom.

“The Prom” has everything that young musical theater geeks adore, which are the very things that detractors of the genre abhor: characters so moved by emotion that they sing their feelings whenever the opportunity arises and even when it doesn’t, rampant over-the-top and infectious enthusiasm, and a token topical cause turned into songs, elaborate dance breaks, and a sentimental underscored moral at the end.

Matthew Libatique’s cinematography, under Ryan Murphy’s direction, removes the stagey proscenium aesthetic that constrains live theatrical performances and provides the home viewer with an ever-changing best seat in the house. But the camera never stops moving and the editing often takes on a hyperactive life of its own, which tends to place the storytelling before the story and the action ahead of the acting.

Fortunately, the acting is in the hands of world-class performers the likes of Meryl Streep, Nicole Kidman, James Corden and Andrew Rannells, and not easily squelched. By playing caricatures of themselves – though a straight Corden seems reluctant to find and flaunt the scripted flamboyance of his gay character – they add a much appreciated layer of satire and show-business-insider insight to the proceedings. Also featured is a terrific newcomer, Jo Ellen Pellman, as the lead character Emma Nolan.

In short, there is nothing subtle about the fun, full-frontal assault that is “The Prom,” while “Ma Rainey’s Black Bottom” is quite the opposite.

August Wilson’s play with music, inspired by the life and rebellious spirit of blues singer Ma Rainey, takes place during a recording session in Chicago in the 1920s amidst Jim Crow repression and the economic exploitation of black musicians by white producers. It premiered on Broadway in 1984, where it was a runner up for the Tony Award for Best Play won by Neil Simon’s “Biloxi Blues.” This Netflix restaging is part of an ongoing project to preserve each of Wilson’s 10-plays that represent aspects of black life in the 20th century by bringing them to the screen.

Ruben Santiago-Hudson’s screen adaptation of “Ma Rainey’s Black Bottom” certainly comes across as archival, particularly during Wilson’s trademark speeches and the lengthy verbatim exchanges between Ma’s band as they swap stories of lynching, perseverance in the face of systemic racism, and the joy and discipline of performing music. Director George C. Wolfe purposefully avoids cinematic storytelling that calls attention to itself, which allows Wilson’s words to speak for themselves and resonate with the audience.

This approach to filmmaking also showcases without distraction the brilliant performances of Viola Davis (who won an Oscar for her role in Wilson’s “Fences”) as Ma Rainey and Colman Domingo, Glynn Turman, Michael Potts and Chadwick Boseman as her band. The rest of the cast is first-rate as well.

It is only during the musical portions of this production that more kinetic camera work and editing come into play, beginning with the bawdy, sweaty performance by Ma that kick-starts the story. But even here the visuals are subdued, as if the music is also being archived and serves to document the pain that birthed the blues.

There is no replacing live performance and the fall of 2021 can’t come too soon. But in their distinctive and divergent ways, both “The Prom” and “Ma Rainey’s Black Bottom” are worthwhile placeholders.

To read the five excerpts of “All the World’s a Stage Fright – Misadventures of a Clandestine Critic” written by Bob Abelman, the Cleveland Jewish News’ award-winning arts and entertainment critic, visit cjn.org/abelman.

It’s a fictionalized memoir that is grounded in the vibrant Cleveland theater scene and features an intriguingly flawed Jewish protagonist who takes readers behind the proscenium arch. And it offers a good laugh at a time when we need it most during the COVID-19 pandemic.

Abelman to appear on WCPN/ideastream

Bob Abelman will discuss “All the World’s a Stage Fright – Misadventures of a Clandestine Critic” in a podcast that will be available starting Feb. 5 at ideastream.org/engage/podcasts.

Bob Abelman will be among local authors in the spotlight at 11 a.m. Feb. 7 as part of the Mandel Jewish Community Center’s Cleveland Jewish Book festival. The free event will be held virtually. To register, visit mandeljcc.org for registration link.