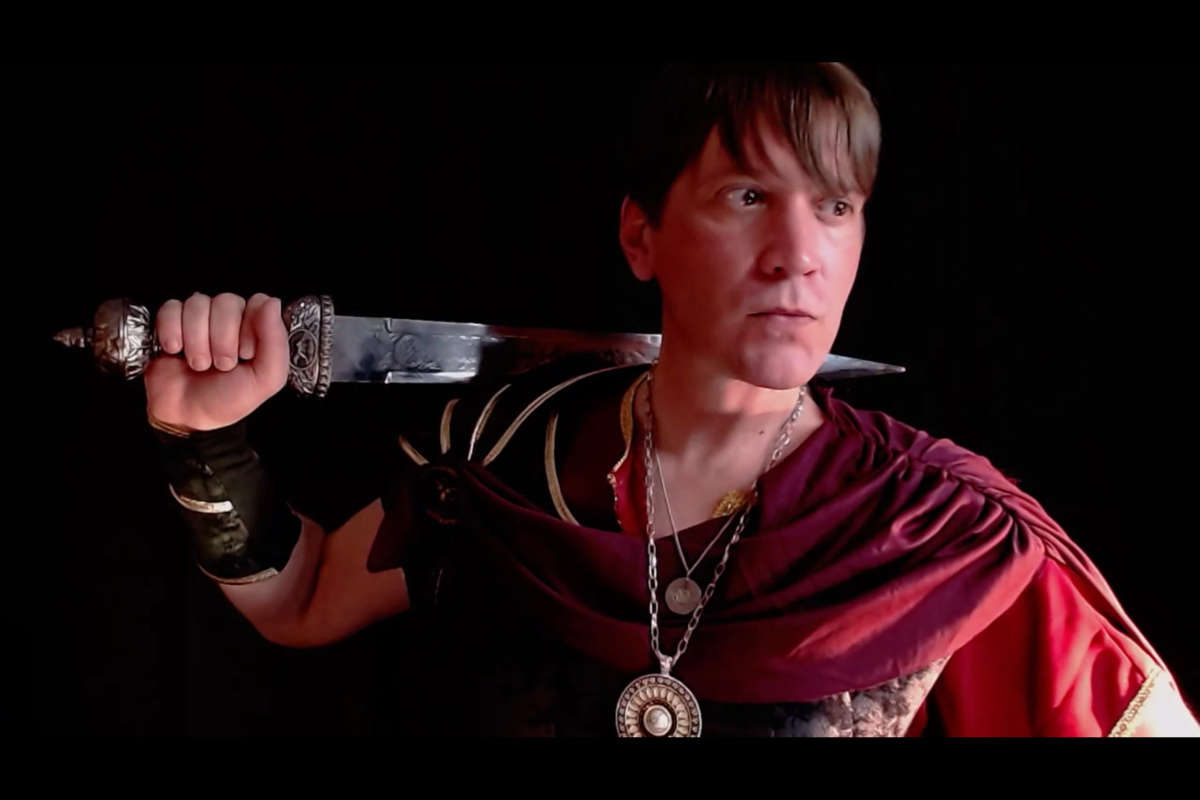 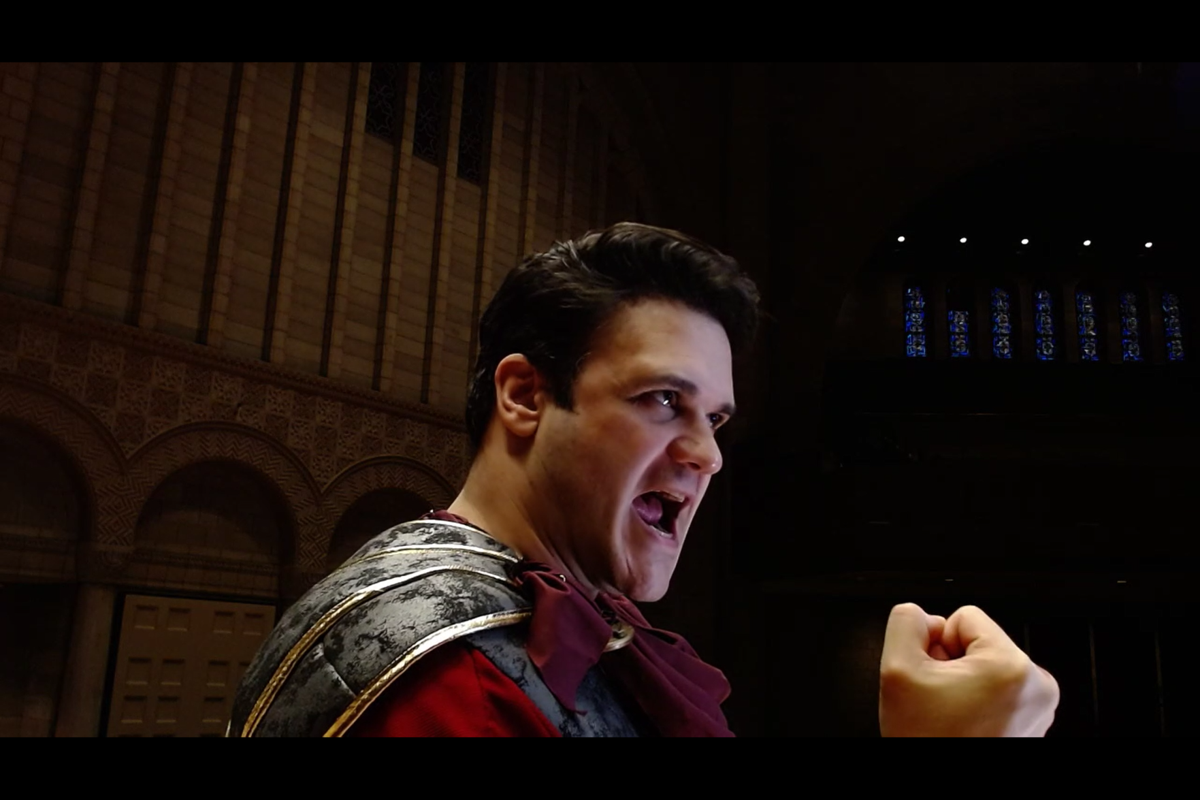 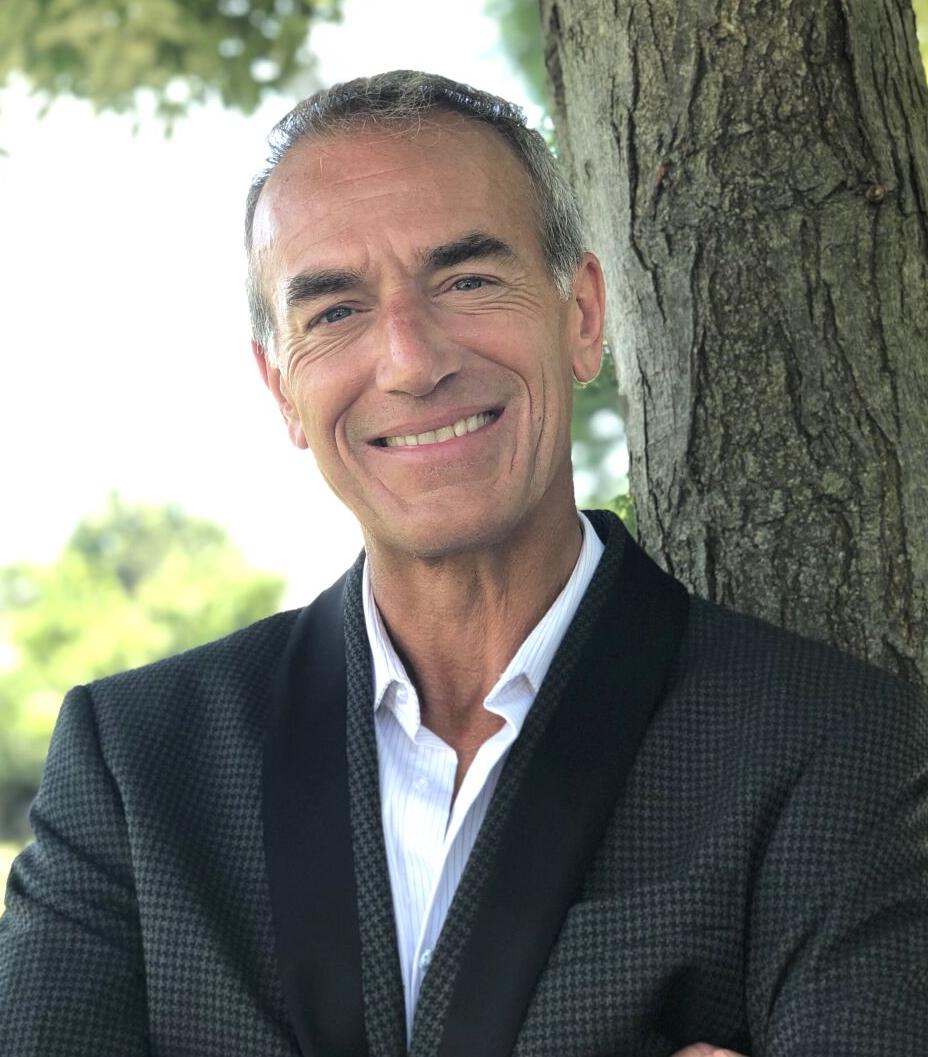 At the start of 2020, the stage was literally set for a New York City audition reading of Mike Petrone’s “Caesar: The Musical” before an audience filled with potential backers and producers. A studio recording of the songs in this Broadway-bound passion project had also been created for distribution among NYC’s theatrical inner circle.

For Petrone – the show’s writer, composer and keyboardist – this musical about the rise and fall of ancient Roman general, statesman and dictator Julius Caesar had been 10 years in the making.

“I’ve long been interested in the subject,” he told the Cleveland Jewish News. And so the musical was written during the cracks between Petrone’s piano gigs at Johnny’s Downtown in Cleveland (where he’s been known as “Cleveland’s Piano Man” for nearly 30 years), performances at private functions with his band and raising his young family in Cleveland’s West Park neighborhood.

With the early buzz the project was generating in the theater community and this rare opportunity to showcase the work for investors, it seemed as if the year 2020 was going to be a good one.

Beware the ides of March.

In March 2020, COVID-19 cases began to jump at alarming rates as did the hospitalizations and deaths. By the end of the month, national health agencies declared a state of emergency. Stay-at-home orders shut down all non-essential businesses, travel and gatherings that included auditions for new musicals about ancient rulers.

Living in lockdown, but eager to keep the project alive, Petrone followed up on a recommendation of a friend and reached out to Mainstreet Musicals, Inc., a national consortium of theater professionals who develop performance opportunities for original stage musicals. In November 2020, a one-hour version of the soundtrack recording of “Caesar: The Musical” and a revised script narrated by actor Hal Linden appeared on public radio station WBAI in New York City.

“I was so grateful and excited for the radio version and the rave reviews,” Petrone recalled.

Still hampered by COVID-19 limitations and protocols, Petrone got the idea to film the piece with exceptionally talented but out-of-work New York and Cleveland actors, including William Clarence Marshall as the narrator, Dan Folino as Caesar, Connor O’Brien as Marc Antony, Marc Moritz as Pompey and Jill Tschetter as Calpurnia, Caesar’s wife who would lip-sync to the previously recorded soundtrack.

Petrone’s wife, Kristine Jackson, an acclaimed musician, was familiar with the Maltz Performing Arts Center’s Byzantine-style Silver Hall and suggested it could provide the perfect backdrop for the filming of “Caesar: The Musical” without having to create scenery.

Using the former temple in Cleveland to house the telling of Caesar’s story also seemed particularly appropriate. Since the mid-2nd century BCE, when Jews left their homeland in Judea across the Mediterranean and founded communities in Rome, Caesar proved to be among the most protective and supportive of the empire’s rulers. Prior to his assassination, Caesar restored rights to the Jews, recognizing Judaism as a religion and permitting its practice in temples. What goes around comes around.

“I received an email from Jason, which said that the Silver Hall had been gifted to me for a day as a ‘thank you from a friend,’ who had been tipped off about my interest in the space,” Petrone said.

That friend was Medical Mutual of Ohio CEO Rick Chiricosta, for whom Petrone had written a father-daughter dance song for Chiricosta’s oldest child’s wedding.

On Jan. 30, with Petrone working the camera and his wife managing the computer, 17 actors with individual slots for socially-distanced filming spent eight hours at Silver Hall.

“We shot about 75% of the movie that one day,” Petrone said. “The rest we shot in our attic at home, which we converted into a sound stage.”

The 90-minute film, which was made for less than $15,000, received a screening for cast and crew in May at Cedar Lee Theater in Cleveland Heights.

Since then, “Caesar: The Musical” has received numerous acceptances and awards from film festivals. The biggest news to date is the film’s score was selected as a semifinalist for the Burbank International Film Festival this weekend.

Petrone is still set on “Caesar: The Musical” being a staged event, per his original vision.

“If not in NYC, then bringing it full circle back to Cleveland would be just as wonderful,” he said. “And if not now, then soon.”