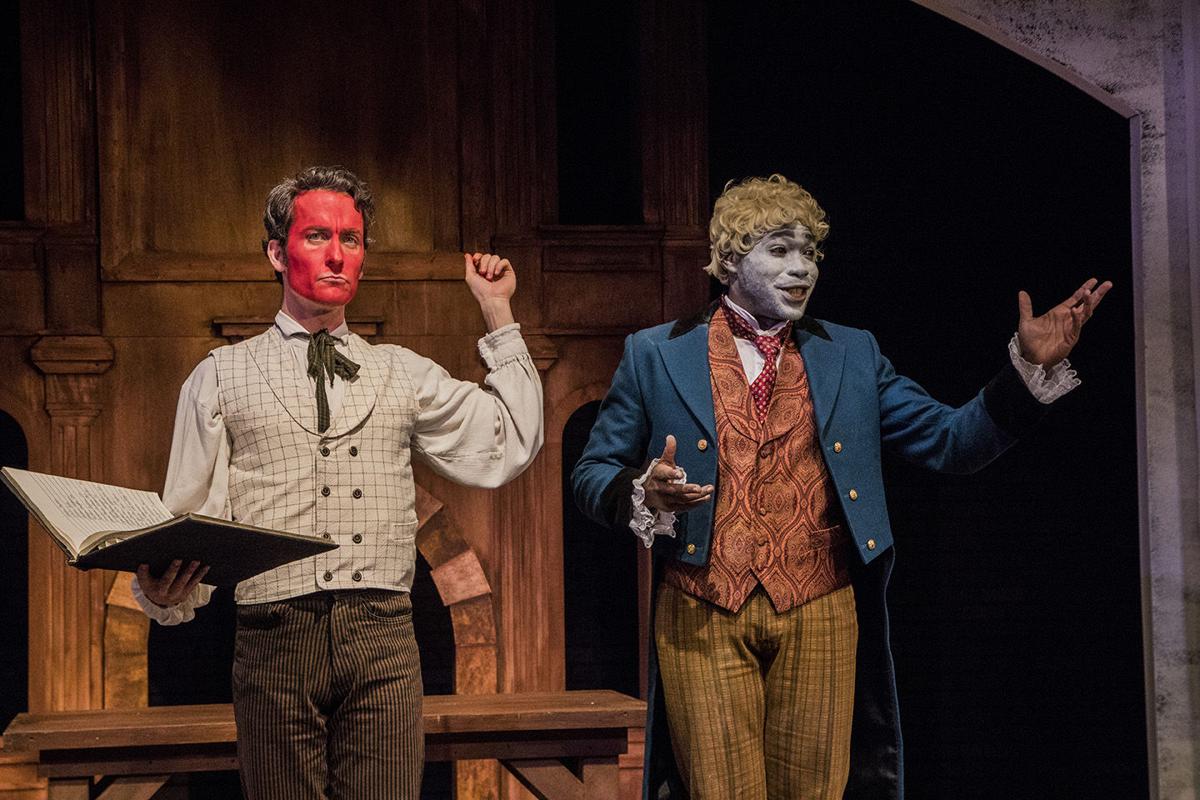 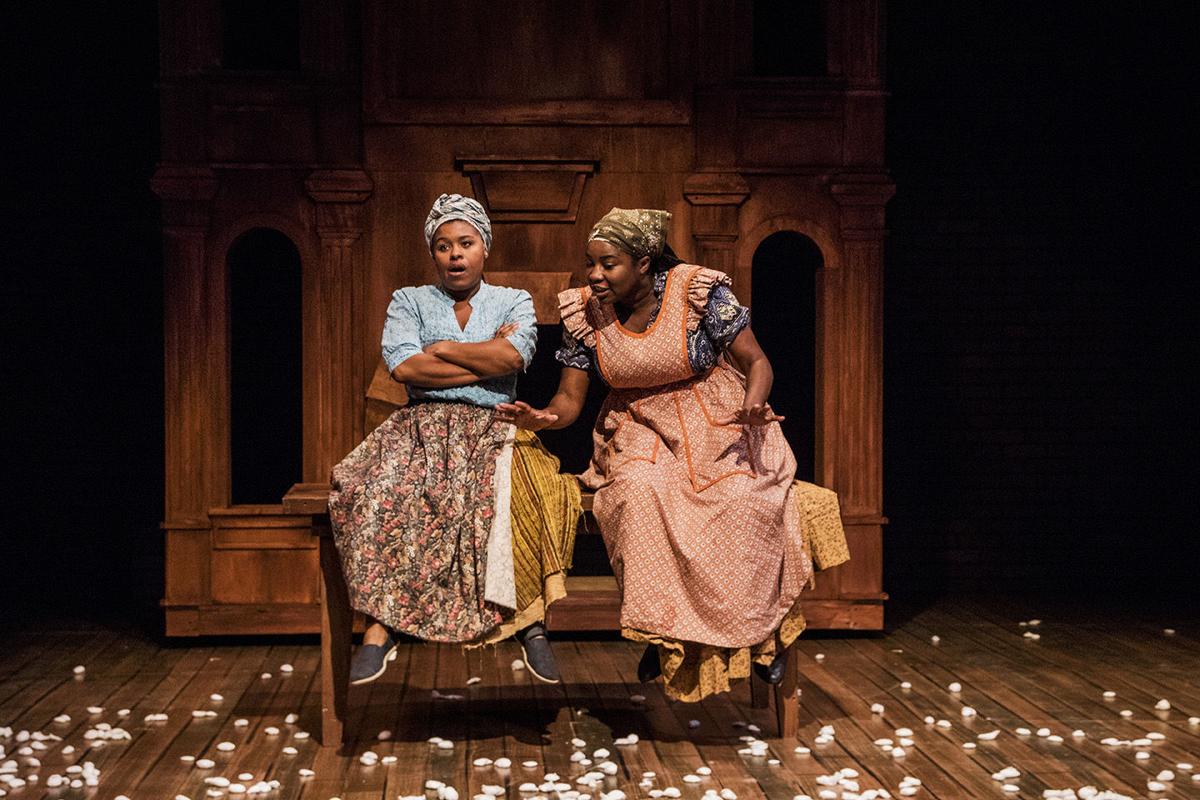 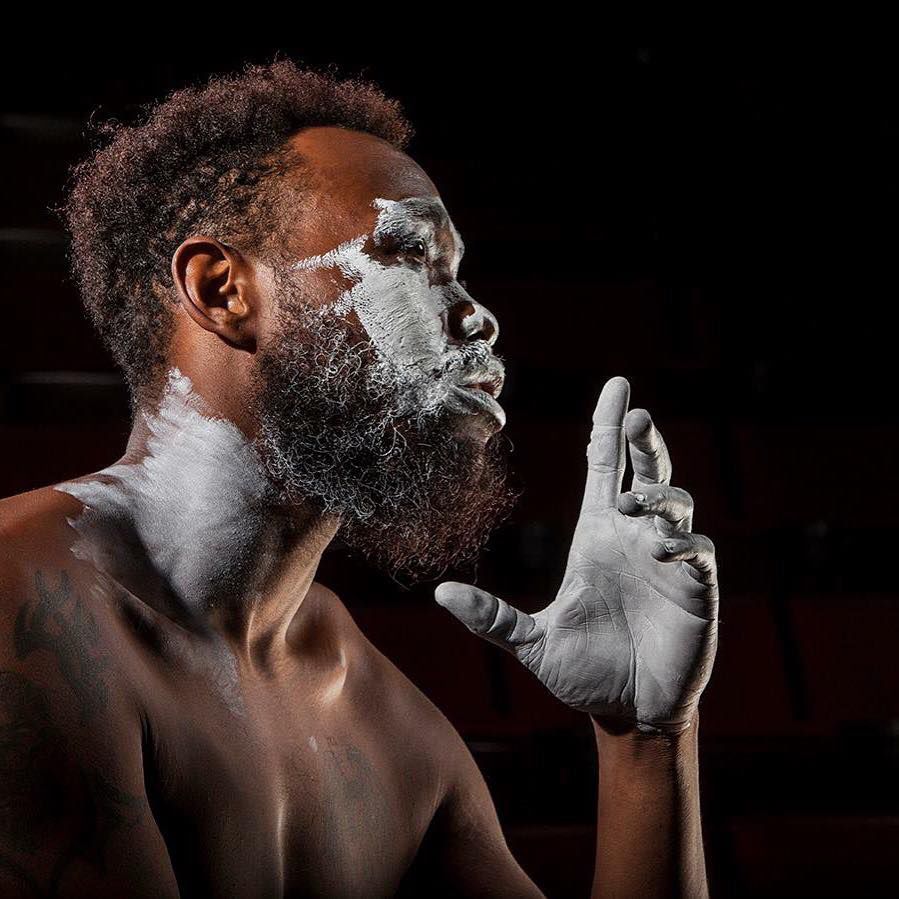 “Hi, everybody,” says an actor in his underwear. “I’m a ‘black playwright.’ I don’t know exactly what that means.”

So begins Branden Jacobs-Jenkins' Obie Award-winning “An Octoroon” which, in an act of defiance and artistic integrity by Dobama Theatre, is being introduced to Cleveland audiences in a month other than February.

The play is an innovative adaptation of an antebellum melodrama called “The Octoroon,” about the financial woes that have befallen a Louisiana cotton plantation and its impact on the community of slaves. The original work was written by Irish immigrant playwright Dion Boucicault and played in New York’s Winter Garden Theatre in 1859 not long after the publication of Harriet Beecher Stowe’s “Uncle Tom's Cabin” and not long before the Civil War.

Jacobs-Jenkins' re-envisioning is not so much about Black History as unresolved American History. Of course, in the hands of a man nominated for a Pulitzer Prize in Drama and the recipient of a 2016 MacArthur Foundation Genius Grant, it is also an audacious statement about the current state of race relations that comes with implied talking points intended to provoke discussion.

The play is heavily dependent on the source material’s dialogue, characters and 19th-century sensibilities as a “sensation drama,” which was designed to get white audiences out of their comfort zone and respond with intensity and resolve within the safe, familiar and anonymous confines of a darkened theater.

But Jacobs-Jenkins realizes full well that it takes more than mere racist portrayals, the casual and routine use of the N-word, and a darkened theater to get modern audiences to become uncomfortable and turn introspective.

And so he infuses this play with layers of outlandish meta-theatricality.

He starts by making himself a featured character (portrayed with immense charm by Ananias J. Dixon) who not only introduces his own play but then applies cosmetic ethnicity and Tesia Dugan Benson’s spot-on costuming to become the kind white plantation owner and, also, a villain named M’Closky.

Meanwhile, the white actor (Abraham Adams) who depicts playwright Boucicault at the top of the play applies red makeup to portray a Native American while another actor, who is half Bangladeshi (Arif Silverman), dons blackface to play both an elderly and young plantation slave.

The overt theatrical nature of the storytelling and its tendency to call attention to its own artifice helps explain the existence of a silent Br’er Rabbit (Nathan A. Lilly) who supervises every set change, sound designer Derek Graham’s clever underscoring of the action, and scenic designer Richard H. Morris, Jr.’s rendering of the plantation’s Manor House, which is nothing but a thin façade.

Jacobs-Jenkins also keeps the audience off-balance by allowing the melodramatic conventions of the original work to become the comical styling of his own play.

We find ourselves laughing at all the ridiculous over-emoting, stagey posturing and tasteless slapstick while references to babies being sold are bantered about by a pregnant slave (Maya Jones).

We laugh along with the grotesque stereotypical portrayal of a demure Southern belle in a farcically layered pink hoop skirt (Anjanette Hall) as she reflexively abuses the slave who fans her.

We are sympathetic toward the adorable daughter (Natalie Green) of the plantation’s recently deceased former owner, until she reveals the hardships of being one-eighth black – an Octoroon – and born to her father’s slave.

The playwright’s love for incongruity peaks in the delightful scenes involving two house slaves (Katrice Monee Headd and India Nicole Burton), who use profanity-laced contemporary expression to gossip about the white folk.

While all this is transpiring, director Nathan Motta has the production spotlight occasionally scan the audience so to eliminate all hope of anonymous amusement from such politically incorrect entertainment.

This play is interesting, to a point, but the first act doesn’t add up to the level of provocation promised in Motta’s pre-show warnings and foreboding program notes.

Have patience, for the humorous set-up and the wildly affected performances by this enormously talented ensemble pay off in the second act when folly abruptly gives way to moments of startling poignancy.

Jacobs-Jenkins may identify himself as an unsure black playwright at the start of “An Octoroon,” but by the end of it he will certainly be called clever and caustic by those in attendance. And we will certainly be talking about race, as designed.