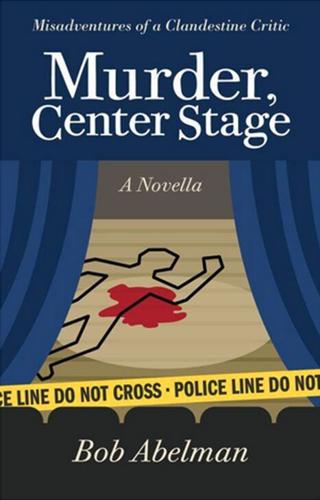 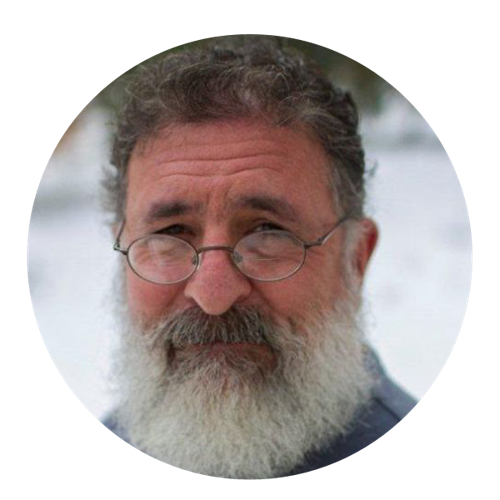 This is the second of four excerpts from “Murder, Center Stage,” the next installment of the “Misadventures of a Clandestine Critic” novella series written by Bob Abelman, who covers professional theater and cultural arts for the Cleveland Jewish News.

In this laugh-out-loud, backstage sequel to “All The World’s A Stage Fright,” our hero – a flawed but infallible theater critic for the Cleveland Jewish Chronicle – is performing in a professional production of Stephen Sondheim’s bleak and brilliant musical “Sweeney Todd,” so he can write about the experience. But on a sold-out opening night, Asher Kaufman finds himself in the middle of an unscripted, on-stage murder and is asked to help determine which of his quirky castmates could convincingly play a killer. The prime suspects claim innocence but, as Asher knows all too well, they could just be acting.

This fun and fast-paced murder mystery is being published by the Cleveland Jewish News and Gray & Company, Publishers. The book is available to CJN readers to pre-order for $14.95 at cjn.org/books and includes FREE shipping. The novella is also available at local bookstores and on amazon.com.

Excerpt 1: All of us deserve to die

The opening night production of “Sweeney Todd” has been halted and I’ve been sitting in the sixth-row seating of the Hedley Theatre for about an hour now. After the gruesome murder that took place mid-production in front of sickened North Coast Theater board members and five hundred shocked theatergoers and season subscribers, management ordered everyone in the audience to quickly move into the lobby and everyone on stage and backstage to take a seat in the house.

Upon the arrival of the Cleveland police, our stage was officially declared a crime scene and we are, we assume, all suspects.

Asked by the authorities not to discuss the evening’s events until our meet-and-greet with the assigned detective, the actors in my section decide to tell stories about performers who had died on stage. Sure, this is not your normal response to the gruesome death of a colleague. But actors are not particularly normal in the best of times.

“I remember hearing about a community theater actress who died while performing in the old melodrama ‘The Drunkard’ at the Towson Moose Lodge in Baltimore,” began Charlie Mathias. He plays Judge Turpin in the musical, the fellow who falsely imprisoned a younger Sweeney Todd, ravaged his wife, and took his daughter Johanna as his ward and future bride.

“Edith Webster was her name,” he continues. “The 60-year-old amateur player sang a lively little ditty – ironically titled ‘Please Don’t Talk About Me When I’m Gone’ – and had a sudden heart attack upon its conclusion.” Charlie pulls the opening lyric of the song from memory with the aid of a few notes from the clarinetist sitting two rows behind him before being stared at and effectively shut down by several uniformed officers who are clearly not fans of musical theater.

“When the actress face-planted onto the floor after the song,” resumes a more subdued Charlie as we all lean in to better hear the story, “the audience thought it was part of the show and gave her a rousing round of applause. When she didn’t respond, the audience thought she was just milking the moment and rewarded her showmanship with a standing ovation.”

This time our laughter warrants daggers from the eyes of the stage crew sequestered at the back of the theater, who are sitting silently and stoically as requested by the authorities and per their stealth training and Jedi discipline.

“Not a lot of people know this,” adds Silvia Cooper, our meat pie-slinging Mrs. Lovett, in a clever attempt to weave implausible fiction into possible fact, “but the theater critic from the Towson News-Herald Gazette Times Courier was also the small-town newspaper’s obit writer. With only limited column inches at his disposal, he merged his review with a memorial. It read: ‘Known for her remarkable realism and flair for improvisation on stage, Edith Webster didn’t disappoint in last night’s ‘The Drunkard.’ Her next appearance will be a matinee at the Murphy Funeral Home this Saturday, with visiting hours from 10 a.m. to 3 p.m.’” We all clapped, quietly, in appreciation of Silvia’s ingenuity.

Looking at the drop cloth-covered body still on the stage and being brutally reminded of life’s capriciousness, I come up with something clever had the Towson News-Herald Gazette Times Courier theater critic also been the paper’s self-help columnist: “Dear Perturbed: So you think you’ve got problems.”

Before I can share it, all heads abruptly swivel toward the emergency exit closest to the stage at the far left of the theater as the heavy double doors slam open with a bang. They make way for two huge figures who we assume is the detective and what appears to be her pet yeti.

It’s late by the time my backstage interrogation by Detective Brandstätter ends.