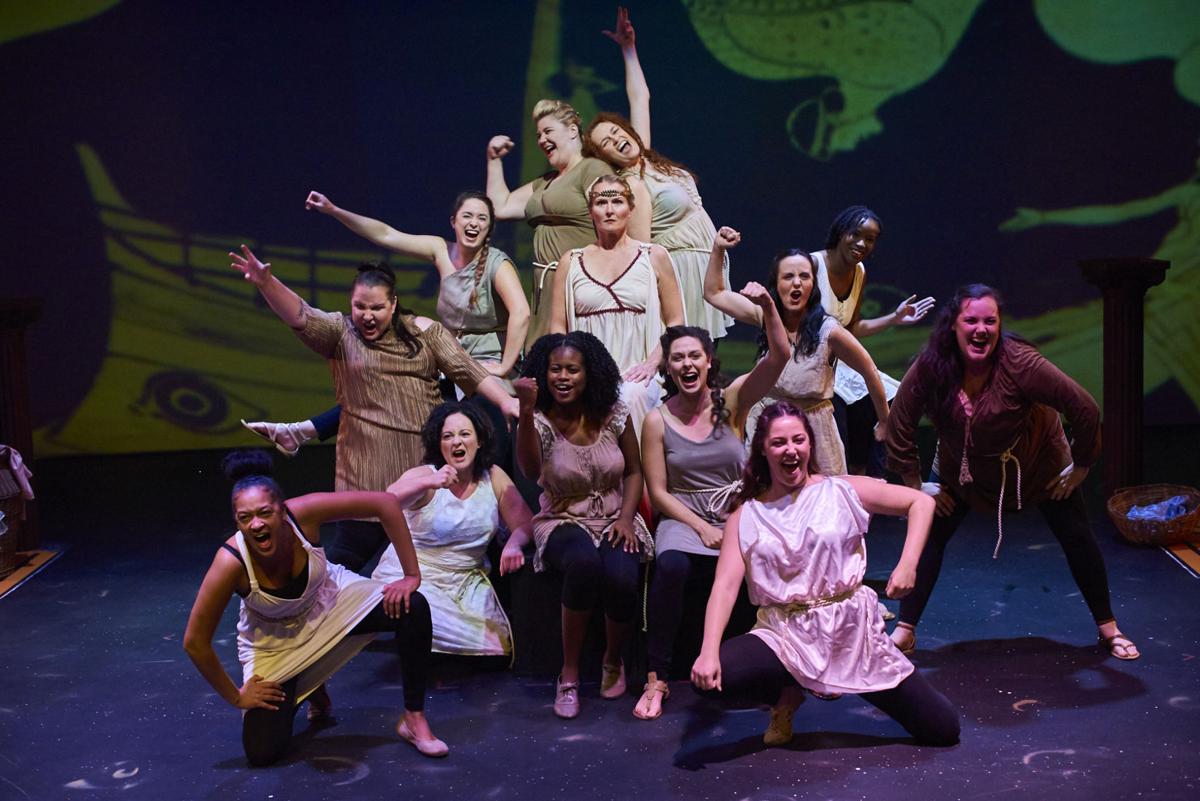 The cast of “The Penelopiad” 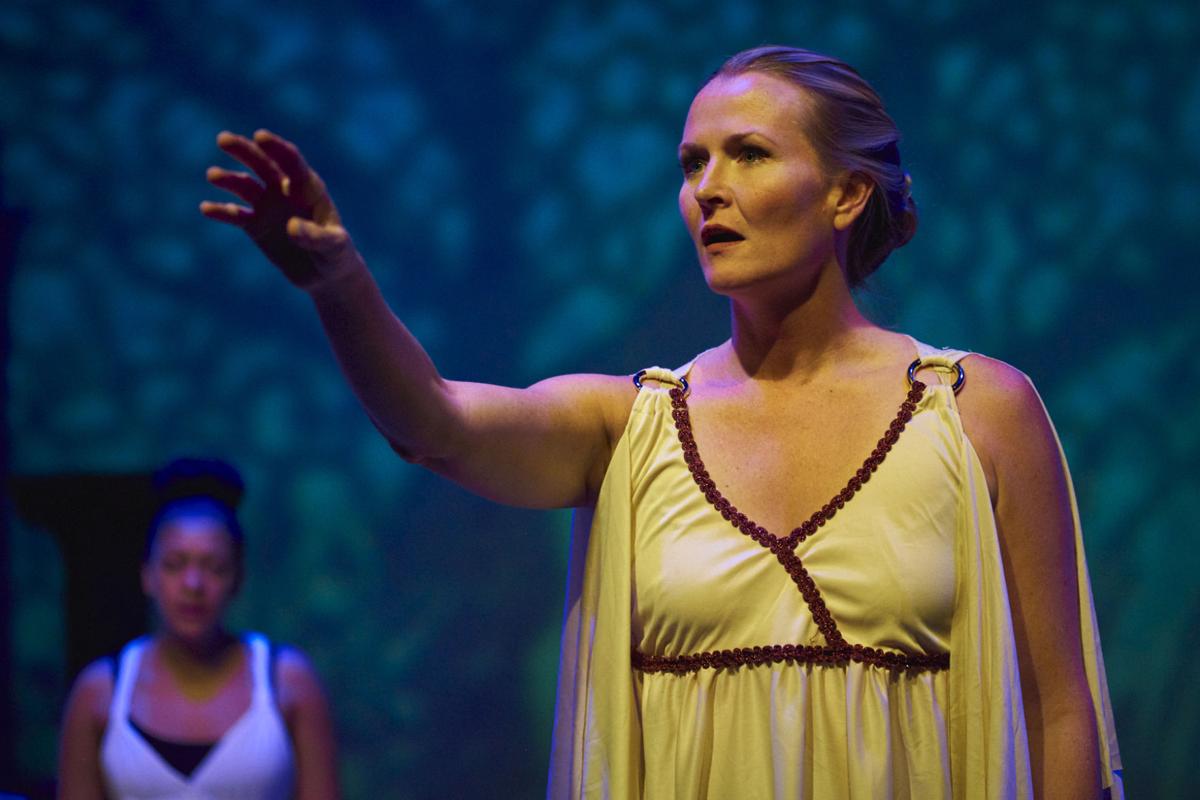 Margaret Atwood’s book “The Handmaid's Tale,” which was turned into an Emmy Award-winning TV show in 2017, is set in a brutally repressive near-future patriarchy formerly known as the United States. There, young women referred to as Handmaids are stripped of their names, identities and rights, and ceremonially raped. At the center of the story is a woman determined to use her intelligence to survive this world and regain her sense of self.

A similar theme, contemporary applicability and brand of feminism is evident in the author’s 2005 novel “The Penelopiad” which, in 2007, was turned into the compelling play currently being mishandled by Ensemble Theatre.

“The Penelopiad” retells Homer’s male-centric, nearly 3000-year-old “The Odyssey” from the perspective of Odysseus’s wife, Penelope, who was little more than an unflattering footnote in the original tale. “When I died,” she tells the audience early in the play, “I was turned into a story, but not the kind of story I would prefer.” Here, accompanied by an all-female ensemble that takes on multiple roles, she fills us in on her backstory, speaks of the suffering and survival strategies of the women left behind when men go to war, and describes her 12 maids – who were raped before Odysseus’s return and cruelly hanged after – as the true tragic heroes in Homer’s tale.

The play, like the novel, is structured as a classic Greek drama, with the storytelling alternating between Penelope's narrative and choral commentary provided by her maids. It is told from Hades, where these dead Greeks now reside, and their storytelling takes us back to Ithaca, home of Odysseus. And it is written with the same kind of epic poetry as the original work, which means that it is a wordy piece of theater that tends to describe rather than show.

As such, “The Penelopiad” is in desperate need of artistic vision and innovation in its staging, much like the recent production of “An Iliad” at Cleveland Play House, where Homer’s ancient epic poem was cleverly condensed and retold by one woman and a cellist in a riveting master class in bringing canonical literary work to life.

Director Celeste Cosentino does little to effectively enliven the theatrical storytelling here. Lighting and projections of Greek urn imagery, designed by Ian Hinz, fail to distinguish between the worlds of Hades – which is described but not depicted as “gloomy” – and Ithaca. Hinz’s scenic design, which entails the frequent rearrangement of 12 black boxes to form assorted set pieces in an otherwise empty performance space, is quite interesting in act one but grows tiresome by act two. Kelsey Tomlinson’s mismatched tunic and black legging costuming is similarly uninspired stagecraft.

Though hardworking and earnest in their endeavor, most members of the ensemble (Sarah Blubaugh, Julia Fisher, Diana Frankhauser, Marina Gordon, Maya Jones, Ines Joris, Grace Mitri, Zyrece Montgomery, Shley Snider, Hanna Storch, Jaytionna Wells and Stephanie Wilbert) approach the play’s often exalted and clearly abundant verbiage with so much reverence and gravitas that the tales they weave are weighed down and distant, like bad Shakespeare.

As a result, much of the humor found in this play – particularly in the ensemble‘s depiction of the men of “The Odyssey” – is never realized. Mugging, as can be seen in the above photograph, takes the place of more well-crafted male caricatures and the transitions from maids to men are artless.

To the ensemble and director’s credit, the playwright does them no favors. One moment the actors are spirits, then maids, then sailors and then suitors, which is difficult to stage and is, perhaps, one of the reasons this play is rarely performed.

The actor digs deep into what makes this mythic character tick. In addition to highlighting the heroism and horrors that take place on the home front during war, the passion and pain in her presentation underscore the misogyny that goes hand in hand with that enterprise. As an Atwood heroine, Fritsche understands and captures the prerequisite qualities of a pragmatic survivor. And she does so without all the reverence that surrounds her.

In short, “The Penelopiad” is better on the page of a novel than on the stage as a play. The reasons why can be seen at Ensemble Theatre.

The Arts: Week of November 1