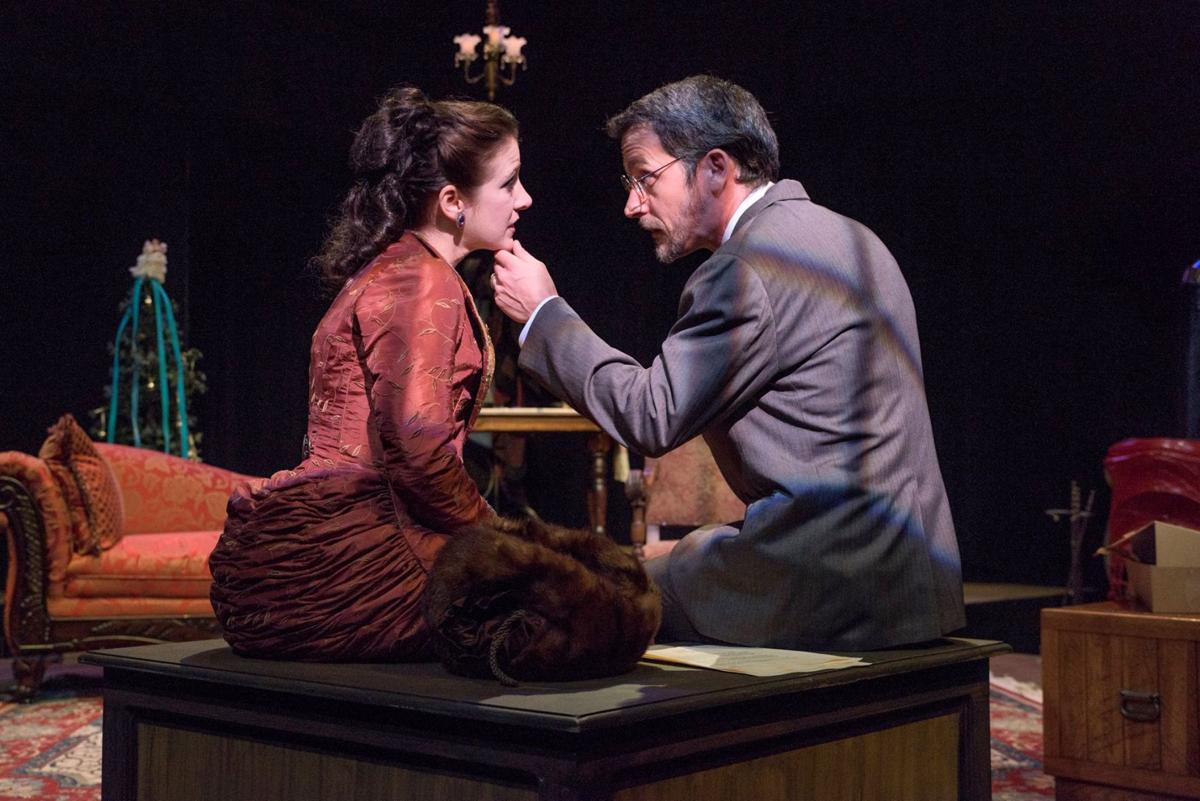 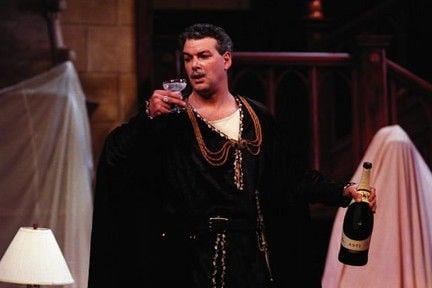 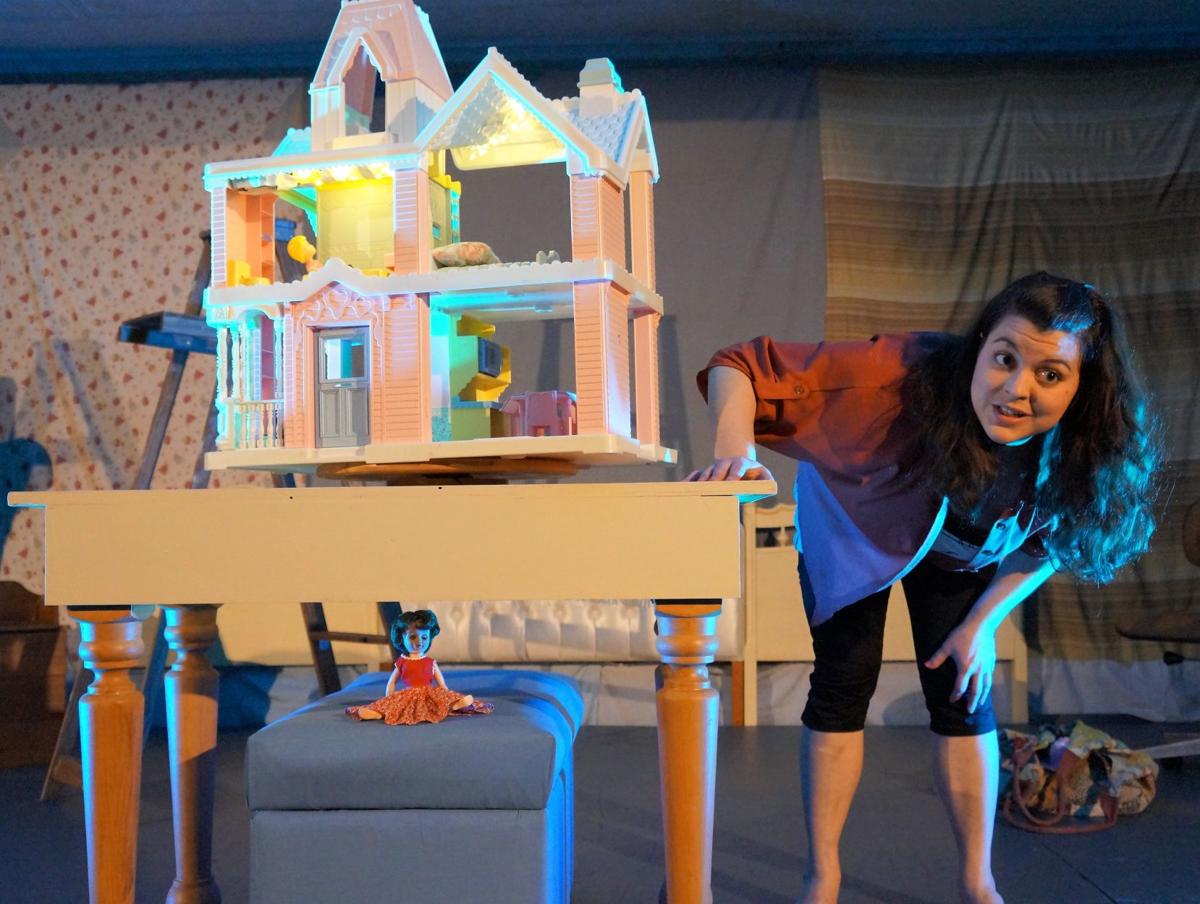 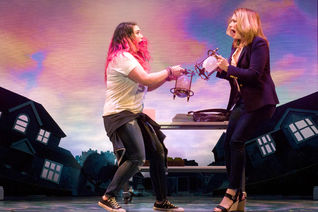 Emma Hunton as Ellie, from left, and Heidi Blickenstaff as Katherine in “Disney’s Freaky Friday” at Cleveland Play House 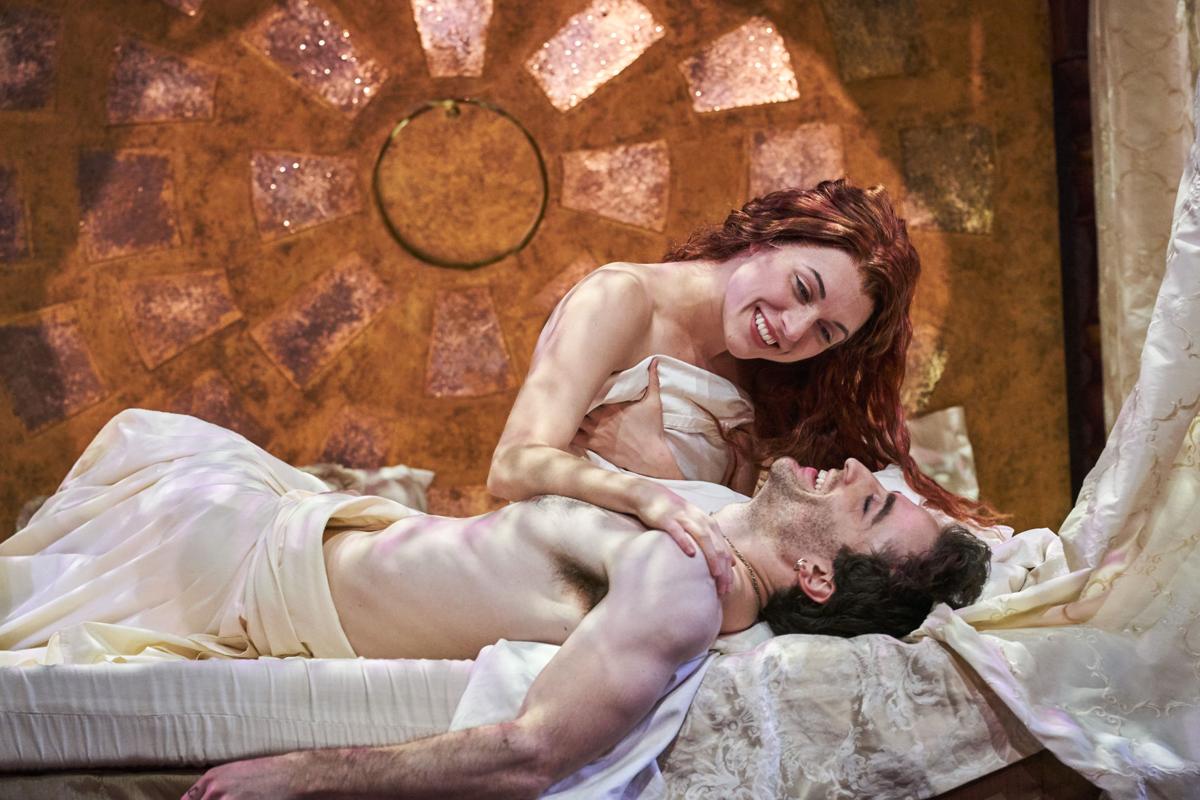 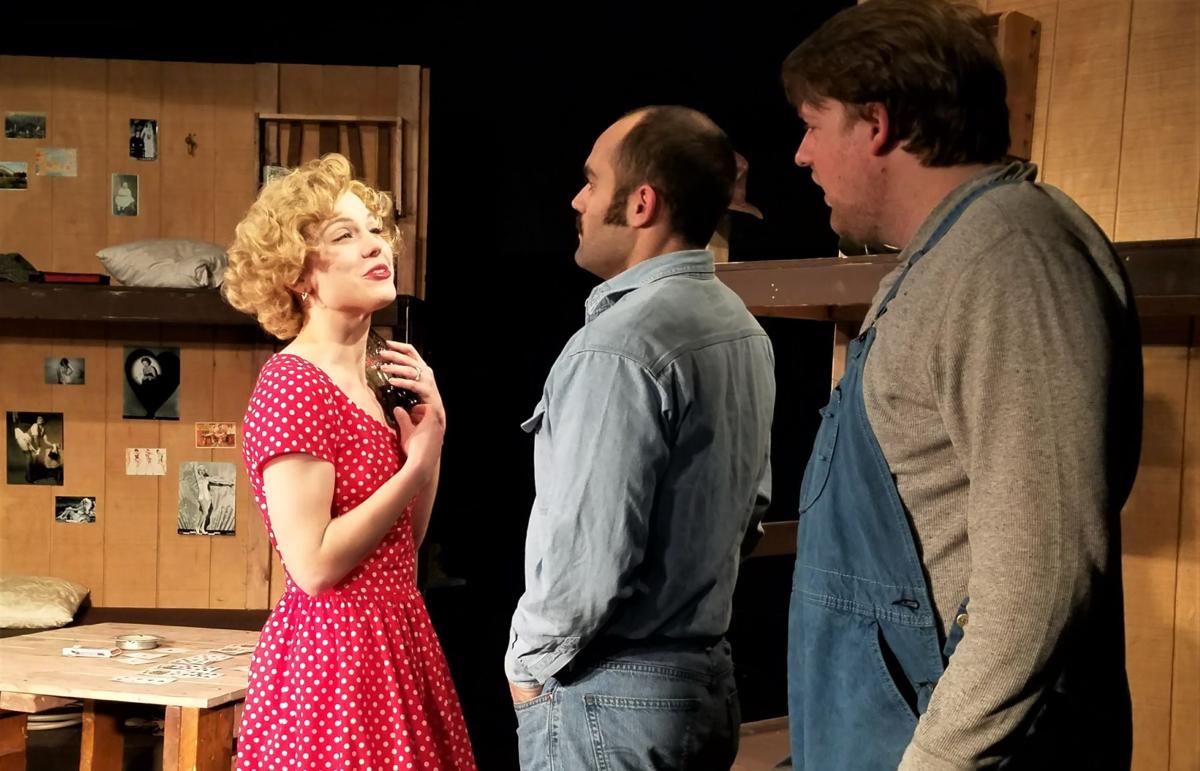 Tess Burgler as Curley’s wife, from left, Joe Pine as George and Derrick Winger as Lennie in Coach House Theatre’s production of “Of Mice and Men” 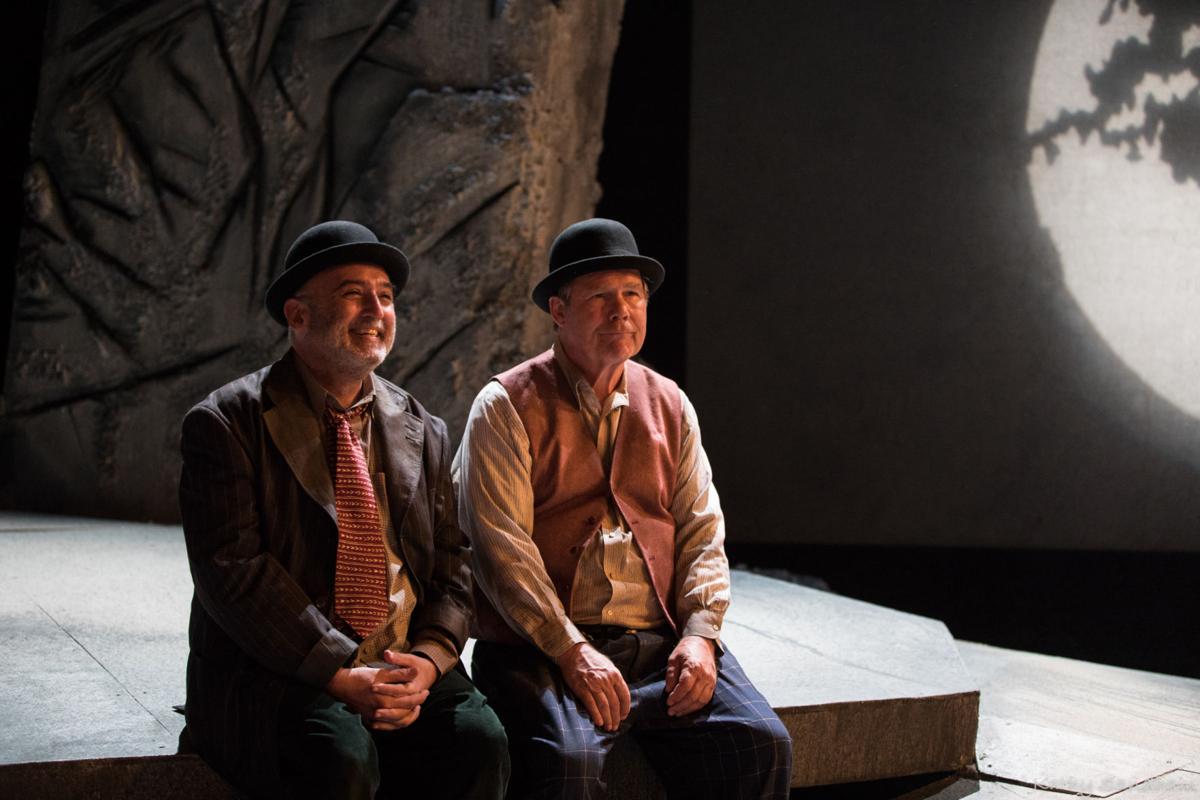 Michael Mauldin as Vladimir, from left, and William Hoffman as Estragon in the Beck Center’s “Waiting for Godot” 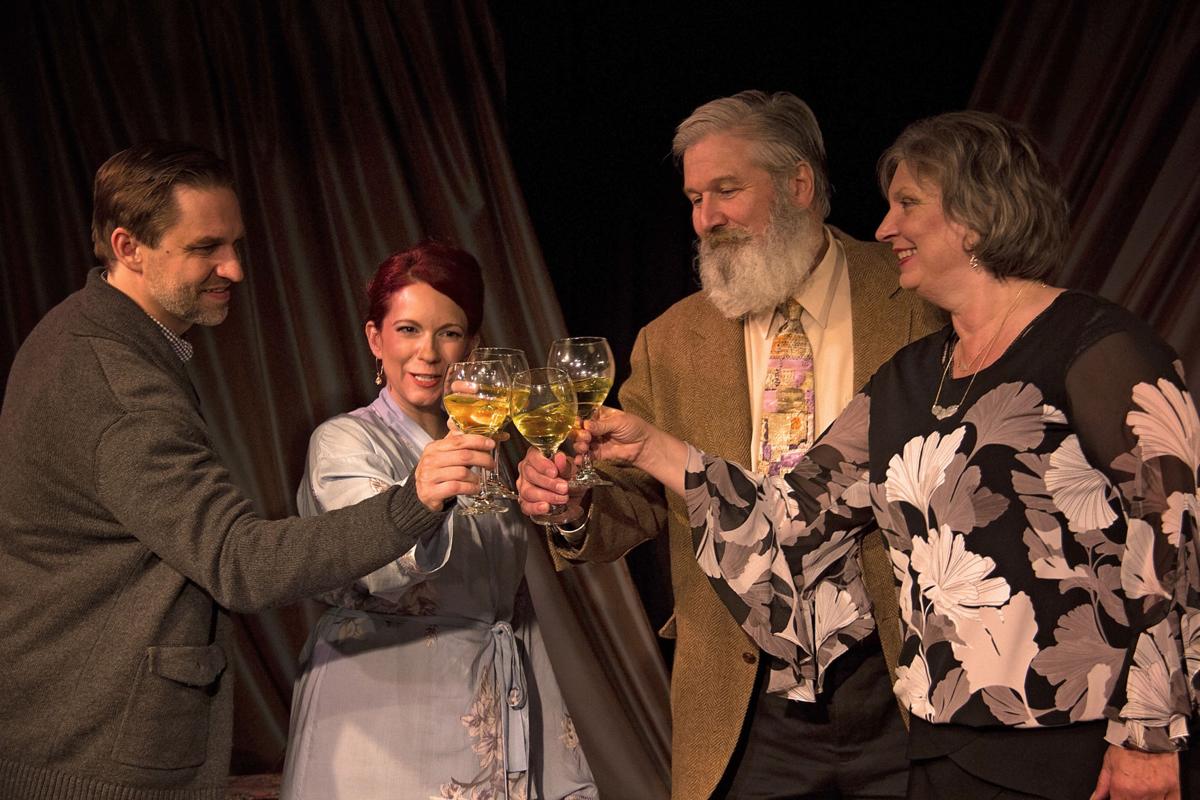 Brian Bowers as Henry, from left, Tricia Bestic as Sonia, Dana Hart as Hubert and Julia Kolibab as Inez in “Life x 3” at Cesear’s Forum 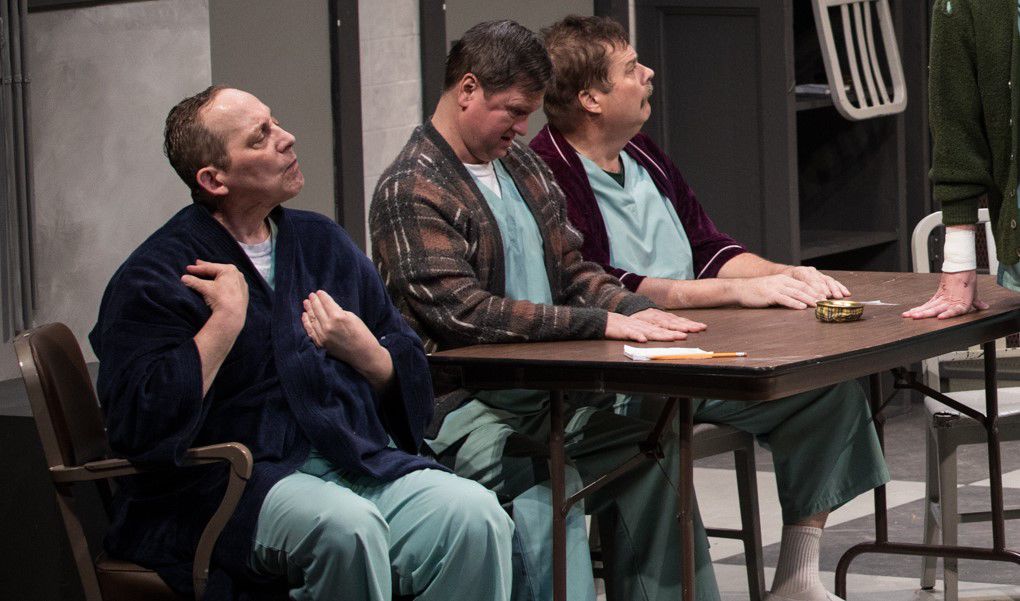 George Roth, left, Tony Zanoni and Steve Oleksa in Beck Center for the Arts’ “One Flew Over The Cuckoo’s Nest” 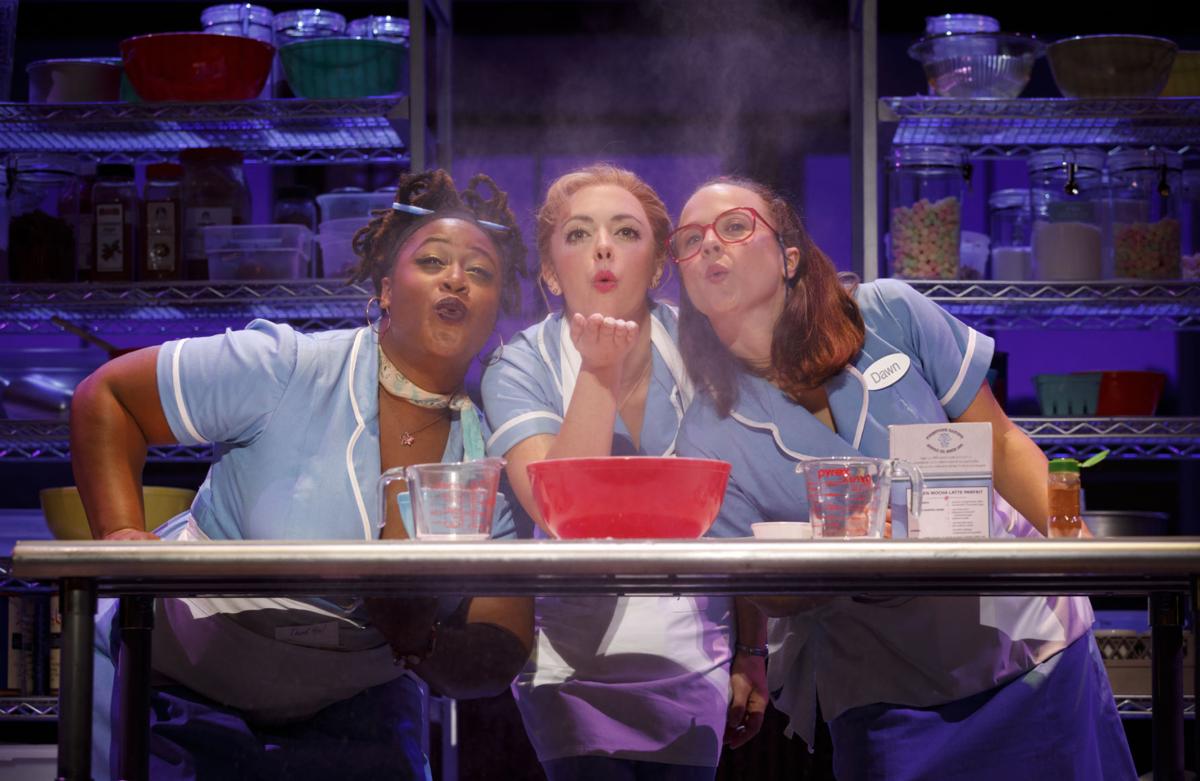 Charity Angel Dawson as Becky, from left, Desi Oakley as Jenna and Leene Klingaman as Dawn in the national tour of “Waitress” at Playhouse Square 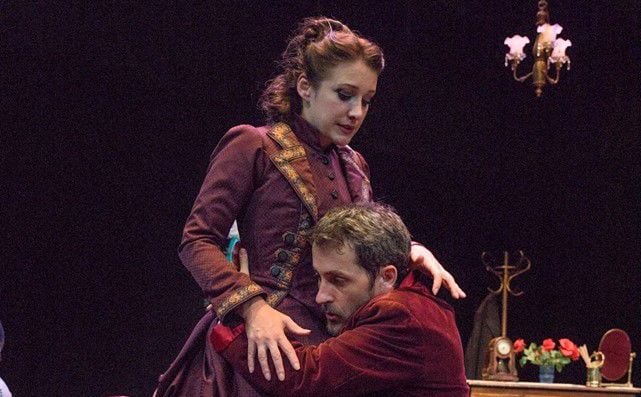 When we reflect back on a live theater production, it is usually a specific moment that we recall – an instant when a playwright’s idea, a director’s vision, and/or an actor’s performance surpasses an audience’s expectations and something special happens.

Such moments seem frozen in time and suspended in space. It is these isolated, elusive and brilliant moments that keep theatergoers coming back for more and win over the next generation of patrons.

Theatrical missteps and creative miscarriages are similarly memorable and, for the audience if not the performers or production staff, can be just as entertaining. Awe can be found in work both awesome and awful.

Here are ten of this past year’s most memorable moments – both fantastic and unfortunate – from productions that have graced Cleveland’s Playhouse Square, Off-the-Square theaters, and other area stages.

The small roles of Topper, Miner, Rich Man 3 and anonymous ensemble member in the Great Lakes Theater’s 29th annual production of “A Christmas Carol” are modest to say the least. But in a perfect moment of irony and understatement, they launched the overdue return to the Cleveland stage of  GLT’s favorite son and Cleveland Play House’s long-time leading man Andrew May.  May appeared in the same play in 2009 before leaving town for greener pastures. In his brief on-stage interaction with Dougfred Miller as Rich Man 2 and Aled Davies as Rich Man 1, May finds a brilliant moment of humor that even Dickens was unaware existed.  In February, he will star as romance novelist Paul Sheldon in the GLT production of Stephen King's "Misery."  Welcome back, Andrew.

For nearly 70 years, Cleveland’s baseball players and playwright Samuel Beckett’s “Waiting for Godot” vagabonds have been searching for salvation and redemption, and always came up short. But during one Friday night in October, the Indians met the Yankees for game 2 of the ALDS while Vladimir and Estragon were on stage waiting for Godot at the Beck Center for the Arts. And while the typically lights-out pitching of Cy Young award-winner Corey Kluber and Beckett’s titular character were both no shows, folks at the Beck were greeted with the news that the Tribe pulled off a 13th inning victory thanks to Yan Gomes’ game-winning single just as they were leaving a remarkable production thanks to director Eric Schmeidl and actors Michael Mauldin, William Hoffman, Brian Pedaci, George Allan Byrne and Jake Spencer.

The first of what will be many instances of stage-vomiting early in Amy Schwabauer’s self-scribed one-woman show “This Is NOT About My Dead Dog” lets you in on the fact that this will not be a typical or necessarily pleasant evening of theater. Receiving its world premiere production at Playwrights Local, the show – three parts confessional, two parts therapy and one part sketch comedy – offered an assortment of tragicomic events that transpired during Schwabauer’s young life. Many of us have had moments like these, but few of us are brave enough to put it on stage before an audience, brilliant enough to perform it ourselves, or brazen enough to consider it theater.

Everything that was so wrong about “Freaky Friday” was quickly off-set by all that was so right about CPH’s production of the screen-to-stage dramedy “Shakespeare in Love.” The show, under Laura Kepley’s direction, was gorgeous to look at, brilliantly performed, thoroughly entertaining, hopelessly romantic and absolutely engrossing. It began with a hilarious pre-show announcement by the ensemble that warned us to turn off our cell phones but served to set up the playfulness that would persist for the next two hours.

Over the past year, the Cleveland Jewish News posted weekly reviews of community theater productions staged throughout Northeast Ohio. The good folks in Akron knew they were in for a memorable experience the moment they opened their playbill to see that John Steinbeck’s classic “Of Mice and Men” was being performed by members of Akron’s Ohio Shakespeare Festival – including Joe Pine as George, Derrick Winger as Lennie and Tess Burgler as Curley’s Wife – along with a corps of wonderful community players. According to critic apprentice Gwen Kochur, who reviewed the production, everyone “delivers dialogue and movement so naturally that it is impossible to see the performer in his or her performance.”

Contemporary playwright Yasmina Reza reproduces on stage mundane moments in our lives and leaves audiences to draw their own conclusions about the meaning. In the course of one of her works titled “Life x 3” – a one-act opus on unpleasantness that takes place during a dysfunctional dinner party – the events of the evening are repeated, twice, with subtle changes in the interpersonal dynamic that slightly alter the course of the play’s vicious undercurrent. Each variation was a master class in performance by Brian Bowers, Tricia Bestic, Dana Hart and Julia Kolibab and an opportunity to engage in communal schadenfreude.

As mental patient Dale Harding in Beck Center for the Arts’ production of “One Flew Over The Cuckoo’s Nest,” local actor extraordinaire George Roth put on display an absolutely intriguing assortment of spasmodic tics and disturbing behavioral tendencies while his character worked hard at feigning normalcy. This was a particularly remarkable acting feat considering that George had been fighting weakness and physical limitations due to his recently diagnosed multiple sclerosis. His absence during a three-year hiatus was missed and his first step onto the Mackey Theater main stage was triumphant.

2. The square root of pie

The story that drives the musical “Waitress,” whose national tour was recently launched at Cleveland’s Playhouse Square, is a blue-plate special: marginally nutritious fare doled out in pre-measured portions that are hardly out of the ordinary, with a side of pie. But the gorgeous songs by Grammy-winning composer and lyricist Sara Bareilles and their brilliant performance by everyone in the cast offer personal insight into the hopes and dreams of the show’s central characters and, by doing so, offer pitch-perfect voice and a beautiful melody to our own expectations and aspirations. Starting with the show’s opening “What’s Inside,” every song air lifts the storytelling that surrounds it. And us along with it.

Four years ago, the new Mamai Theatre Company declared its mission of creating relevant classical theater that showcases women’s stories, its vision of featuring Cleveland’s top-female storytellers, and its propensity for calculated risk by staging a modernized “Medea.” The company closed its 2017 season, which will be its last, in the same vein. No one knew that when Anjanette Hall, as Nora, walked out of and famously slammed the door in the final scene of the theater’s celebrated production of Henrik Ibsen’s landmark 1879 melodrama “A Doll’s House” that it would mark the moment that Mamai would be leaving for good as well.

CJN Awards for the Best Cleveland Theater of 2017

Here’s to more memorable theater moments in the year to come and to you witnessing every one of them for yourself.