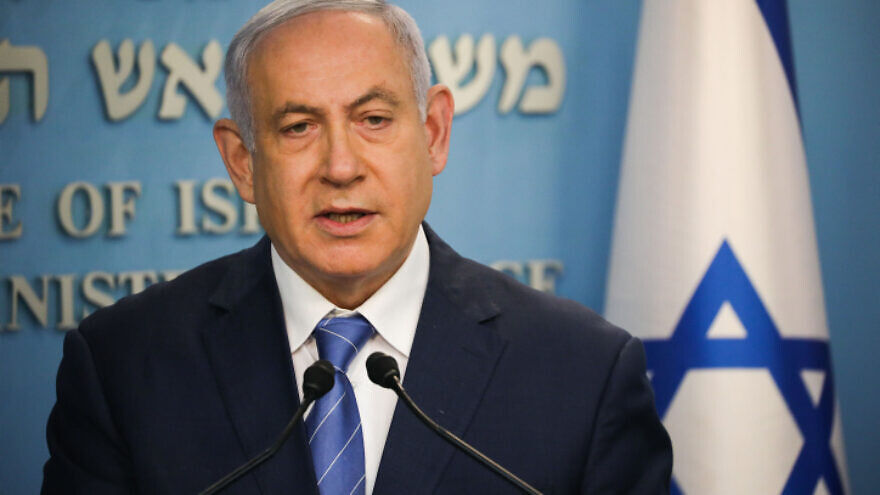 Israeli prime minister Benjamin Netanyahu speaks during a press conference about the coronavirus COVID-19, at the Prime Ministers office in Jerusalem on March 25, 2020.

Although I am not young, prior to this month, I had not lived through an event of such monumental historical proportions that schoolchildren would be studying it for centuries to come. The last one that might have qualified for such status was World War II.

But we are all living through such an event now. When it passes, the COVID-19 pandemic will provide a case study in how some governments and leaders rose to the occasion and protected their populations and how others were either too timid or lacking in foresight to take the necessary steps to avoid total calamity. A global event of such proportions also has the potential to bring out the best and worse in all of us, providing us with the opportunity, first and foremost, to protect ourselves and our families, but also to demonstrate either selfishness or selflessness as the epidemic takes its course.

The inexplicable hoarding of toilet paper in the United States and Israel have been in the spotlight, but the most widespread yet invisible selfish act is being committed largely by young people who are asymptomatic, but may be infected and yet recklessly expose others.

As a former Clevelander living in Israel, I am also struck by the slow response to the disaster in much of the United States compared to Israel, which is under almost total lockdown. I have not held back in prior columns over my distaste for Prime Minister Benjamin Netanyahu. In the current crisis, he has come in for criticism for engaging in scaremongering for his own political gain and for sidelining the medical experts at the Health Ministry. There may be truth to both claims, but in his appearances on Israeli television, he has shown mastery of the facts and has effectively communicated the magnitude of the threat. He is smart and is demonstrating true leadership in a crisis.

When it comes to leadership, I have also been impressed with Ohio Gov. Mike DeWine’s sense of initiative. One thing that every expert seems to agree on is that drastic action is required to stem the spread of the virus and that the longer this is delayed, the more people will die and the greater the likelihood that the medical system will be overwhelmed.

It’s a shame that DeWine has had to step into the forefront to fill the vacuum in leadership left by the Trump administration. Of all of President Donald Trump’s failings as a president, the current crisis will probably go down in history as his most serious failure. At a time when well-informed, decision-making and resolute leadership are critical, Israel has such a leader. Unfortunately, at the national level, the United States does not.

Israelis have been confined to just more than 100 yards from home, other than to go to work, to shop for food or medicine, or to go to the doctor. That means no Friday night dinners with my adult children, no jog around the neighborhood and no visit to a restaurant.

On the plus side, the lockdown has given me time to read books that I hadn’t gotten around to and time to catch up on sleep. It has also hammered home that life needs to be appreciated to its fullest. However long this crisis lasts, I will be left with a much greater appreciation when it’s over of things that I had always taken for granted. And that’s a major gift.