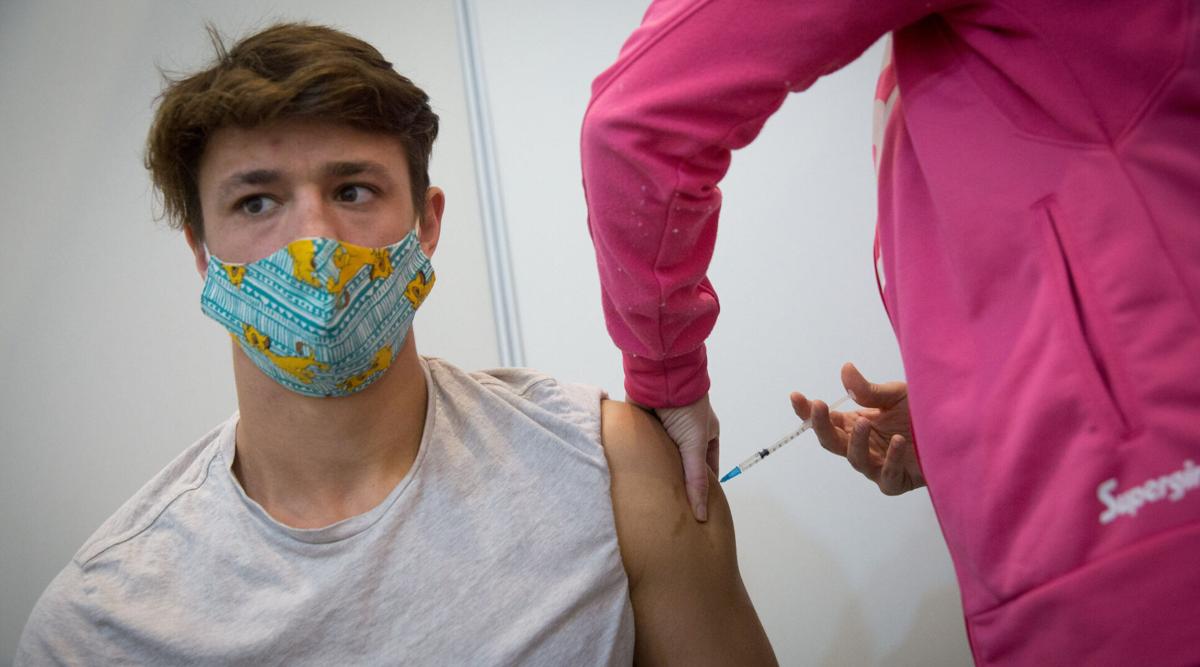 An Israeli receives the Pfizer COVID-19 vaccine at a vaccination center in Tel Aviv, Dec. 31, 2020.

Israel entered 2021 as a country of contrasts. It began the year with a daily count of more than 5,000 new coronavirus cases. Earlier in the pandemic, the government warned that anything exceeding 100 cases a day would set off alarm bells. On the other hand, Israel has also racked up a record unmatched in the world for the pace at which Israelis are getting vaccinated.

In the two weeks after the COVID-19 vaccination program began in late December, nearly a million Israelis, about 10% of the population, had received the first of two injections. That includes me, and it couldn’t have been simpler.

Anyone 60 or older is eligible at this point. I grabbed an appointment online on the website of my Israeli HMO, showed up at an HMO clinic that’s a 10-minute walk from my apartment and swiped my patient card at the entrance to the clinic, which generated a slip with a number.

Within two minutes, my number was announced, along with the room that I was to go to. Once seated, I was asked a few health-related questions, given the vaccination and I was done (after waiting 15 minutes outside the clinic to ensure that I didn’t have an adverse reaction). The pace of vaccinations in Israel in two weeks – the equivalent of 30 million vaccinations in two weeks in the United States – is astounding.

The vaccination program is going so well that a marked decline in infection rates is expected in March, which is perfect timing for Netanyahu, who will be headed for his fourth election in two years on March 23. In a revolt against Netanyahu, the Knesset automatically dissolved by law on Dec. 23 when it failed to pass a budget.

Netanyahu would have preferred elections later in the year, but a number of Knesset members from his major coalition partner, the Blue and White party, broke with their party leader, Benny Gantz, and voted to put an end to the government. They had enough of Netanyahu’s political shenanigans. Netanyahu, who by all appearances had no intention of ceding the prime minister’s position to Gantz next November as he had committed to do in his coalition agreement, has been unable to form a stable coalition government following all three of the elections since April 2019.

The country will head into the fourth election with new parties on the political landscape, including the New Hope party led by Gideon Sa’ar, a former close associate of the prime minister, who is seeking to oust him from power. Sa’ar has been joined in the New Hope party leadership by Ze’ev Elkin, who until last month was a trusted aide and cabinet minister in Netanyahu’s cabinet. Elkin resigned and delivered a scathing critique of Netanyahu on live television in which he said he had seen from up close how the prime minister had put his personal interests ahead of the country’s.

Netanyahu is going into the election hobbled by his trial on criminal corruption charges – which should be well under way by election day – by the defection of erstwhile political allies and by the electoral loss of U.S. President Donald Trump, whom Netanyahu in prior campaigns touted as his good friend and political ally.

What he will have going for him is the prospect that Israel will be emerging from the coronavirus pandemic. He has made a lot of missteps in the handling of the health crisis, but I give the Health Ministry and, grudgingly, Netanyahu himself credit for the fact that by later this month, I will have gotten both of my coronavirus inoculations.