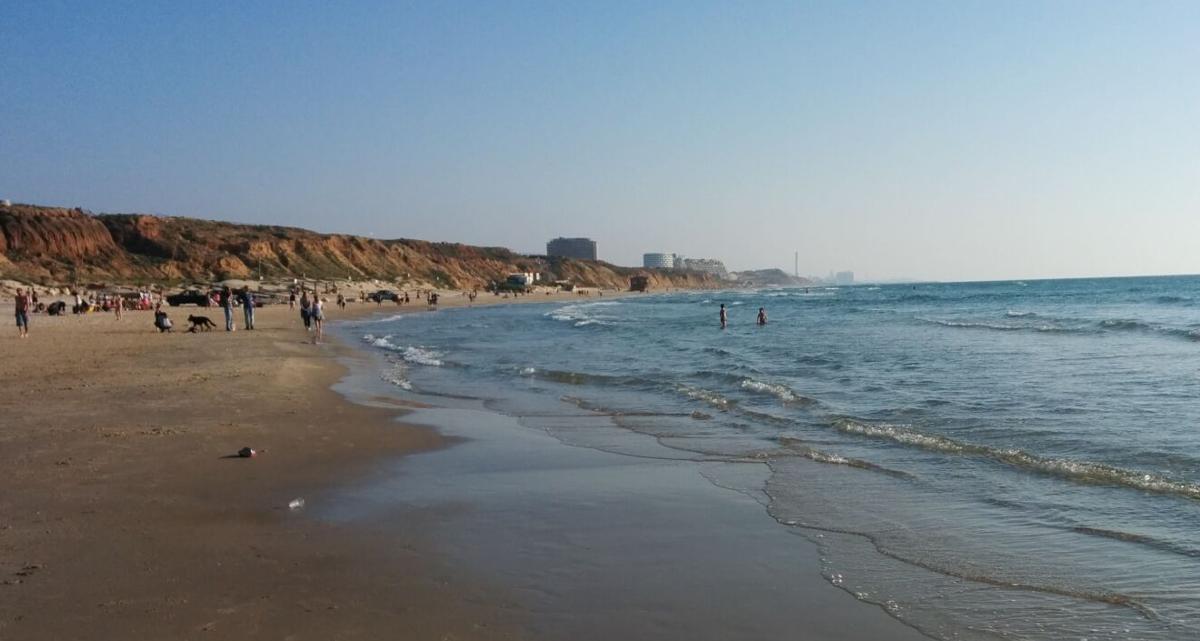 When my family moved to Israel from Cleveland more than 20 years ago, on many Saturday mornings during the winter, I would take my two daughters, who were 5 and 6 years old when we arrived in the country, to the Mediterranean beach at Herzliya. The beach is about a 15-minute drive from our Tel Aviv suburb, and when the sea was rough, I always found it particularly beautiful.

The coastline north of Tel Aviv is lined with cliffs that set the suburbs north of the city off from the shoreline. There is a particularly beautiful stretch of the Herzliya beach, where there is a Crusader fortress built in 1241 on a bluff. The archaeology there pales by comparison to sites in Jerusalem and Caesarea and in the Cleveland Jewish community’s sister city of Beit Shean, but it’s right down the road from us. And just next to the fortress at a spectacular site overlooking the sea is the Sidna Ali mosque, which was built in 1481 and is still in use. Herzliya is also home to one of Israel’s most important high-tech centers, where Microsoft, Apple and other local and global companies have offices.

I am still drawn to the Herzliya shoreline on regular jogs for its beautiful beach and interesting mix of modern and ancient. I was therefore particularly upset by the recent news about an oil spill off Israel’s shoreline that littered 100 miles of the country’s Mediterranean coast with tar. The source of the spill is not entirely clear, but the assumption is that it came from an oil tanker in international waters.

Pictures from the mishap have included an oil-covered turtle and the carcass of a year-old 55-foot-long whale that it is believed was killed by the slick. Marine biologists have found that the turtles can be cleaned with vegetable oil and can be nursed back to health by feeding them mayonnaise.

Prior to my jog that weekend, I walked down a path from the Sidna Ali mosque to the beach itself, not knowing what I would find. It was late in the morning and, although the news of the ecological disaster had just broken, there was an army of volunteers there painstakingly picking up small pieces of tar. Close to the water, I saw no tar at all, perhaps because it had already been collected. In hindsight, there must have still been a lot of it closer to the cliffs. I spoke to one volunteer who showed me a piece of tar and said he was finding it in every corner. If the source of the spill is determined, I hope those responsible are put in jail.

The Zionist movement had an ecological bent long before the environment became a major issue in much of the world. One of the first tasks the movement addressed through Jewish National Fund was reclaiming the land and planting forests.

As a teenager visiting from Cleveland, I recall going to the Herzliya beach, and there was always tar from oil tankers on the beach. When we left the beach, we dipped our feet into troughs of what I assume was kerosene or gasoline to get the tar off.

I’m not sure how healthy that was, but it’s a reminder, that for all the shock over the current pollution, the maritime law that subsequently outlawed the dumping of oil has vastly improved Israel’s beaches. Marine biologists may see the effects of the recent spill for years to come, but thanks to the volunteers, at least to the untrained eye, Israel’s beaches will be as beautiful as always.