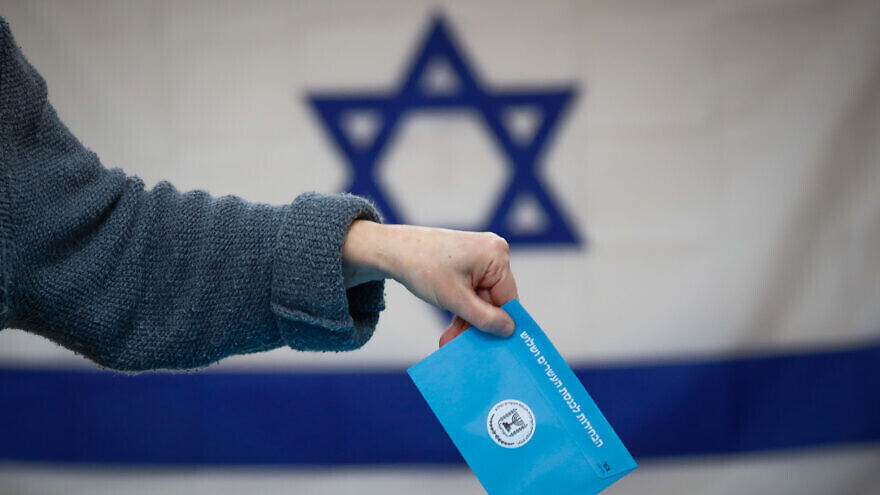 People cast their ballot at a voting station in Jerusalem, during the Knesset Elections, on March 2, 2020.

Prime Minister Benjamin Netanyahu’s current frenetic conduct reminds me of a routine by comedian Steven Wright when the speed of microwave cooking was still a novelty. Wright said he bought a microwave fireplace and could sit in front of it all evening in eight minutes.

Netanyahu was acting like a microwave prime minister. He was frantically trying to pack as many high-profile events as possible into his calendar before the March 23 Knesset election in a desperate effort to portray himself as a world leader – and to cling to power. Earlier this month, he hosted the leaders of Austria and Denmark. They visited Israel to learn how to handle the COVID-19 pandemic from Netanyahu and to talk about cooperation in vaccine production.

Netanyahu had the foresight to order large quantities of the coronavirus vaccine, and he paid top dollar to get Israel near the front of the line. At this point, 89% of Israelis 50 and over have been fully vaccinated, and anyone 16 or older can get an immediate vaccination appointment.

It was presumably Netanyahu’s expectation he would be heading into the election a national hero. It hasn’t worked out that way. He deserves every credit for the vaccines, but other aspects of his handling of the pandemic have been marked by inconsistency as the government caved to various competing demands. We also shouldn’t forget Netanyahu headed into election day as a criminal defendant on charges of bribery, fraud and breach of trust.

The opinion polls show an incredibly tight election race. In Israel’s proportional representation system, the prime minister is the party leader who manages to build a coalition of parties with a majority of the 120 seats in the Knesset. Any party that receives at least 3.25% of the vote is entitled to seats based on its share of the vote.

The only reason Netanyahu remains in office following last year’s election was a power-sharing deal with Blue and White party leader Benny Gantz. Under that agreement, Netanyahu agreed to yield the prime minister’s post to Gantz in November of this year – a commitment he violated by blocking the passage of the government’s budget, precipitating this month’s elections.

It would be disastrous if Netanyahu manages to get another term in office as the head of a coalition of right-wing and extreme right-wing parties. That would threaten sane policymaking and the rule of law because he would probably seek a grant of immunity from prosecution from the Knesset as long as he remains prime minister.

Another option is the anti-Netanyahu bloc – a disparate group of parties ranging from Arab and Zionist Jewish parties on the left to disaffected former associates of Netanyahu on the right – would win enough seats to oust Netanyahu. And then there is the option of continued deadlock and the fifth round of elections.

If the anti-Netanyahu bloc prevails, there is likely to be a repeat of a power-sharing arrangement with a rotating prime minister’s post. Perhaps the agreement would be among three leaders – Yair Lapid of the centrist Yesh Atid party; Naftali Bennett, the right-wing son of immigrants from San Francisco, who heads the Yamina party; and Gideon Saar, a former close associate of Netanyahu’s, who is now a political foe.

Some of Netanyahu’s most stalwart supporters, referring to him by his nickname, call him “Bibi King of Israel,” but the era in which kings ruled Israel ended thousands of years ago. Israel needs to oust King Bibi and install a prime minister – or prime ministers – who put the country on a better path.

Cliff Savren is a former Ohio resident who covers the Middle East from Ra’anana, Israel.