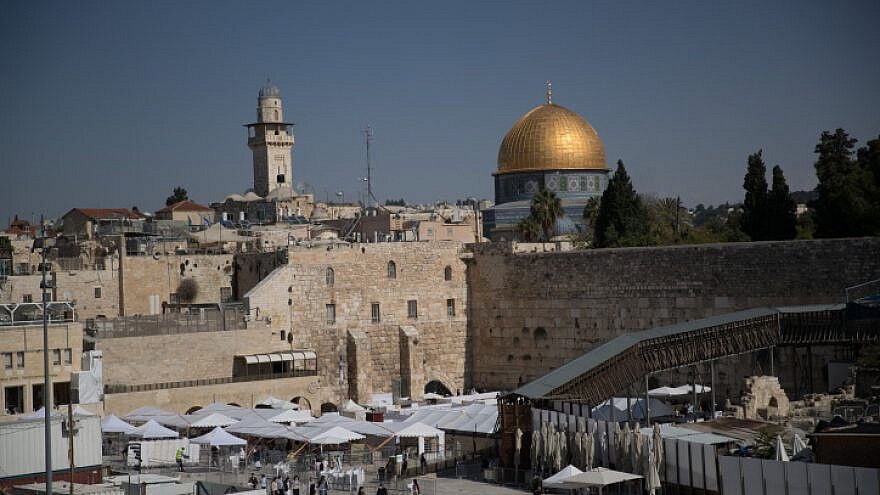 I have vivid memories of my first visit to the Western Wall – the courtyard wall and only remnant of the ancient Temple destroyed by the Romans in the year 70. I was a teenager visiting from Cleveland with a group of other Cleveland-area high school students.

I have visited the Wall dozens of times since, and although I was thrilled to attend the bar mitzvah, the dominant ultra-Orthodox character of the site was particularly striking, and it bothered me. The Wall should be the crown jewel of Israeli historic sites, and not dominated by any particular denomination.

With a little luck and political courage, in the near future, it will again be a place that is fully reflective of the diversity of Jewish religious practice. It should also be a place where Jews who are not religious at all – and that pretty much includes me –

can feel the resonance of the site as the historic heart of ancient Jerusalem without the narrow imposition of a particular religious viewpoint.

Knesset member Gilad Kariv, who before his election to the Knesset ran Reform Judaism’s movement in Israel, posted an interesting video in Hebrew on his Facebook page on the character of the Wall. He showed that the ultra-Orthodox domination of the Wall is relatively new. The Wall is not a synagogue, he pointed out, and in the past, men and women prayed there side-by-side, unlike the gender segregation in the main section of the Wall now.

The religious affairs minister who agreed to establish the egalitarian section in the first place was Naftali Bennett – the same Naftali Bennett who is now prime minister. Bennett is the first religiously observant prime minister in the country’s history, but unlike Netanyahu in 2016, he is not beholden to the country’s two small ultra-Orthodox parties for support. Neither ultra-Orthodox party is a member of his new government.

A realignment of policies at the Wall would not only enhance the experience of Jewish visitors from Israel and abroad. It would have tremendous symbolic significance. The Western Wall is not only a religious site. It is a national heritage site for the state of Israel and the Jewish people.

Although I welcome every opportunity to visit the Wall, even under its current setup, I look forward to the day when it is administered in such a way that I, as a secular Jew, feel fully at home there.