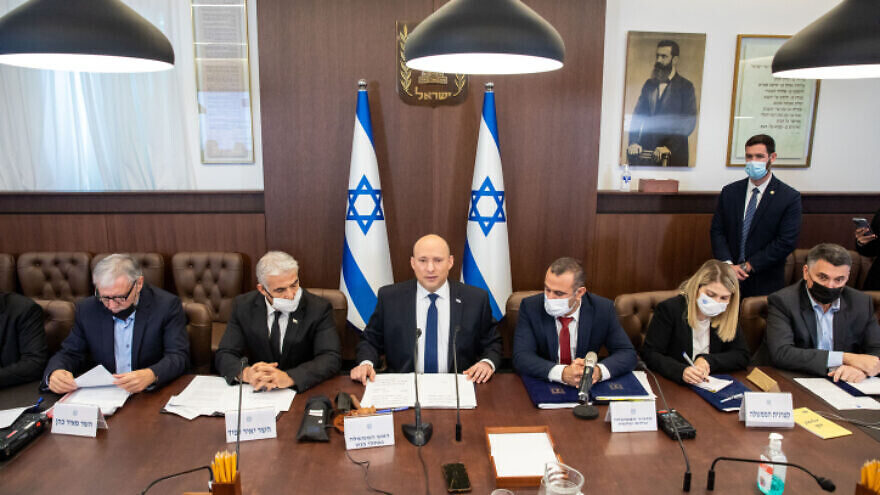 One thing I’ve tried to do in my columns is highlight public figures who I think could rise to greater prominence. I was therefore particularly interested in profiles the Israeli business daily Globes did at the end of 2021 to highlight the “people of the year” in various fields.

In politics, the No. 1 spot went to Naftali Bennett, which may seem unsurprising at first because after all, since June he has been Israel’s prime minister. But in many respects, he’s an accidental prime minister. He only got the job because his Yamina party had the necessary seven seats – which have really dwindled to six – to unseat Prime Minister Benjamin Netanyahu, who ranked No. 2 on the newspaper’s list.

Bennett owes his job to Foreign Minister Yair Lapid, who is due to become prime minister in September 2023 through a rotation agreement he and Bennett worked out in connection with the formation of their government. Lapid is No. 4 on the Globes list behind Mansour Abbas, the leader of the Israeli Islamic United Arab List party, whom I profiled in my Cleveland Jewish News column Sept. 4, 2021.

The Globes profiles make enlightening reading, but one of the country’s most interesting politicians – Communications Minister Yoaz Hendel of the right-wing New Hope party – made a separate Globes list, ranking No. 9 in the marketing and communications sector.

At 46, Hendel bears watching. His right-wing politics are not to my taste, but he is a creative thinker and an effective spokesman for his point of view. With one foot in the religious world and another in secular Israel, he challenged a group of ultra-Orthodox rabbis at a recent meeting by bucking the view that they are the sole purveyors of Jewish tradition. “I cannot accept the idea that there is a monopoly of Judaism that only belongs to the Haredi community,” he told the Jerusalem Post.

Articulate and telegenic, Prime Minister Netanyahu recruited him as his director of communications and public diplomacy. But in 2012, while working in the prime minister’s office, Hendel and coworker Zvi Hauser, who is now a party colleague of Hendel’s in New Hope, reported allegations of sexual misconduct by Netanyahu’s chief of staff directly to the attorney general. Hendel later resigned after Netanyahu said he had lost his trust in him for not informing the prime minister directly.

Hendel has an astoundingly varied resume. He has a doctorate in history and did his dissertation on military intelligence in ancient Israel, after serving in the Israeli equivalent of the Navy SEALs. His books include “Conversations on Israeli Hope,” based on talks with former Israeli President Reuven Rivlin, and a book for children on fathers leaving home for army reserve duty. My hunch is he has a political future beyond the Communications Ministry.

“Hendel apparently learned from the best performers how politicians work in the world of media. It annoys a lot of people because sometimes it seems as if he’s living in a promotional video,” Globes wrote in its profile of him. “But if you exclude the (background) noise and his obsessive preoccupation with the media, Hendel has also proven this year that he is here to advance steps that really change our lives.”

Netanyahu will ultimately fade from the political scene, paving the way for new faces. Hendel lacks a broad political base, but he could ultimately be a future right-wing prime minister. I say that reluctantly because I think he would pull the country further to the right – but I admit he is one of the most interesting people whom the right wing could embrace.

Cliff Savren is a former Clevelander who covers the Middle East for the Cleveland Jewish News from Ra’anana, Israel. He is an editor at Haaretz. To read more of Savren’s columns, visit cjn.org/savren.