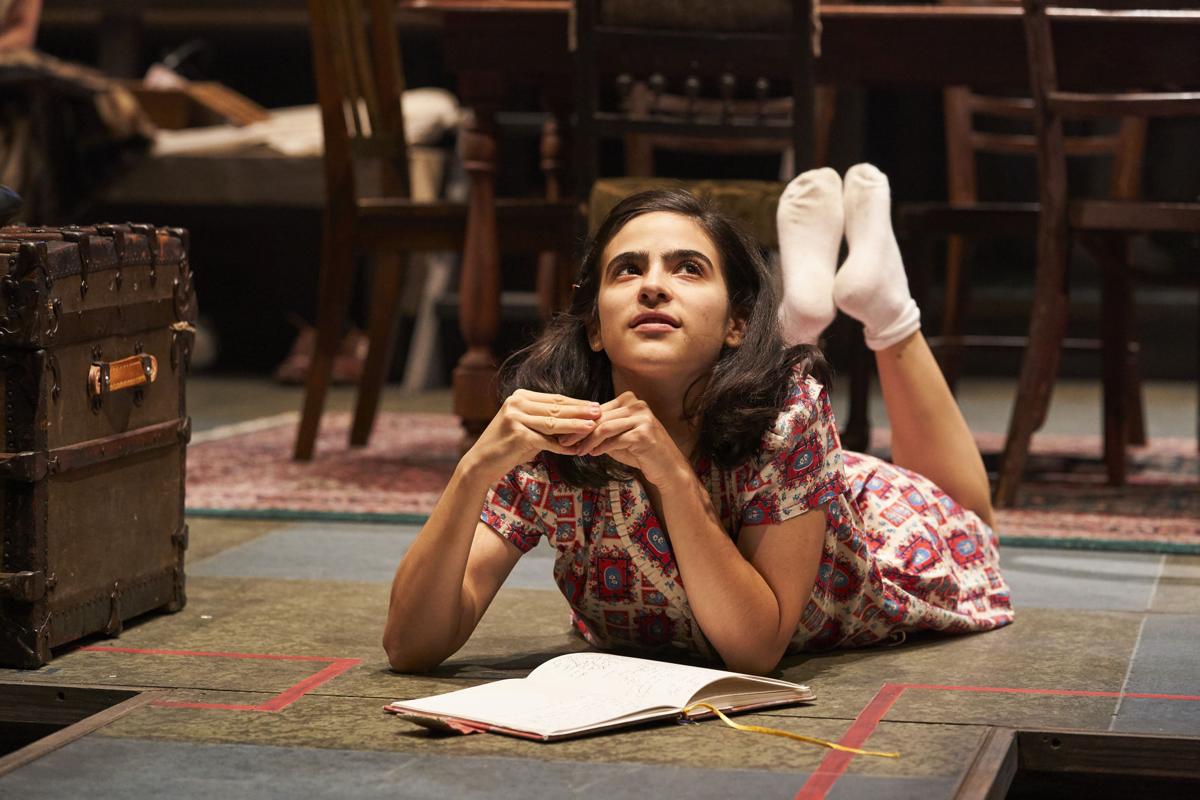 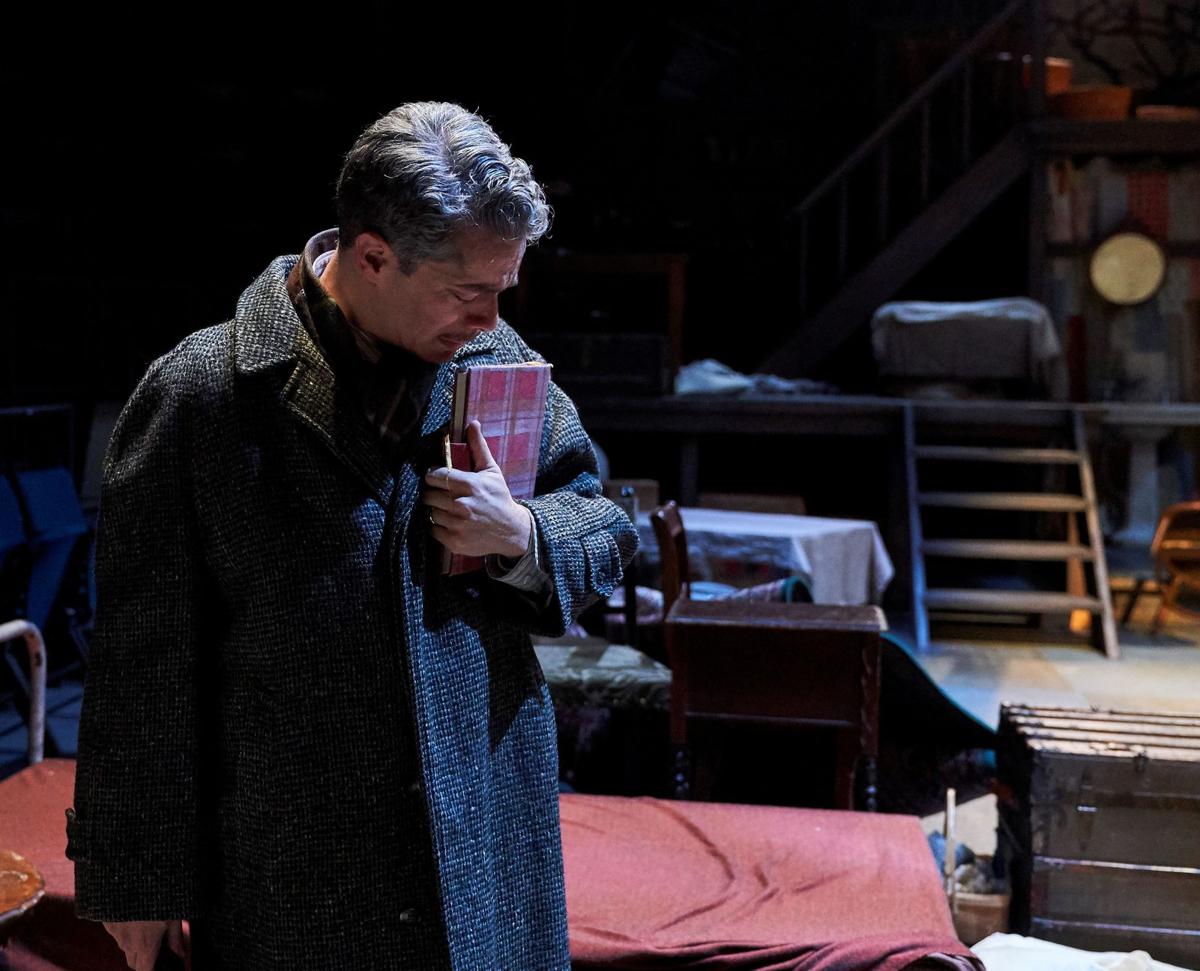 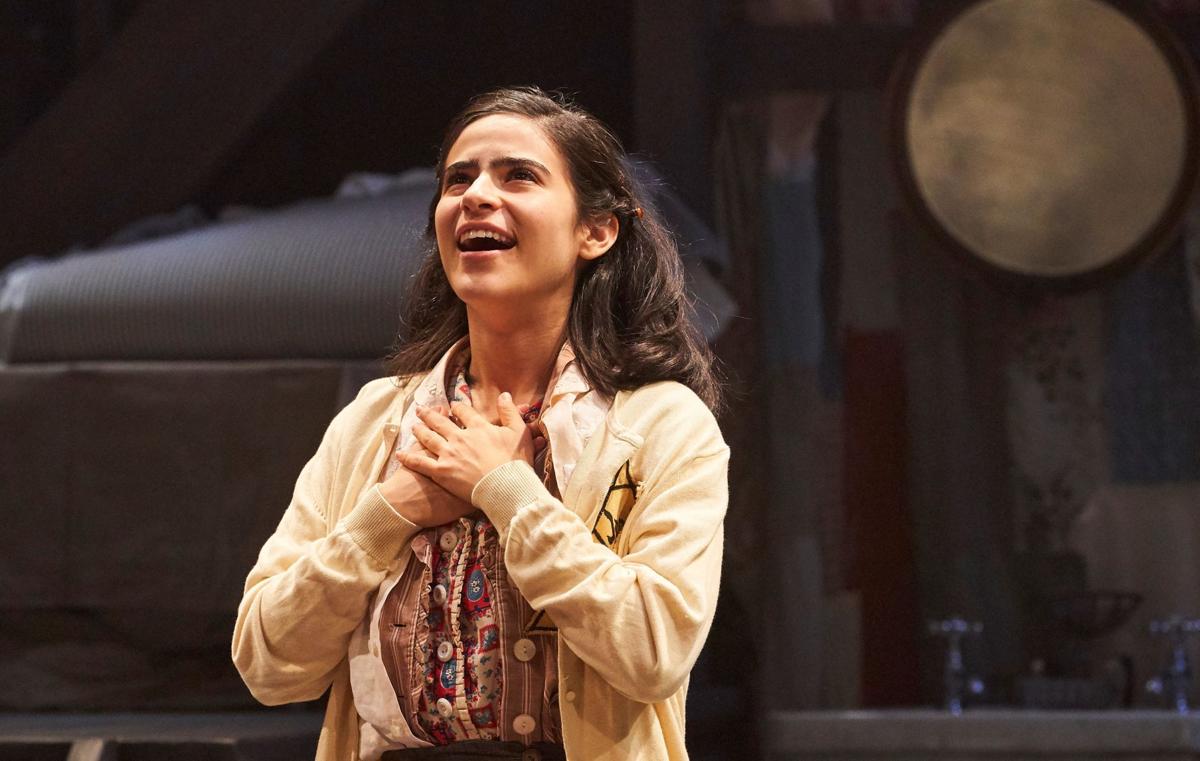 But Francis Goodrich and Albert Hackett’s dramatization of the writings of a 13-year-old diarist is built for that very purpose. “The Diary of Anne Frank” offers a first-person account of how Anne, her family and a handful of acquaintances survived in hiding for two years in Nazi-occupied Amsterdam before their capture. And it asks us to never forget.

By rediscovering and publishing her now-famous diary after the war, Anne’s father lifted the young girl from among the 6 million Jews killed by the Nazis and turned her, for many, into the innocent face and hopeful voice of the Holocaust.

The play opened on Broadway in 1955 and won a Pulitzer Prize and Tony Award. In 1959, the play was turned into an Oscar-winning film.

In 1997, for a Broadway revival, “The Diary of Anne Frank” was adapted by Wendy Kesselman, who removed much of the pandering sentimentality and placating melodrama of the original work and reasserted the historic Anne’s darker vision, unflattering disclosures, budding sexuality, as well as the diary’s overt Jewishness.

And in the Cleveland Play House’s revisiting of this play – having staged the earlier incarnation during its 1958-1959 and 1996-1997 seasons – director Laura Kepley finds all its dramatic beats and very human moments, and turns what could easily be an historical re-creation or revered testimonial into a resonating piece of theater.

To do this, the play is being staged in ¾-round with the first row of seats so close to the action that audience members are nearly co-inhabitants of the dusty, oppressive annex. And scenic designer Robert Mark Morgan wraps the entire outer circumference of the Outcalt Theatre arena in barbed wire to create that sensation for the rest of us.

Because of this staging, the walls and doors that separate the narrow living quarters of the annex have been removed, sacrificing a degree of realism for the sake of sightlines. This is only a momentary distraction, for it is one of many artistic choices made to add theatricality to the dramatic story being told.

Another is surround-sound designer Daniel Perelstein’s super-saturation of the space with the occasional blare of a passing police siren, the chiming of the bell from the Westerkerk church’s clock tower, the roar of planes flying by overhead and the exploding bombs they leave in their wake and, most poignantly, trains leaving the station.

When the script calls for Anne to read aloud from her diary, the actress is coated in bright, isolating overhead lighting courtesy of designer Mary Louise Geiger, as the other occupants of the annex stand in shadow, momentarily frozen in time and space.

Between scenes, we are reminded of the world outside by the dramatically lit Nazis ominously patrolling the perimeter above our seats.

And Kesselman’s script gives added depth and richness to Anne’s romanticized vision of each character, which the CPH performers feast upon.

As Anne’s father Otto, Rick D. Wasserman walks that fine line between saint and survivor with perfect balance and distinction.  The same is true for Amy Fritsche and Tom Woodward’s portrayal of Miep Gies and Mr. Kraler, who heroically but humbly provide provisions.

As Anne’s mother, Lisa Bruneau bares the weight of Anne’s disdain and what the script suggests is a heightened sense of fatalism with remarkable grace.  And as Anne’s meek and nearly invisible sister, Margot, Sarah Cuneo bestows on her a quiet integrity that keeps her always present.

Best of all is NYU graduate Annie Fox as Anne Frank, who brilliantly captures the quicksilver quality that Anne recognized in herself.  In Fox’s portrayal, we get a glimpse of the actual Anne – the optimist, the agitator and the living, breathing young woman at the center of this heart-breaking story.

The only moment in this production that falls short is the Nazis’ (Paul Bugallo, Randy Merrill and Peter Hargrave) 11th-hour invasion of the annex. They arrive with unexpected stealth that manages to suck the air out of the audience, but then they linger, pushing and pillaging before slowly extracting the annex’s extended family. How much more effective it would have been if everyone was quickly whisked off the stage and, in the immediate emptiness and immense silence, out of existence.

Playwright Kesselman’s final addition to the script comes to the rescue. Here we find Otto returning to the attic, retrieving the diary, and recounting – one by one – the horrific fates of the others. It is a moment of unbearable grief that is all too familiar to many in attendance and, thanks to Wasserman’s sensitive portrayal, immediately comprehendible to everyone else.

“The Diary of Anne Frank”