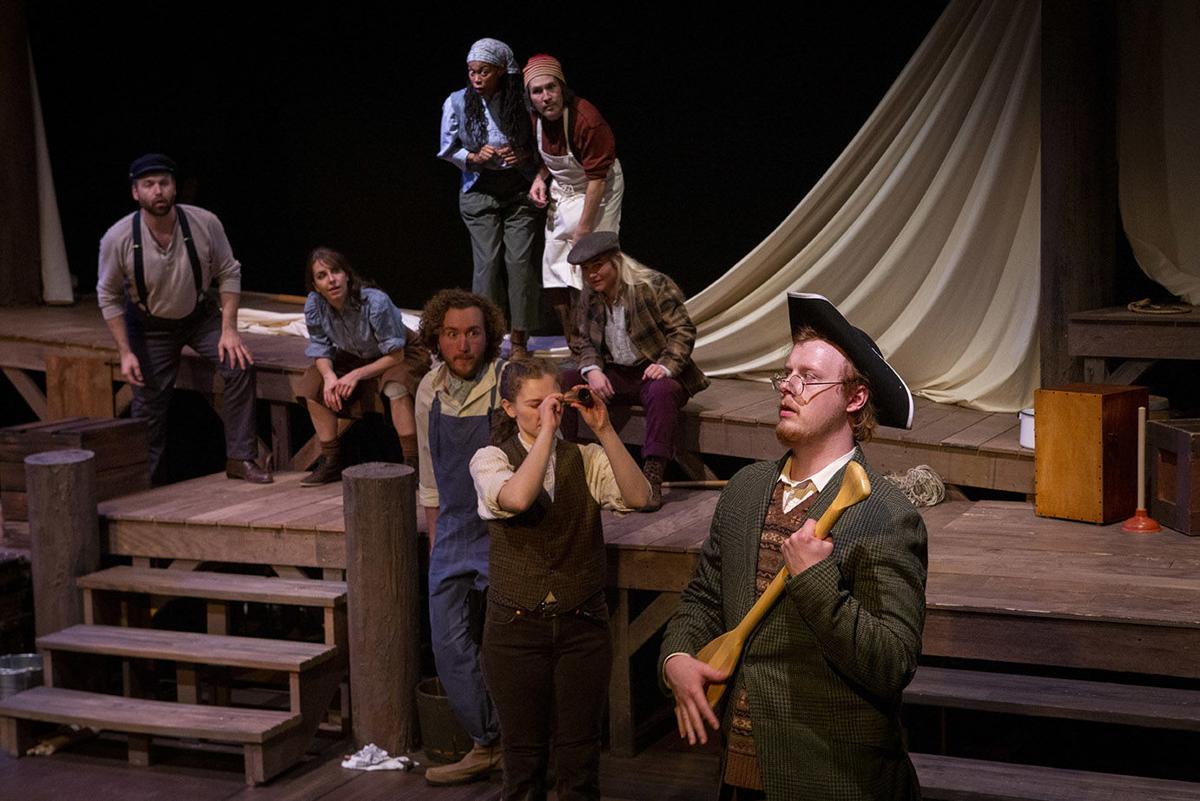 The ensemble of “The Old Man and the Old Moon” 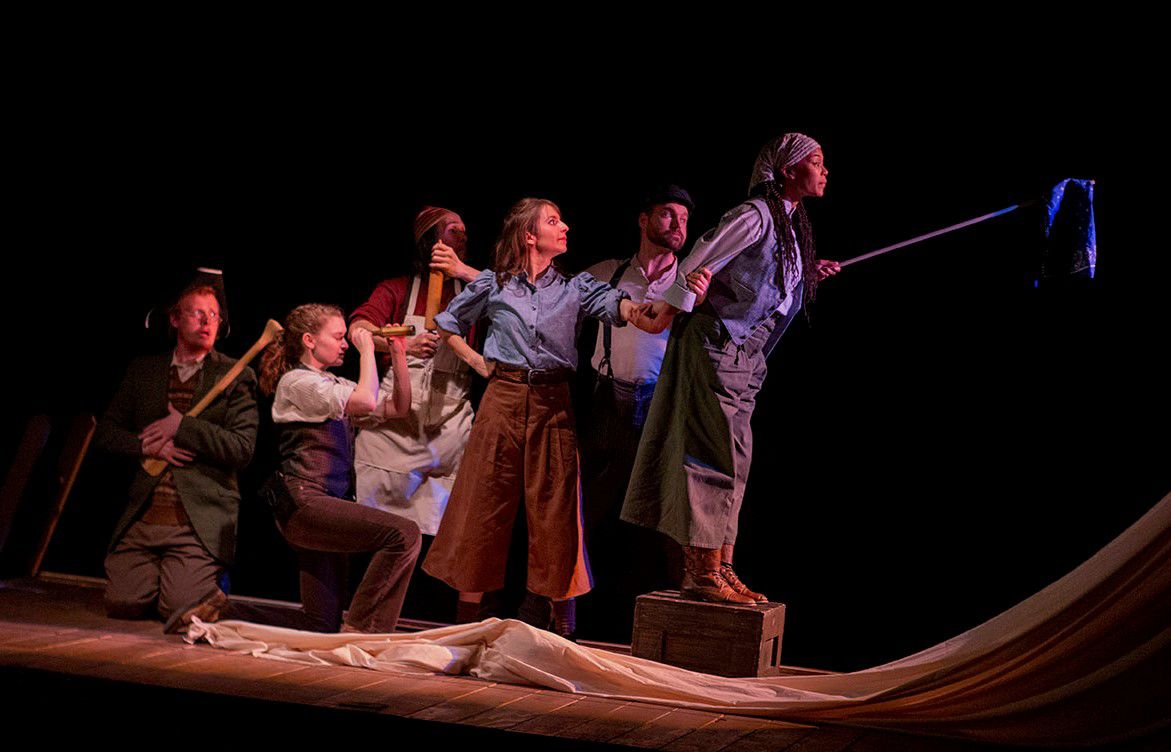 The ensemble of “The Old Man and the Old Moon”

If you share my theater sensibilities, you probably love the Peter Pan prequel “Peter and the Starcatcher” – a wonderfully witty and meta-theatrical show on a stripped-down stage that turns everyday objects into storytelling stagecraft – but wished it had more heart. And you most likely adore the musical “Once” – a hopelessly romantic tale of despondency that employs actors as on-stage instrumentalists – but would have preferred less heart on its sleeve.

A very happy middle-ground in temperament and theatricality can be found in the delightfully uninhibited and engagingly inventive “The Old Man and the Old Moon.” The 2012 off-off Broadway play-with-music began its journey in 2007 as the brainchild of a few absurdly talented Carnegie Mellon School of Drama sophomores, later known as the PigPen Theatre Co. It is currently receiving its regional premiere at Dobama Theatre under Melissa T. Crum and Nathan Motta’s unapologetically playful direction.

Out of little more than scenic bric-a-brac devised by Ben Needham and dramatic illumination by Marcus Dana rises a fable about an old man (Gabe Reed) whose job it is to tend to the moon, which routinely leaks light and requires replenishment. When his wife (Emmy Brett) sets sail across the ocean, drawn by wanderlust and in search of a forgotten memory, the old man abandons his post, joins a motley crew of sailors (Jourdan Lewanda, Kieran Minor, Treva Offutt, Josh Innerst, Tim Keo and Amy Bransky), and follows the westward trail of a wistful melody to find her.

The play is a masterful piece of low-tech storytelling involving hand-held shadow-puppetry backlit against bedsheets, actors playing multiple roles and configuring themselves into ships and a dirigible, and both foot-stomping and melancholic songs that pop up organically and are accompanied by the actors on keyboard, banjo, accordion, fiddles, acoustic guitars and no-frills percussion.

The Gaelic-inspired tunes, the shadows, the homemade sound effects that include the lapping of waves on a shore and the dripping of light from the moon – in essence, the mystical world of the play – are created in full view of the audience and add layers to the evening’s joyful entertainment.

So does the multitalented and abundantly charming cast, whose unflaggingly enthusiastic buy-in to this entire enterprise engages the audience from the get-go and holds our attention for 100 minutes.

Make that 90 minutes, for attentiveness is challenged during a drawn-out battle scene between the ship’s crew and rebel forces that is fraught with Ryan Zarecki’s fun but often repetitive fight choreography.

Still, there's so much to love about “The Old Man and the Old Moon” and Dobama’s production of it, including the brilliantly delivered tales peppered throughout the show.  One is about legendary hero First Naval Lieutenant Pericles “Perry” Llewellyn McWallander, as told by the talented Lewanda as first-mate Matheson, and another about a dog lost at sea, as told by the delightful Offutt as the sailor Mabelu. And the scene between Reed’s Old Man and Innerst’s “Perry,” which takes place in the belly of a huge fish and kick-starts the second act, is among the most cleverly written and marvelously executed.

When this show opened in the Big Apple, The New York Times called it a “story of time and tides and quests.” It is most certainly that, but it’s the storytelling and the storytellers that are the very things that will resonate long after the story has reached its conclusion and the full moon wanes.

“The Old Man and the Old Moon”