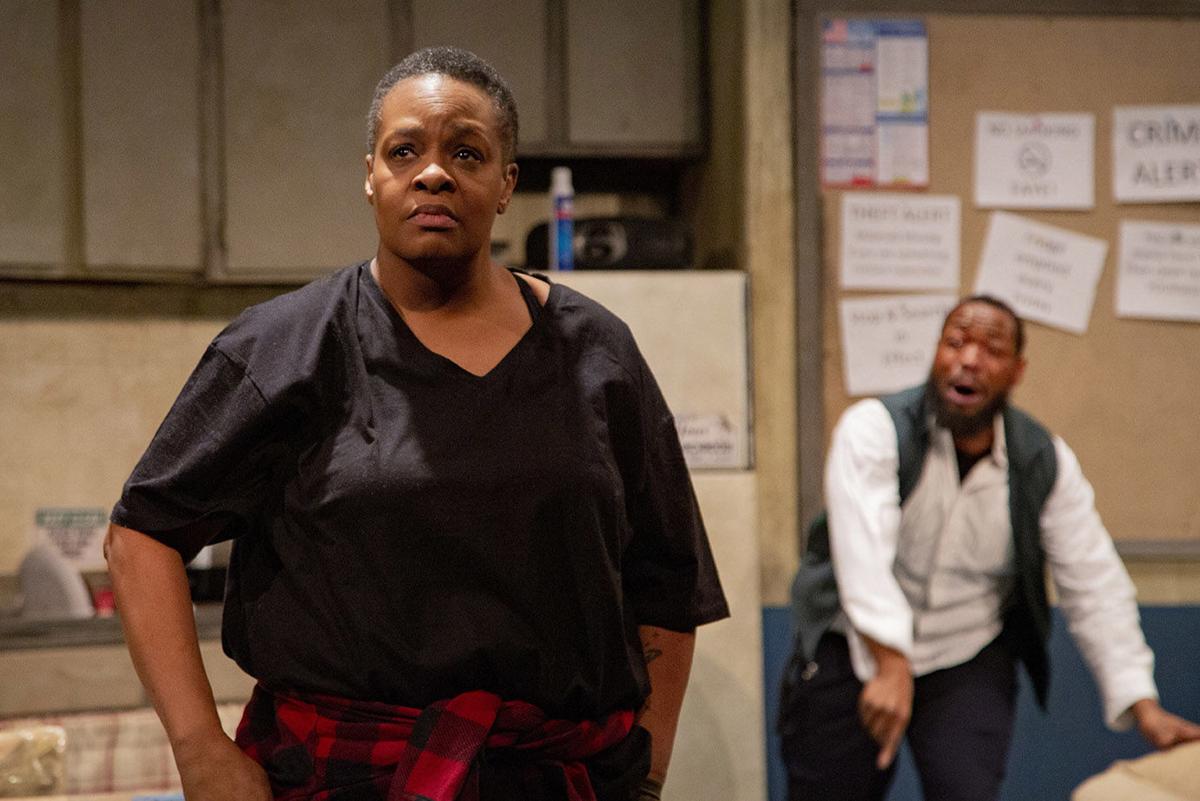 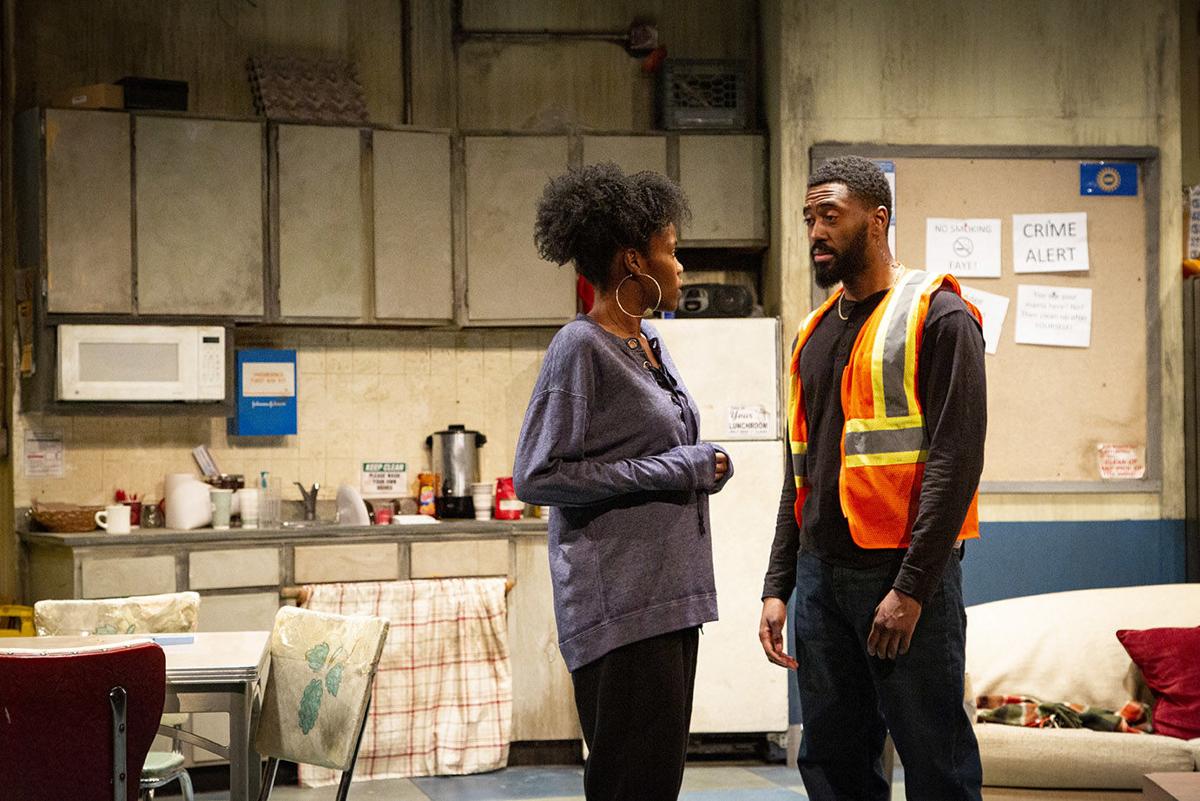 Cultural anthropology has never been more probing or poetic than Dominique Morisseau’s aptly titled “Skeleton Crew,” a case study of the working-class conscience teetering on the brink of extinction. It is a relevant, riveting and important piece of work.

The play explores big ticket items like the cycle of poverty, the oppression of the black working-class, and the demise of industrial middle-America as seen through the small lens of the breakroom of a struggling Motor City automotive plant. There we find four workers whose morality and souls are put to the test when their survival is on the line. In the tradition of fellow anthropological playwrights like Arthur Miller and August Wilson, Morisseau is well aware that there are greater lessons to be learned when morality fails and souls are lost.

“Skeleton Crew,” which premiered Off-Broadway in 2016 and is currently on stage at Dobama Theatre, is the third of MacArthur “genius” grant winner Morisseau’s Detroit Project trilogy. The first, “Detroit ’67,” is a 2013 drama set during the 1967 Detroit riots and the second, “Paradise Blue,” is a 2015 play set in the city’s culture-rich Black Bottom neighborhood in 1949 amidst urban renewal and gentrification.

Our play takes place in the winter of 2008, during the height of the Great Recession that devastated Detroit and its auto manufacturing industry. And our characters – who wear their fear on their sleeves no matter the color of their collar – are a microcosm of those most affected.

Faye (Lisa Louise Langford, seen at Dobama in “brownsville song”) is a survivor. She is the workers’ union rep with 29 years under her belt and cancer in her breast, and refuses to give up smoking or apologize for her life-choices. Faye operates with a hard-boiled intensity that draws its strength from no shortage of struggle while growing up on Detroit’s east side. Langford is fierce in the role of this adamant truth-teller and she is absolutely brilliant when circumstances demand that Faye abandon all that she is and undermine all that she stands for.

Shanita (Mary Francis R. Miller, seen at Dobama in “Sunset Baby”) is a young, pregnant and unmarried second-generation line worker. Hardworking and proud, she approaches life with a quiet inner-strength and sense of hope that is bolstered by her vivid dreams but contradicted at every turn by Dez (Robert Hunter, seen at Dobama in “Superior Donuts”), a reckless rule-breaker and a decent but angry co-worker. The talented Miller and Hunter create an intriguing dynamic on stage akin to the simultaneous repulsion and attraction of magnetic opposites, which is remarkably compelling.

Rumors about management shutting down the operation serve as a slow-burning fire that generates plenty of heat but no warmth in the factory breakroom. And with each effort to contain those rumors, the morally conflicted foreman, Reggie (Ananias J. Dixon, seen at Dobama in “An Octoroon”), adds fuel to the flames. The moment when the honorable and loyal Reggie is physically and emotionally crippled by compromise and the futility of his good intentions is one of the best written by Morisseau and best acted by Dixon, who is masterful throughout the play.

Director Nina Domingue infuses this production with a palpable urgency that drives the play forward, gives momentum to this superb ensemble, and makes it difficult for an audience to look away. Scenic designer Aaron Benson’s realistically rendered breakroom is the perfect setting for a breakdown of industry, authority and integrity. What it lacks in charm and convenience it more than makes up for with artifacts of indifference and condescension.

Also lacking is sufficient sound by designer Derek Graham to warrant Shanita’s references to the reassuring music of the refrigerator humming and the factory machines running. Underachieving lighting design by Wes Calkin also misses an opportunity to facilitate the storytelling during Shanita’s dream sequences which, admittedly, are odd mystical moments inserted into a play heavily grounded in realism.

A native daughter of Detroit, Morriseau is well positioned to capture the people, the place and their problems in “Skeleton Crew.” And because Cleveland and so many other urban centers of industry share an all-too-similar past, it is no surprise that these characters are so recognizable, this remarkable play hits home with such dramatic force, and we are so easily moved by this requiem for blue collar America.