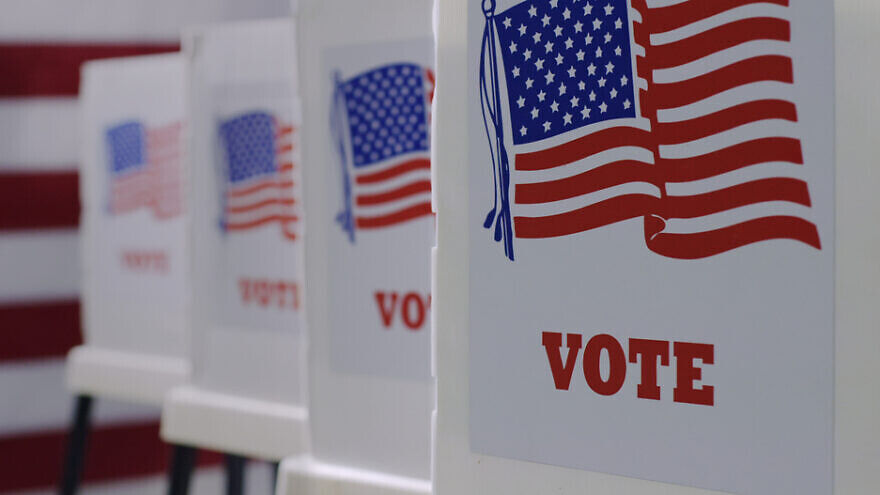 Straight on row of voting booths at polling station during American election. 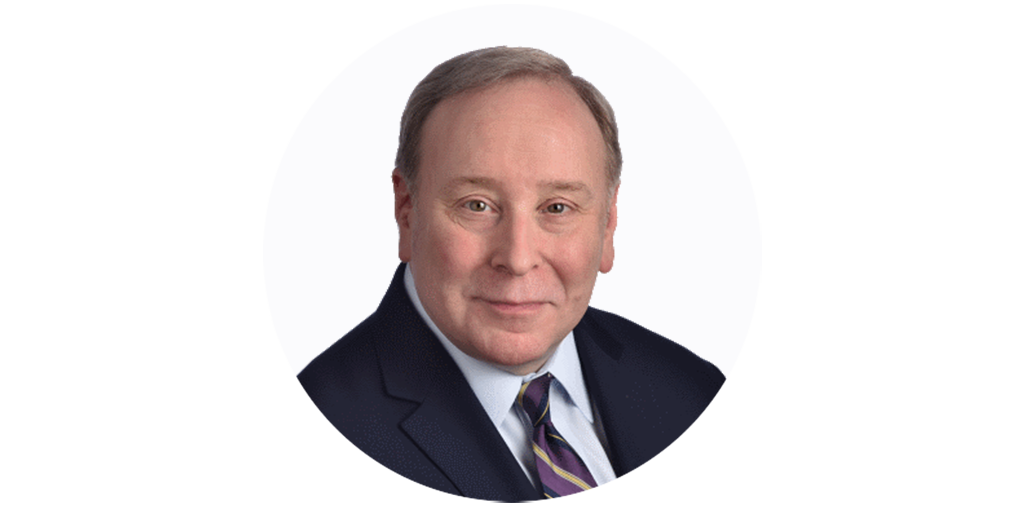 The end of the calendar year always brings with it the temptation to create a list of the best and the worst of anything. This is, for the most part, just a way for journalists to fill the empty space of their pages and websites during what is generally one of the slowest news weeks of the year. Such gimmicks generate clicks and comments.

While many of these efforts are risible, I give credit to the Simon Wiesenthal Center for its list of the “Global Anti-Semitism Top 10” worst offenders. All those on the list deserve their spot and the opprobrium that hopefully goes with it. As such, it is one top 10 list that deserves attention.

Atop the list was Iran, a nation that traffics in antisemitism and bizarrely, denies the Holocaust while plotting another one with its quest to build a nuclear weapon. Then there is the Hamas terrorist movement, which also seeks Israel’s destruction. Next are the BBC, which makes the list for acting as a stand-in for the media’s indifference or acquiescence to antisemitism, and the issue of British antisemitism. Rounding out the top 10 malefactors are the way the coronavirus pandemic has generated anti-Jewish conspiracy theories and inappropriate Holocaust analogies; the anti-Zionist and antisemitic group Jewish Voice for Peace; social media companies; German antisemitism; the University of Southern California, representing the many schools that have countenanced antisemitic actions on campuses; Unilever, whose subsidiary Ben & Jerry’s has engaged in a boycott of Israel; the faux Muslim civil rights group CAIR; and the Sunrise Movement, an extreme environmental group whose Washington, D.C., chapter sought to exclude Jewish groups from a leftist coalition on voting rights laws.

The mention of the Sunrise Movement and its efforts to purge Jews brings into focus a far more interesting question about the priorities of those groups which purport to represent the interests of American Jewry, and to speak for them on the issue of Jewish security.

When asked on the CBS show “Face the Nation” this past week what she thought was the top “national security challenge” for the U.S., Vice President Kamala Harris answered it was the alleged threat to “democracy” from the voter integrity laws passed by Republicans in many state legislatures. The legislation in question seeks to reinstate the guardrails in conducting elections that were largely discarded during the pandemic-affected 2020 election. It includes bans on vote harvesting as well as efforts to ensure that mail-in ballots are verified as coming from a registered voter. It also reaffirms voter ID measures for those who vote in person.

One can disagree with these largely anodyne measures. Yet to list it as a top national security challenge is not merely a rank example of partisan hyperbole. It demonstrates the administration’s consistently unserious approach to foreign threats. The fact that Harris listed it before a familiar liberal talking point about climate change was odd, but despite prodding from the interviewer, Harris chose not to talk about any actual national security challenges. She did not even mention the challenges from China or Iran.

That an administration bent on appeasing Iran would not consider the Islamic Republic as a threat is perhaps hardly surprising. But what ought to surprise us is the general lack of pushback from leading mainstream American Jewish groups.

Many of these organizations pay lip service to the need for the U.S. to address the nuclear threat from Iran, which presents a serious challenge to the security of the West as well as an existential one to the state of Israel. But for leading liberal groups like the Jewish Council for Public Affairs (which represents the Jewish Community Relations Councils nationwide), the Anti-Defamation League or the Religious Action Center of Reform Judaism (the political arm of the largest Jewish denomination), the Iranian threat is clearly not a priority.

Instead, those groups in particular, as well as many others that are liberal or even left-wing in orientation, seem to agree with Harris about voting laws being more important. Indeed, the Sunrise Movement’s efforts were bitterly resented not just because of its obvious antisemitism, but because those efforts sought to keep Jews out of the ranks of left-wing activists on the issue. And with the Biden administration likely pivoting to try again to nationalize elections and build on the chaos of 2020 via the “Freedom to Vote Act,” one can expect the same list of Jewish signatories – which can claim to represent the vast majority of American Jews – to loyally fall in line to wage partisan warfare in the name of the Jewish people.

These groups are prepared to mobilize their supporters to march on behalf of an issue that is, for all of the hyperbolic and largely dishonest rhetoric expended on its behalf, tangential to Jewish issues. Yet there is little sign they will be heading to the streets to protest another bout of Iran appeasement from the Democrats.

In analyzing this issue, we need to discount President Joe Biden’s transparently false attempts to compare voter ID laws to “Jim Crow” or his claim that this presents the “greatest threat to our democracy since the Civil War. That’s not hyperbole. Since the Civil War.” It’s a statement that makes one wonder whether even a president as prone to hyperbole as Biden actually knows what the word means.

Instead, this points us toward something that ought to be at the top of any theoretical end-of-year list of top 10 mistakes that Jewish organizations make.

I don’t doubt many of the constituents and donors of the JCPA, the ADL and the host of other liberal Jewish groups enlisted to fight for the president’s priorities will applaud the willingness of these organizations to do so. In a time when politics now fills the role religion used to play in most people’s lives, partisanship is second nature, and most Jews are Democrats.

Many if not most American Jews consider issues which are not particular to Jewish interests to be the most important priorities. That notwithstanding, those organizations that exist to defend specifically Jewish interests, whether it is to combat antisemitism or to speak up on behalf of Jewish security, should nonetheless prioritize those topics. If they don’t, then they’ve essentially discarded their main responsibilities and have become merely Jewish auxiliaries for non-Jewish interests.

So, if Jewish groups are going to treat the Democrats’ partisan claims about voting to be (as Harris would have it) the top issue, while either running interference for Biden’s Iran appeasement plans or treating it as an issue of lesser importance, then that matters a great deal. If that’s the direction they are headed in, and there’s little reason to doubt it, then they might as well drop the pretense they are defending Jewish interests.

Jonathan S. Tobin is editor in chief of JNS – Jewish News Syndicate. Follow him on Twitter at: @jonathans_tobin. To read more of Tobin’s columns, visit cjn.org/tobin.