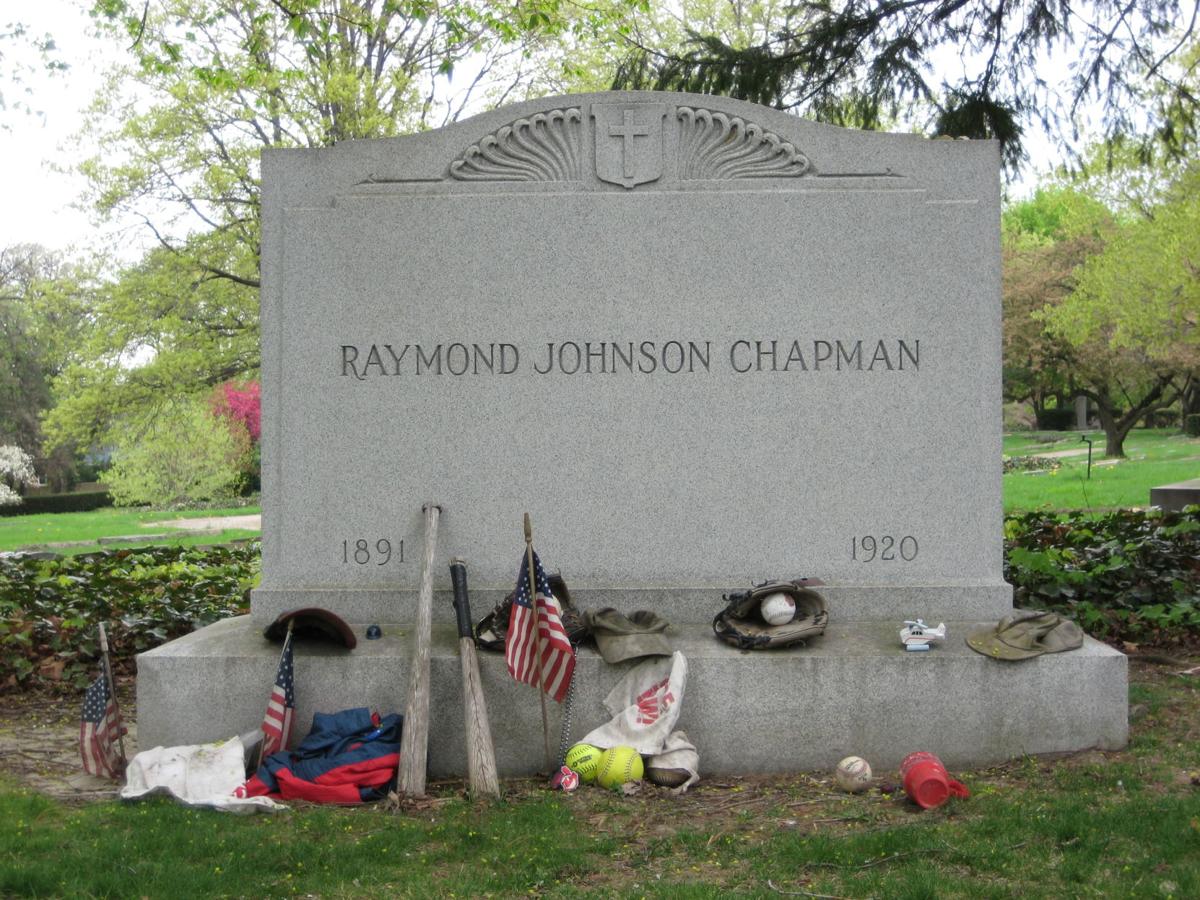 Arlington National Cemetery in the Washington, D.C. area will always be one of the great tourist attractions, whether it is for The Tomb of the Unknown Soldier, for where President John F. Kennedy is buried with an eternal light, or the memorial honoring the raising of the flag at Iwo Jima.

Lakeview Cemetery remains a popular destination in Cleveland. That’s where President James A. Garfield’s tomb is. A short walk from Garfield’s tomb, near the Euclid Avenue gate, is where the final resting place for Eliot Ness is. Ness was a safety director for the city of Cleveland and was mostly remembered for the television series and major motion picture, “The Untouchables.”

He was also a prohibition agent remembered for chasing down gangster Al Capone. Within a couple of steps, you will find comic book writer Harvey Pekar, who somehow became a popular guest of David Letterman.

If you look back toward Euclid Avenue, you will see a headstone with Chief Wahoo pennants, maybe a ball and a bat, perhaps a Cleveland Indians jacket, scorecards or other memorabilia on a grave. The plot belongs to one of Cleveland’s most popular baseball players, shortstop Ray Chapman, who died at the age of 29 a day after getting hit in the head by a submarine spitball from New York Yankees’ right-handed pitcher Carl Mays in the Polo Grounds in New York.

In several weeks, baseball fans will observe the 100th anniversary of that grizzly moment. To date, Chapman remains the only player in history to die due to actions in a game.

A couple of months ago, I was under the impression the only reason there might not be baseball this year would be the COVID-19 pandemic. I thought players and owners were working on a solution with doctors, scientists and Major League Baseball’s front offices. Little did I know this was about a labor issue and only partially dealt with the health of players. As callous as this may be, doesn’t it seem mathematically probable with 75 players or employees on each of the 30 MLB teams in Arizona, Texas or Florida that someone will catch COVID-19 and then because a statistic?

The good news is MLB announced June 23 that a 60-game schedule will begin July 23 or 24 in empty ballparks around the United States and Canada.

However, more players have tested positive for COVID-19 and that could mean bad news for baseball. The pandemic will dictate how many of those games get played. Play Ball!