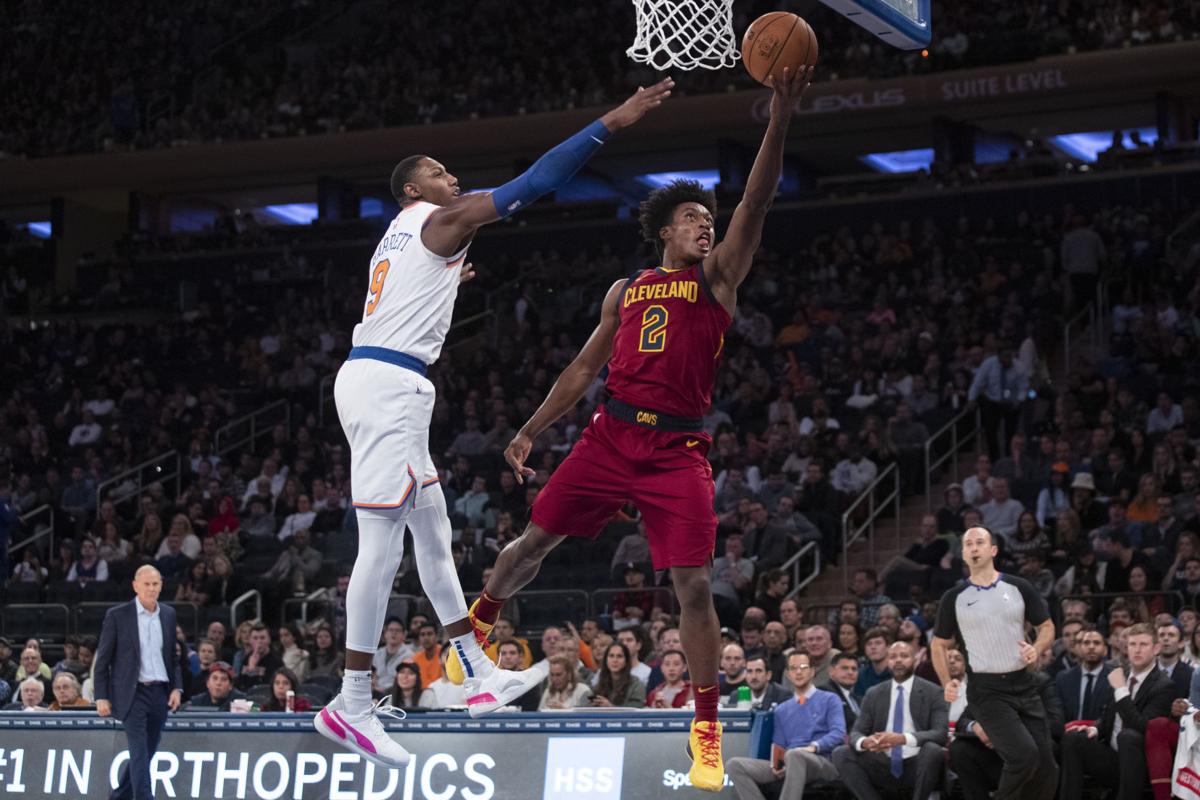 The Cavaliers were led by Collin Sexton with 31 points. Most media members and fans predicted the number of wins for this season in the 20 to 25 range.

One of the surprising items to come out of the game is that despite much of it happening with LeBron James as a member of the Cavs, the team has now defeated the Knicks at the mecca of basketball, Madison Square Garden, 11 consecutive times. It is tough to win on the road, so this is such a learning lesson for coach John Beilein’s young squad. Right now, it is not a stretch to believe the Cavs could earn a bottom-rung playoff berth, something that could not have been considered possible a month or so ago.

The local team that does the best marketing job is the Cleveland Monsters hockey team. When I was in junior high and high school, I was a big fan of the AHL’s Cleveland Barons.

Guys like Fred Glover, Bill Needham, Red Williams, Les Binkley and others were as important to my sports fandom as much as some members of the Browns and Indians. Among the differences in the Barons’ and Monsters’ fans is the current edition enjoys the excitement, the promotions and the event itself. There is no scoreboard watching, whereas my friends and I kept track of other AHL games involving the Hershey Bears, Rochester Americans and others.

I am sure my knowledge of the AHL and some of its players helped me when I did play-by-play for the World Hockey Association’s Cleveland Crusaders in the early 1970s. In the days of the Barons, they were generally considered the seventh best team in hockey – after the NHL’s six teams. The Barons refused several opportunities to join the NHL because ownership knew it could make plenty of money without plenty of expense.

Could NHL hockey make it in Cleveland now, especially with the renovations made at the Rocket Mortgage FieldHouse? Cleveland has three major league teams and probably could not afford a fourth. I also believe there is an understanding, or franchise clause, that would not allow another team this close to Columbus, where the Blue Jackets hold sway. Right now, the Monsters don’t mind playing minor league to the NHL’s Blue Jackets.

A couple of weeks ago, I wrote of the consecutive snap record of Joe Thomas, which is honored by the number 10,363 on the Browns Ring of Honor at FirstEnergy Stadium. Next in line, I wrote, was former Browns lineman Mitchell Schwartz, who had passed the 7,000 mark. Mitchell’s father, Lee, reported to me that the streak ended

Nov. 10 as the Kansas City Chiefs lost to the Tennessee Titans.

The streak ended at 7,894 when he was hit from the blind side by a Titan lineman. That is truly a remarkable number for the player who most media members and fans use as an example of the ineptitude of some of the most recent front offices.

Ohio State University defensive end Chase Young probably knew he was breaking an NCAA rule, but does the punishment fit the crime? It comes at a time when the NCAA is about to make massive changes involving payments to student-athletes.

On Nov. 13, they reduced the initial four-game suspension down to two. Young is expected back on the field for the crucial games against Penn State and that team up north.

And why should the length of the friendship with the alleged lender matter? Over 20 years ago, I made a comment on radio that I hoped a Cleveland-area player would commit to my alma mater, Ohio State. Three days later, I received a cease and desist letter from Buckeyes’ Athletic Director Andy Geiger telling me that the NCAA considered me a booster and I could get the school in trouble. Some things never change.

How many games do you think the Cleveland Cavaliers will win this season?