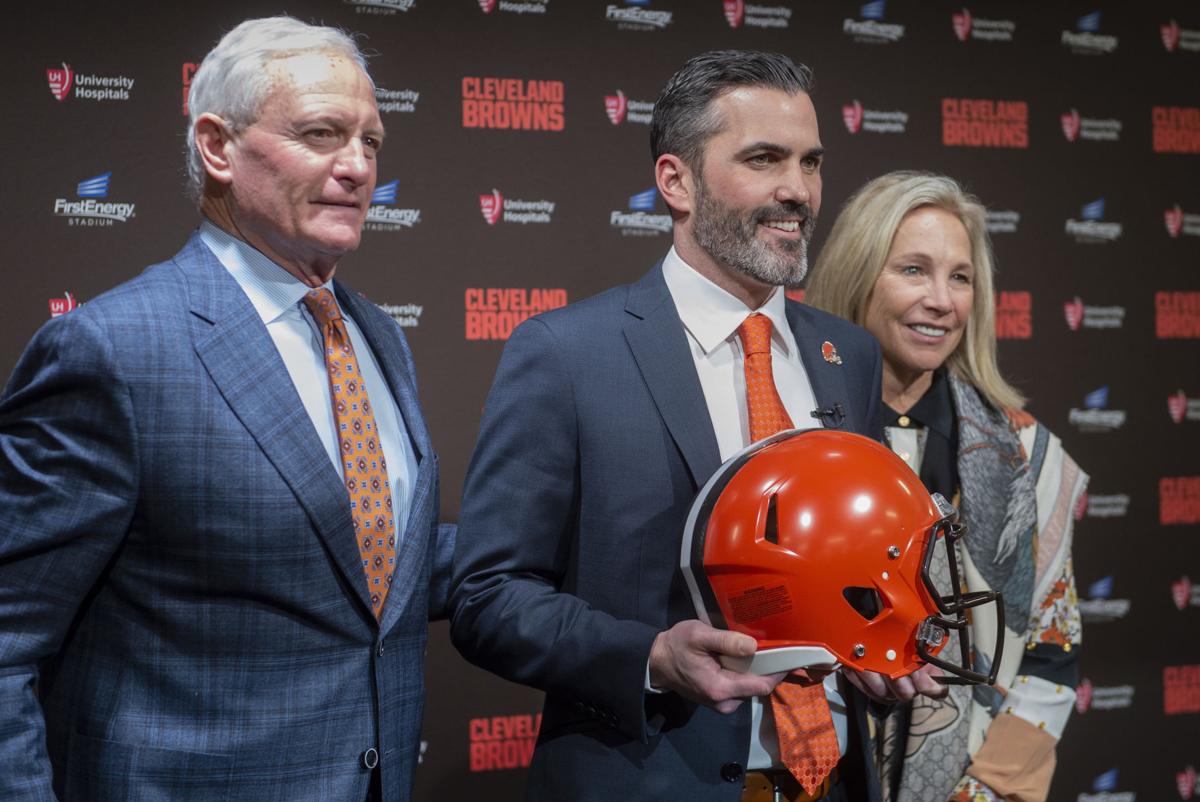 Every time Cleveland Browns owner Jimmy Haslam has had a coaching search – and that feels like it happens every year – fans think the head coaching job is one everyone would love to have.

We always hear about Paul Brown, Lou Groza, Jim Brown, Dante Lavelli, the Dawg Pound, “Monday Night Football” and all that stuff. Then a guy like Josh McDaniels, with six Super Bowl rings and who has dreamed all of his life about coaching the team he rooted for as a kid, cannot agree on the terms which would define the job.

Most people want to blame the owner, and in this case, the team’s analytic football guy, Paul DePodesta. Clearly, Haslam wanted McDaniels, but not enough to allow him to dictate the rules. Imagine this, Haslam with his 1-31 record not willing to accommodate a guy with six rings and who has clearly learned from his rough ride as head coach of the Denver Broncos. The search committee included Haslam, his wife, his son-in-law, the accountant and DePodesta, the baseball analytics guy from the movie, “Moneyball.” Can anybody see the football guy here? There wasn’t one.

Now, Haslam reportedly wants new coach Kevin Stefanski to have meetings on Wednesday or Friday to discuss the game plan for that week. I would feel better about Stefanski if he told the owner what he should do with that game plan. What would Haslam know about a game plan?

During his press conference on Jan. 14, Stefanski denied he would have to turn in his game plans.

This is not to say McDaniels didn’t understand analytics. Bill Belichick used them all the time. He just didn’t use the word. I had a three-hour meeting with Belichick in February 1994. It was becoming popular at that time to have assistant coaches work into the wee hours of the morning, so wanting to know the purpose of that, I asked what projects the coaches were working on.

He told me about one of them, in which they studied every fumble that took place in the NFL over the past five years.

I asked why and Belichick said he wanted to know the percentages of fumbles caused by hard hits and by carelessness of the ball carrier. If it was 50-50, they would not change their approach. But if it was something like 60-40, they might try to strip the ball out of a ball carrier’s hands rather than hit harder. If you care, the results showed 50.6% went one way and 49.4% went the other. They didn’t change anything.

The point is Belichick was using analytics long before it led to the DePodestas of the football world. He just called it something else. And truth be told, Paul Brown did it before that. You all know about the speed of players in the 40-yard dash, right? Brown used the 40 as a measuring stick because he wanted to know how long it would take the player to run 40 yards, the distance of an average punt in those days.

If Paul Brown interviewed me for a coaching job, I would give him every right to see my game plan for Pittsburgh. Jimmy Haslam? Not so much.

One thing is guaranteed about the Super Bowl – there will be a Jewish player in it for sure.

Former Browns’ lineman Mitchell Schwartz is the starting right tackle for the Kansas City Chiefs, and Greg Joseph, last year’s kicker for the Browns is with the Tennessee Titans. The Chiefs and the Titans will meet in the AFC Championship Game on Jan. 19.