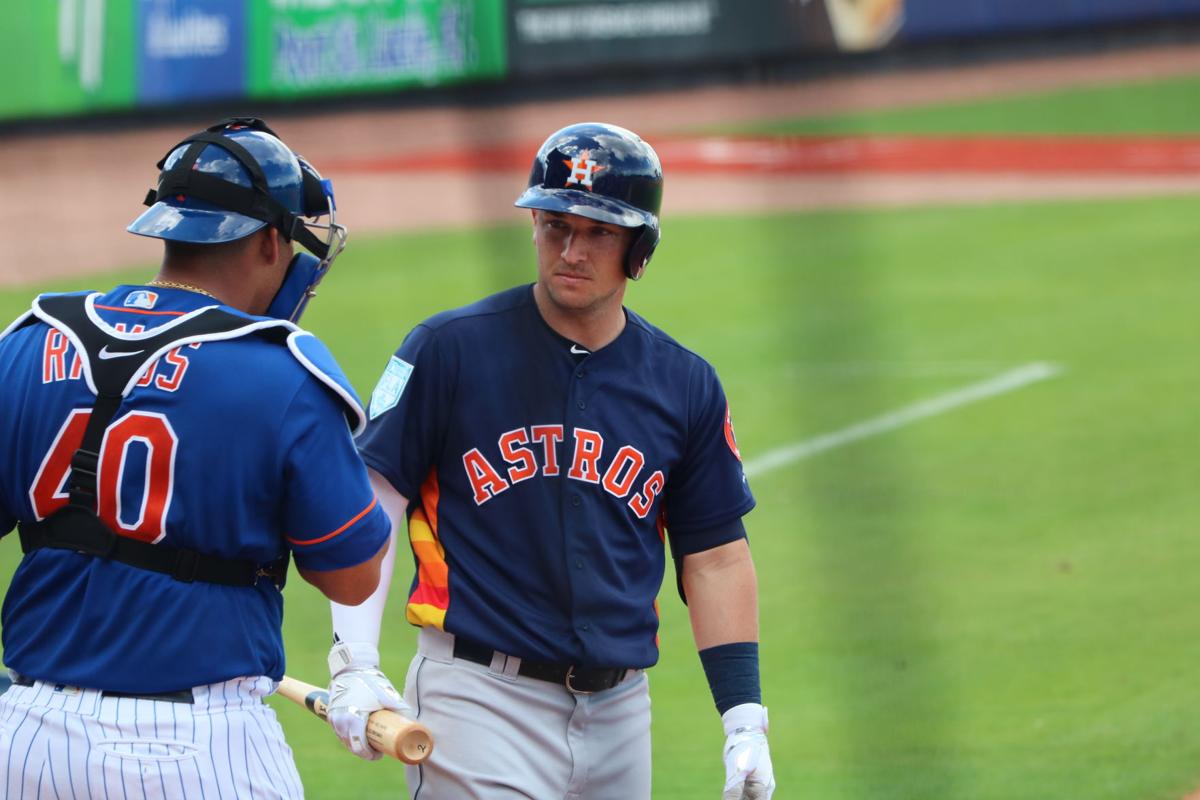 Alex Bregman of the Houston Astros takes an at-bat.

Wouldn’t you assume if you are a billionaire, you would reduce the amount of ridiculous comments you make in public?

On the way up the ladder, you would have had plenty of opportunities to learn how to speak in public or with the media. However, such was not the case with Houston Astros owner Jim Crane during a press conference to apologize for his team’s behavior during the recent sign-stealing scandal.

One would assume he has seen a few baseball games in his life and probably played in a few while growing up, yet he insisted that knowing what pitches were coming would not make it easier to hit a 100 mph fastball or a 94 mph slider. Thirty seconds later, he was asked for clarification, and he denied saying that in clear view and sound of cameras and microphones.

Major League Baseball fined Crane’s team $5 million for its part in the scandal and MLB suspended his manager, A.J. Hinch, who was ultimately fired by the team. Sorry, it was not enough.

Baseball has always taken care of itself with high and tight pitches, not to be confused with pitches aimed at a batter’s head. Hard slides, other than ones at home plate since rule changes have been put in place, can get the point across, but taking away the high inside pitch is not fair to the pitcher who is not intentionally aiming at the head.

Why should a batter get a break by not having to worry about 25% of the strike zone? The point is when we fans pay top dollar to see a baseball, basketball or football game, we assume we are getting the best effort possible. That’s why NBA point-shaving claims and performance-enhancing drugs are part of such concerns.

For an owner like Crane, a fine no matter how big, cannot get by so easily. At the very least, the 2017 title should be vacated. Handing the trophy to the runners-up wouldn’t make a difference. Neither would taking back some metal when future teams try to cheat as MLB Commissioner Rob Manfred – who is way out of touch – said.

Baseball has plenty of problems to overcome to get back to where it belongs in the public consciousness. Making pitchers face at least three batters, different leagues with different designated hitter rules and choices made by Manfred won’t get it done.

Mandel JDS’ Leberman: ‘Day school is in my blood’