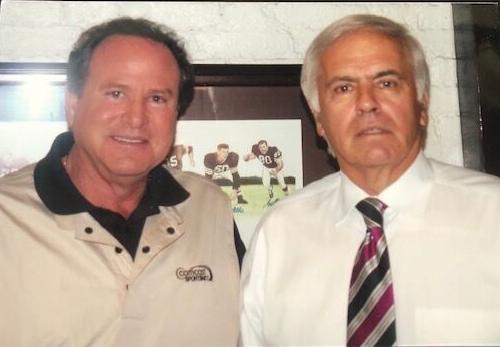 The questions keep coming even more than 50 years after being a teammate of Steve Stone in a youth baseball league, at Greenview Junior High in South Euclid, at Brush High School in Lyndhurst and on the sandlots with the GO Team and Lezius-Hiles, both top area sandlot teams. When people hear that I played with Stone, who played for 14 years in the major league, they want to know how good he really was.

There is always a story to go with the question. He wasn’t very fast, he wasn’t very big and he never won big championships. I even got hits off him to win big games. My response is always the same.

If so many of you got hits off him, how did the scouts determine he was good enough to be signed to a major league contract with the San Francisco Giants, whose roster at the time included Willie Mays, Willie McCovey, Gaylord Perry and Juan Marichal? Stone played with the Chicago Cubs, Chicago White Sox and Baltimore Orioles, where he stunned the baseball world by winning the prestigious Cy Young award in 1980 to become the only Jewish pitcher other than Sandy Koufax to win the award.

His numbers astounded the baseball world as he went 25-7, with a 3.23 ERA. He walked 101 batters while striking out 149. He was honored by starting the All-Star game that year when pitchers rarely pitched more than one inning. That game was at Chavez Ravine in Los Angeles in front of his parents Paul and Dorothy Stone, and he retired the side in order, something that has not been repeated.

What separated him from everybody else at each level was his understanding of the game. To get extra playing time, I would tell every coach we had that I could be the backup catcher. Almost all pitchers were “ throwers.” Stone understood there was a meaning to every pitch. Every time I had the opportunity to catch him, I learned more about the game. His baseball intelligence carried him on as one of the best television analysts. He worked with two Hall of Fame announcers, Harry Caray and Ken “Hawk” Harrelson. Harrelson has been a Chicago White Sox broadcaster for more than 30 years.

“Nobody ever accomplished these things in a vacuum,” Stone wrote to me in an email. “Without a supportive mother and father, none of these great things would have happened. I do wish that my grandfather who emigrated from Hungary would have lived to see what I accomplished in the game he loved”

For me, it was an honor to play with Stone, who has given me so much joy on the baseball field.