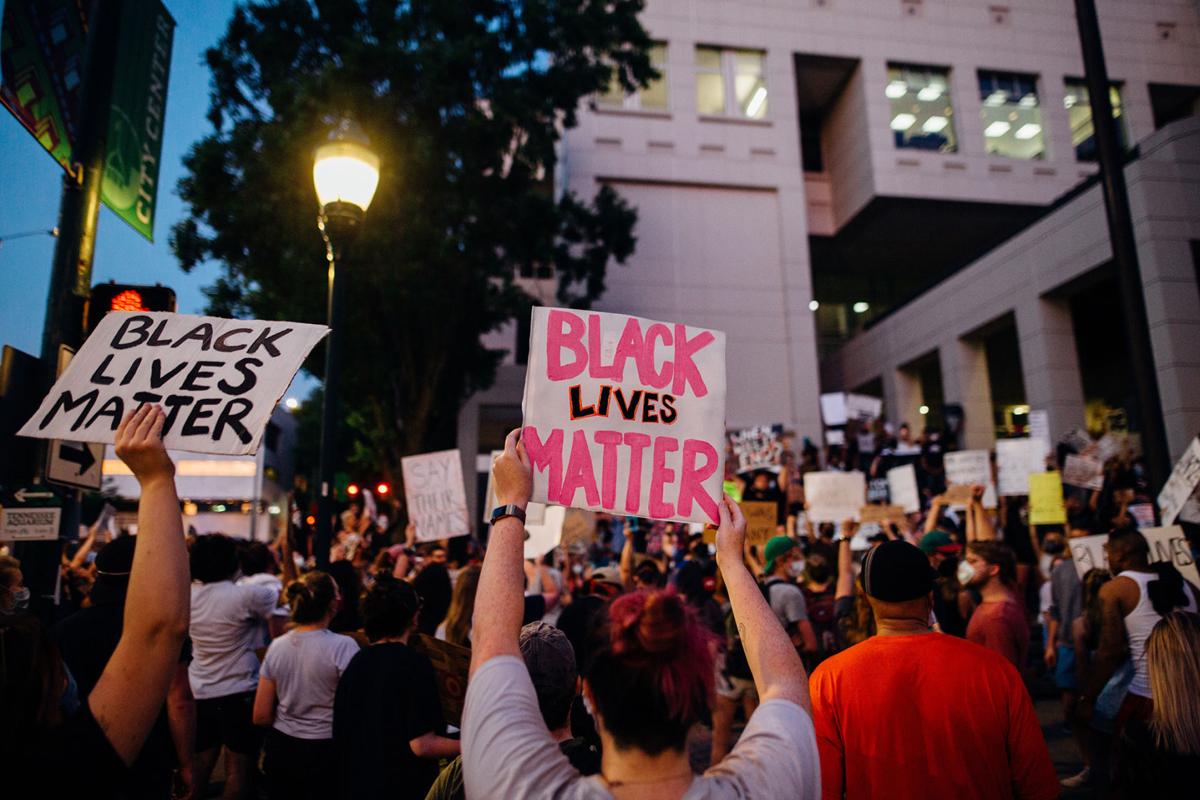 And what do you plan to do with this moment?

The death of George Floyd has opened up an opportunity for us all to change this world for good.

Two images burned an imprint on my heart that haven’t faded: Seeing Floyd begging for his life as a now-former Minneapolis police officer casually snuffed it out, and days later watching Floyd’s daughter, who is all of 6, smiling and telling us all, “My daddy changed the world.”

Countries all over the world are protesting the way we treat black Americans here. Minneapolis banned the use of choke holds and its city council announced it had a veto-proof majority supporting the dismantling of the police department.

The governor of Virginia ordered the removal of the monument of Confederate Gen. Robert E. Lee. The mayor of Washington, D.C. renamed the street in front of the White House, “Black Lives Matter Plaza.”

Nearly every business in America is reviewing its stance on racism and issuing statements renewing its commitment to equality.

And now it’s our turn.

How will we change the world?

Ever since Floyd was murdered, I have spent countless hours reading and watching and listening to non-white voices. I’m amazed at how much I still have to learn about what it means to be black in America.

I watched Trevor Noah talk about “George Floyd and the dominos of racial injustice” and finally understood the theft and violence.

He said, “Society is a contract we sign as human beings amongst each other. … But if you think of being a black person in America … what vested interest do they have in maintaining the contract? Black American people watch time and time again how the contract they have signed with society is not being honored by the society.”

I watched Emmanuel Acho’s “Uncomfortable Conversations with a Black Man.” The Nigerian-American former NFL linebacker explains white privilege and how whiteness can be weaponized to hurt and kill black people. Bottom line? Black people are dying and white people can change that.

I watched the NFL players’ “Stronger Together” video that challenged the NFL to condemn racism. It worked. NFL Commissioner Roger Goodell admitted the NFL was wrong for not listening to NFL players earlier and said, “We, the NFL, believe Black Lives Matter.”

Great, now give Colin Kaepernick a job. Once the quarterback took a knee to protest the killing of black people, no NFL team would sign him.

Every video challenged me to show up, stand up and speak up.

We were born in a country that values white lives more than black lives. If you are a white person in America, you have a bonus, a head start. You are white in a country that values white skin over any other color. You don’t have to apologize for being white. You just have to use your power as a white person to make the world better for people who aren’t white.

I still hear people complaining about the words, Black Lives Matter. Their answer is all lives matter. Of course all lives should matter, but black lives haven’t.

There are countless resources to combat hate on the Anti-Defamation League website adl.org and blacklivesmatter.com. There are endless suggestions online, articles like, “100 Ways White People Can Make Life Less Frustrating For People of Color” by Kesiena Boom and “75 Things White People Can Do for Racial Justice” by Corinne Shutack.

The YWCA is offering a 21-day challenge to bring about racial equity that focuses on voting, education, criminal justice reform and public health.

If you aren’t sure where to begin, start by opening your heart.

Because of George Floyd, we all know better.

It’s time we do better.