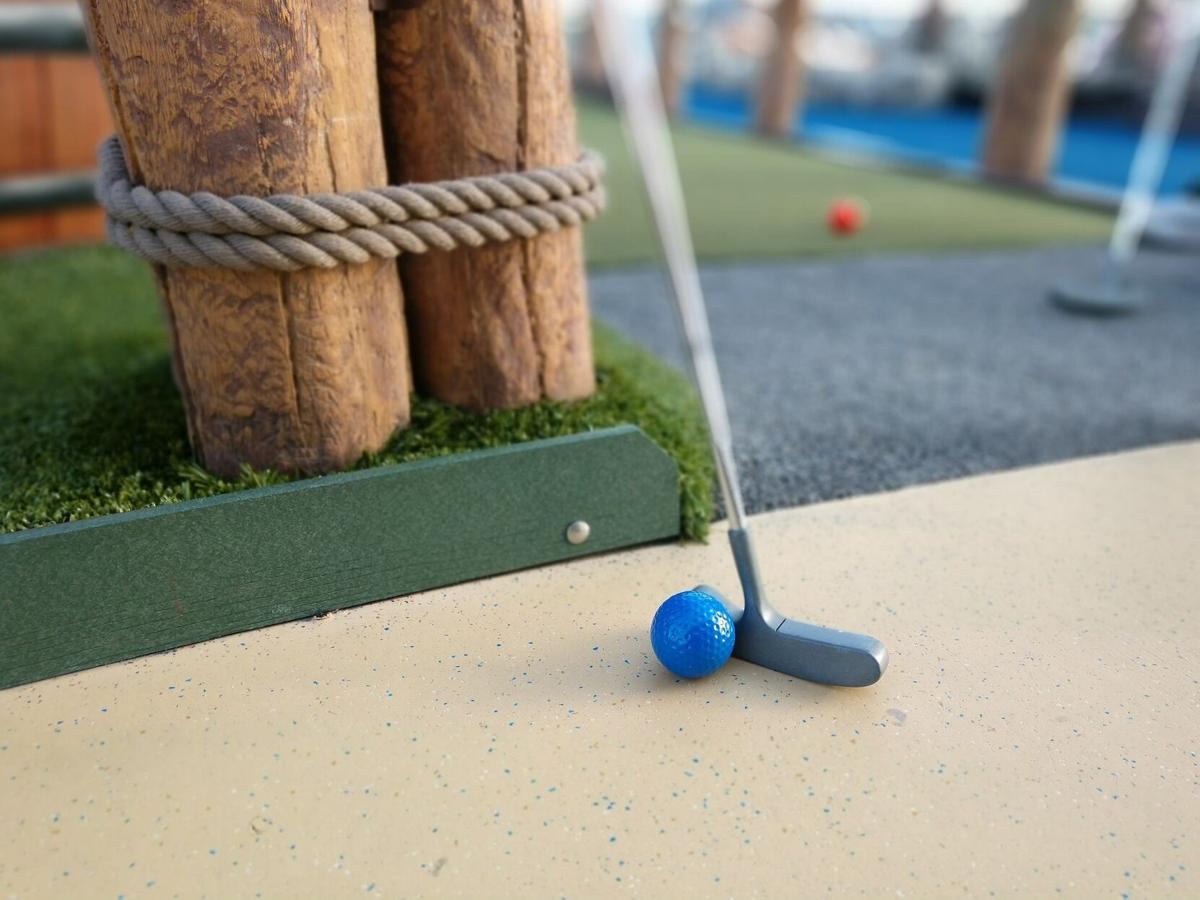 The game of golf can teach you a lot about yourself.

I’m talking Putt-Putt. Miniature golf. The kind of course where you win a free game or an ice cream cone if you hit a hole in one on the final green.

I tried real golf once. Most frustrating day of my life for me and the boyfriend who took me – and everyone behind me on the golf course.

And boring. So, so boring.

It lacked the magic of miniature golfing.

I got my fill of the magic last week.

Every year, I give the gift of an entire day to each grandchild. Just the two of us, all day long, doing whatever they choose to do.

The oldest one always chooses golf. This year, we headed to Cleveland’s west side to Sweeties Golfland Park in Parma to play both courses, then Fore Corners in Parma, Mr. Divot’s in North Royalton and Buzzard Cove in Hinckley.

Yes, we wore masks and used hand sanitizer and wipes.

We had a blast, and of course he won. Once home, he ranked all the courses by difficulty, restroom quality, food options, greens upkeep, water features, scorecard, how long a drive to arrive, whether you get to choose the color of your ball and if you win something for a hole-in-one on the 18th.

Then he drew a grid and rated them all. Fore Corners won.

While he was doing that, I thought of all the types of people you see on a Putt-Putt course:

The Wanderer: That would be my youngest granddaughter, and maybe yours, too. She claims she wants to golf, so you gladly pay the $6. But by hole three, she’s climbing on the rocks, dipping her toes in a pond, trying to open the locked door behind the windmill or has joined a group of other golfers.

The Macho Man: There’s always a guy trying to impress his girlfriend. Not wife. Wives don’t need impressed. They’ve already said yes. This guy is wearing the tightest T-shirt he owns and flexes his biceps every time he picks up his club. He’s so busy trying to impress the little missus with his talent that he misses celebrating hers when she hits the hole-in-one.

The Cheater: Better grab the scorecard and bring an eraser. How did that seven become a three? A hole in one? When did that happen? Oh, yeah, it didn’t.

The Quitter: Gives up by the seventh hole. Either stops playing or stops scoring or just stops caring. Claims it’s too hot, too muggy, too buggy to continue.

The Putt-Putt Police: Reads and enforces the rules: “Do not start on hole until group ahead is finished. Keep clubs out of water. Do not stand on bricks, flower beds or climb under waterfalls.” Do not, repeat, do not have fun.

The Tiger Woods Wanna Be: Wears real golf shoes, shorts and matching polo shirt. Lines the shot up with precision of an engineer, then performs every stroke in slow motion.

The Course Clown: If there’s a water fixture, his ball is going in and he’s going in after it. At least twice. He logs 5,000 steps just chasing his ball around the first nine holes.

The Competitor: This person must win, no matter what. A bad shot? It was the wind, the mosquitoes, the tilt of the windmill.

I used to be that last one. I took every game way too seriously. I had to prove my worth. Pretty pathetic when it’s just a game of Putt-Putt.

Then many years ago, I was having a pity party after playing so lousy when I saw this big, strong, hulk of a dad with his fragile son whose body seemed a question mark, who was probably a teenager but would remain a boy forever.

The look on that dad’s face at the concession stand, when he helped his son hold the ice cream cone changed me forever. He so loved the son he had, not the one he might have planned on having, not the son who would win any competitive game. The two of them were simply celebrating a moment together.

It humbled me. Now I play just for fun.

And for the DQ.

Or the Dippin’ Dots.

Read Regina Brett online at cjn.org/regina. Connect with her on Facebook at ReginaBrettFans.