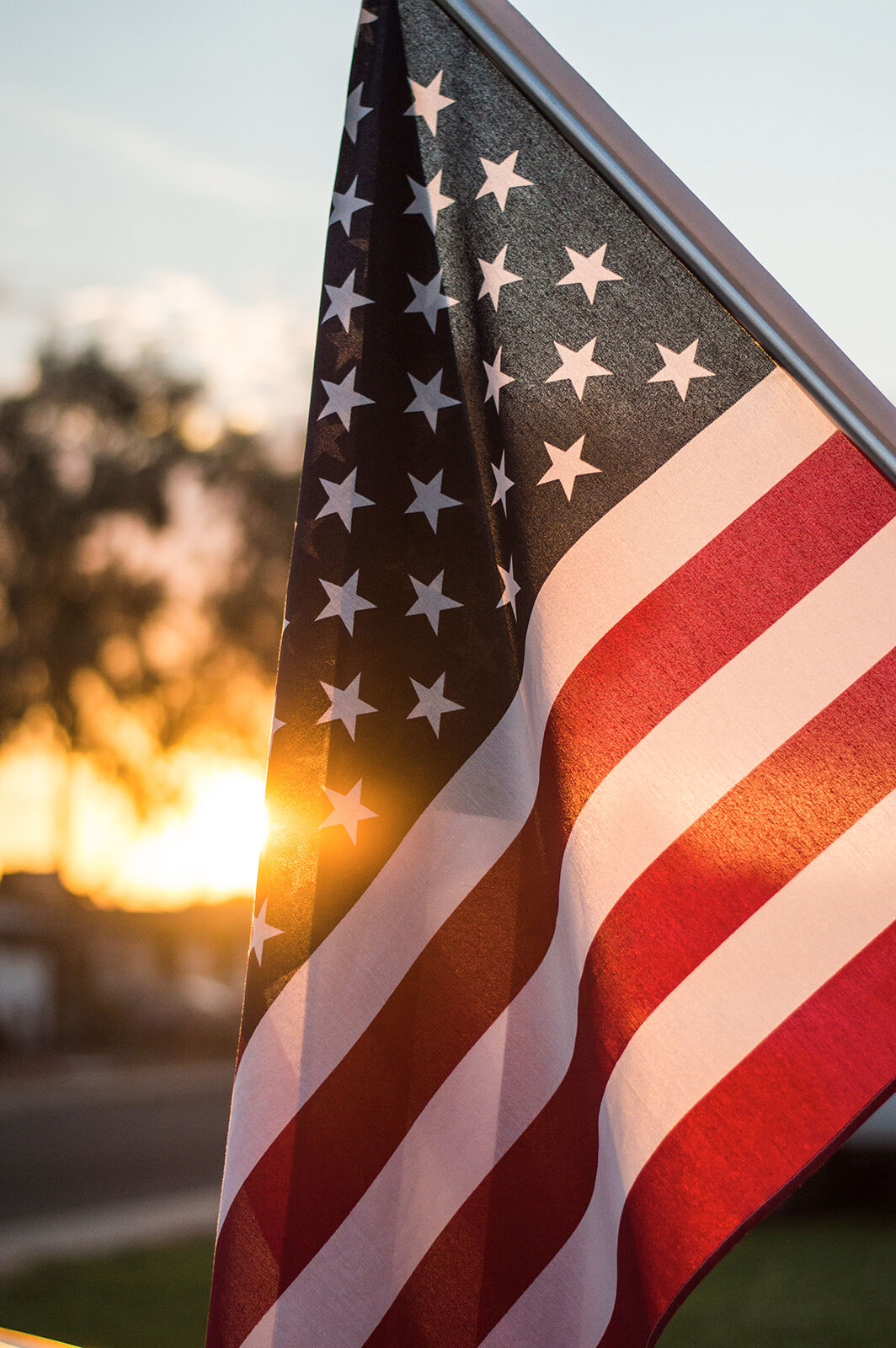 When the news broke that former Vice President Joe Biden became president-elect, I stood at the end of my driveway waving the flag for an hour while drivers beeped and cheered as they passed.

It was a spontaneous act. I truly felt giddy with a joy I couldn’t contain.

Ever since 9/11, I flew the flag every single day outside my house. But two years ago, I took it down when delivery people who didn’t know us eyed it cautiously. To fly it felt like we were showing approval for a government that was hurting Black people, brown people and gay people, destroying families at the border and dismissing science and facts on global warming.

On Saturday, that flag was ours.

It felt like America was back. It felt like a weight fell off my heart, one I didn’t even know had been sitting on it.

I imagine the other half of America felt that jubilant four years ago when Donald Trump became president. I have many dear relatives and friends who continue to support Trump and feel devastated that he lost. They fear for America and what happens next. They are hurt and angry and scared.

I truly hope that Biden makes good on his words to unite us and to fight as hard for those who didn’t vote for him as those who did.

I want the kindness, compassion and integrity that I believe Biden and Vice President-elect Kamala Harris will bring to the White House.

What I don’t want is the bitter division that has polarized our nation. How do we unite a country this divided?

We find a way to govern from the middle without compromising the values that we all hold dear.

What are those shared values? What do we all want?

Safety and security. Liberty and justice for all. Peace and prosperity. Fiscal responsibility. A strong economy that benefits all of us, especially the working class. Equal access to quality health care that doesn’t bankrupt families or the government. Lower taxes. Wages we can live on. A government that stays out of our private affairs. Immigration policies that both protect and grow America.

The great news? We had the largest voter turnout in the history of the country.

How can we get back to the we in We the People? How can we make this a more perfect union? How do we unite a country?

I’ve heard it said that you either lead by dividing or by uniting people. Some leaders create an enemy to unite people. A nation often rallies behind a common enemy. We have one – and it isn’t each other.

The coronavirus. That is our enemy.

The terrorist attack of 9/11 killed

The coronavirus has killed more than 241,000 Americans.

On Sunday, we surpassed 10 million cases. We’re averaging more than

We need to assemble the best doctors, scientists and health experts to save lives, to stop the spread of the virus so we can get our economy back on track and reunite families who have been separated for months.

How do we unite a country? We stop dehumanizing our fellow citizens.

We are one America. We all make up the fabric of America, we immigrants, Native Americans and descendants of slaves. America is made up of men and women, Blacks, Latinos, Asians, Republicans, Democrats, Independents, liberals, conservatives, Christians, Jews, Muslims, agnostics, atheists, gay, bi, transgender, rural, urban and suburbanites and everyone else I forgot.

How do we unite a country? We don’t do anything to each other that we wouldn’t want done to us.

We make our Facebook pages no place for hate. We create and enforce our own policies: Be kind or be quiet. Be polite or be deleted. Disagree without disrespect.

We retire the words “nasty” and “evil” from our comments and posts. We refrain from attacking people and focus on sharing solutions. We strip out the hate and bitterness and focus on the facts and make a genuine effort to find them.

We stop mocking our public servants and figure out where we’re being asked to serve.

We put away the yard signs that divide us and put out the flag that unites us.

This is no longer Trump’s America.

Let’s not make it Biden’s America.