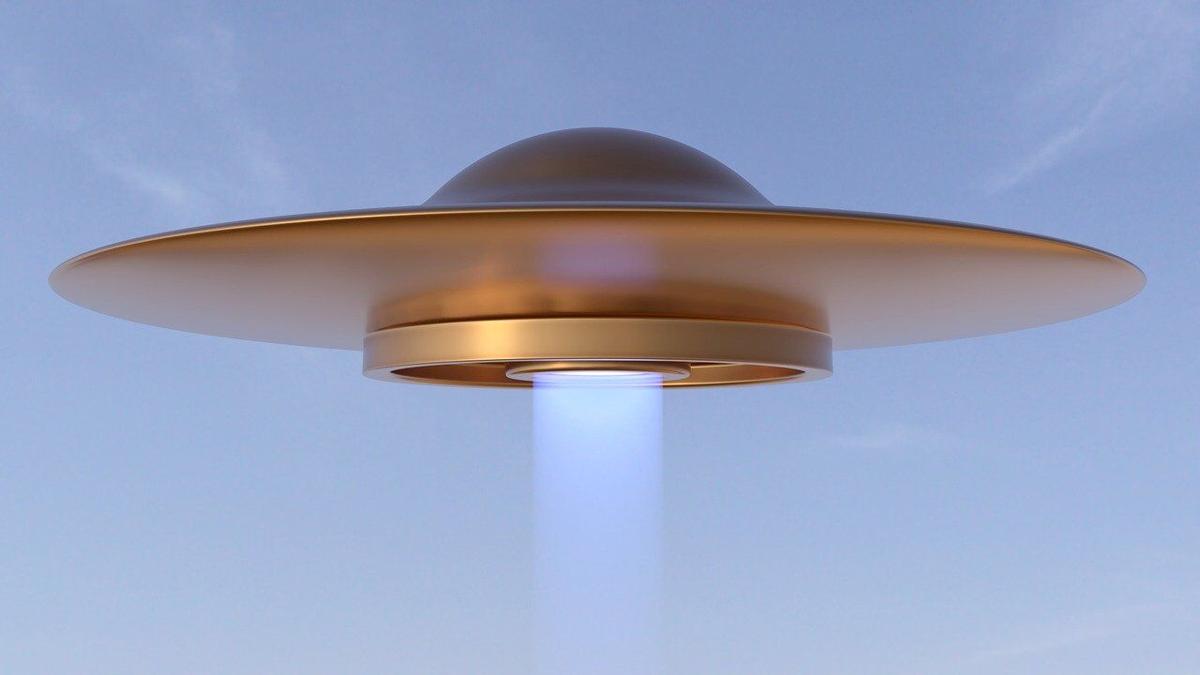 We are not alone.

And they’ve been here before.

At least 120 times, according to a government report.

Maybe. No one is sure what they are, just that something is out there.

This isn’t the old stuff of the 1950s with random wackadoodles claiming they were abducted by little green men and zipped off to Mars for the night.

“You know, if these were tactical jets from another country that were hanging out up there, it would be a massive issue. But because it looks slightly different, we’re not willing to actually look at the problem in the face. We’re happy to just ignore the fact that these are out there, watching us every day.”

When former President Barack Obama appeared on “The Late Late Show With James Corden,” he almost confirmed something is out there: “When it comes to aliens, there are some things I just can’t tell you on-air.”

“Look, the truth is, when I came into office, I asked, ‘Is there the lab somewhere we’re keeping the alien specimens and spaceship?’ They did a little bit of research and the answer was no,” Obama said. “But what is true – and I’m actually being serious here – is that there’s footage and records of objects in the skies that we don’t know exactly what they are. We can’t explain how they moved, their trajectory, they did not have an easily explainable pattern.”

The U.S. Department of Defense collects that kind of information in its Advanced Aerospace Threat Identification Program and has an Aerial Phenomena Task Force. That sure sounds a lot more credible than UFO Chasers.

In 2004, Navy pilot Chad Underwood recorded the now famous “Tic Tac” shaped object off the coast of San Diego from an infrared camera on the left wing of his F/A-18 Super Hornet.

According to The New York Times, Cmdr. David Fravor, a pilot who also saw it, told a fellow pilot he didn’t know what he saw up there.

On June 3, the Times reported senior administration officials “found no evidence that aerial phenomena witnessed by Navy pilots are alien spacecraft, but they still cannot explain the unusual movements that have mystified scientists and the military.” The Times said the report states the “vast majority” of 120 incidents analyzed did not involve U.S. military or government technology.

So whatever is out there watching us, isn’t us.

Who or what is it?

The possibility of aliens makes you run all those sci-fi shows and movies in your head, like “My Favorite Martian,” “Lost in Space” and “Star Trek.” Please don’t let any alien visitors be like the ones in the “Twilight Zone” episode called, “To Serve Man.”

If you missed that one, it will give you the willies. An alien race arrives on Earth, all friendly and kind. They offer humanitarian aid, end hunger, share their technology and energy sources with the help of a guidebook written in their language.

Experts decode the title, “To Serve Man.” But as they continue to decode the book, they learn the horrible truth and try to stop it. As Earthlings board the alien spaceship, one of the decoders screams for them not to get on the ship: “It’s a cook book!”

OK, so the aircraft seen by our Navy pilots could just be advanced hypersonic weapons being developed and tested by China or Russia.

If you ask me, we might be in better hands with aliens.

Can aliens be any scarier than Russian President Vladimir Putin poisoning the underpants of his opposition leader? Or more ruthless than China mowing down thousands of students in Tiananmen Square? Or more reckless than the average American destroying our planet?

Maybe aliens have come here to save planet Earth.

If they got here, we already know they’re smarter than us.