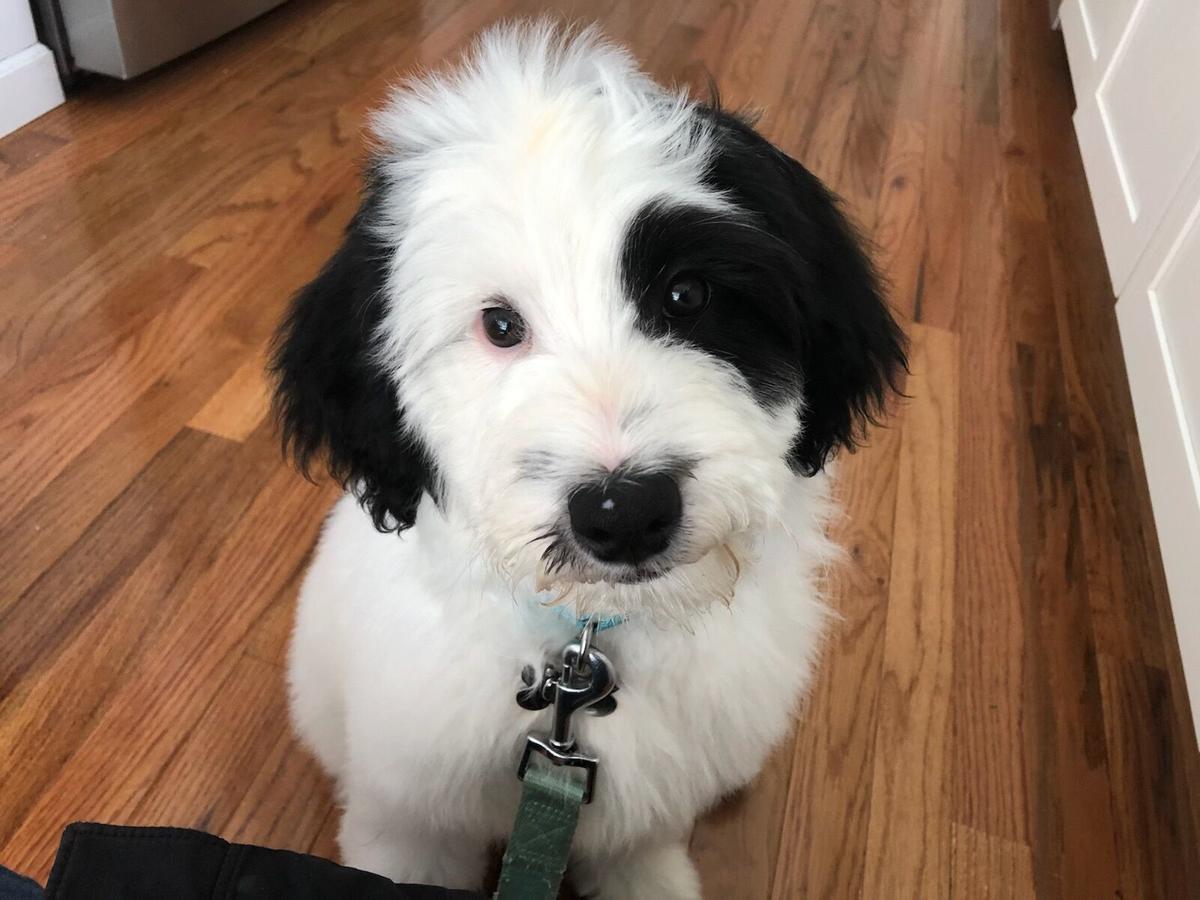 Naming a dog isn’t easy, but the family selected McIntyre. 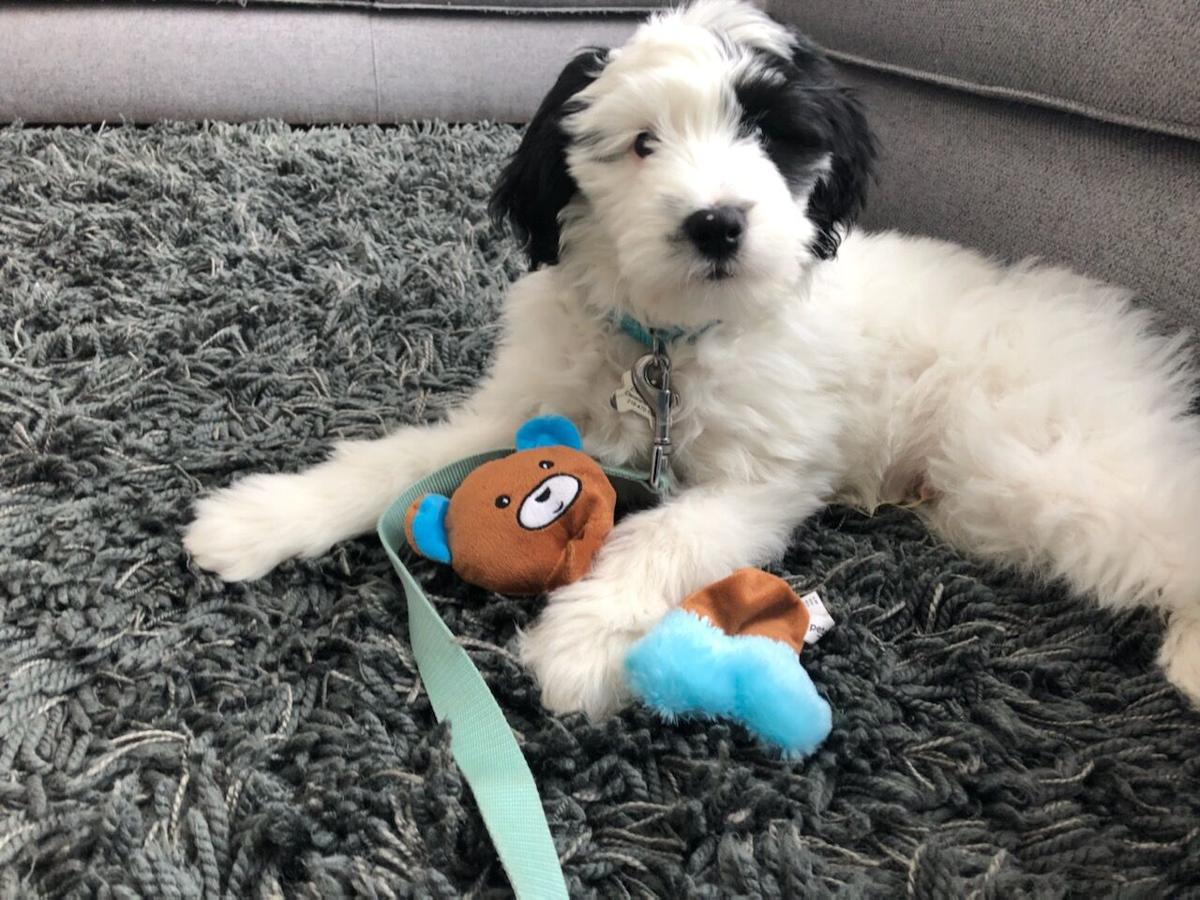 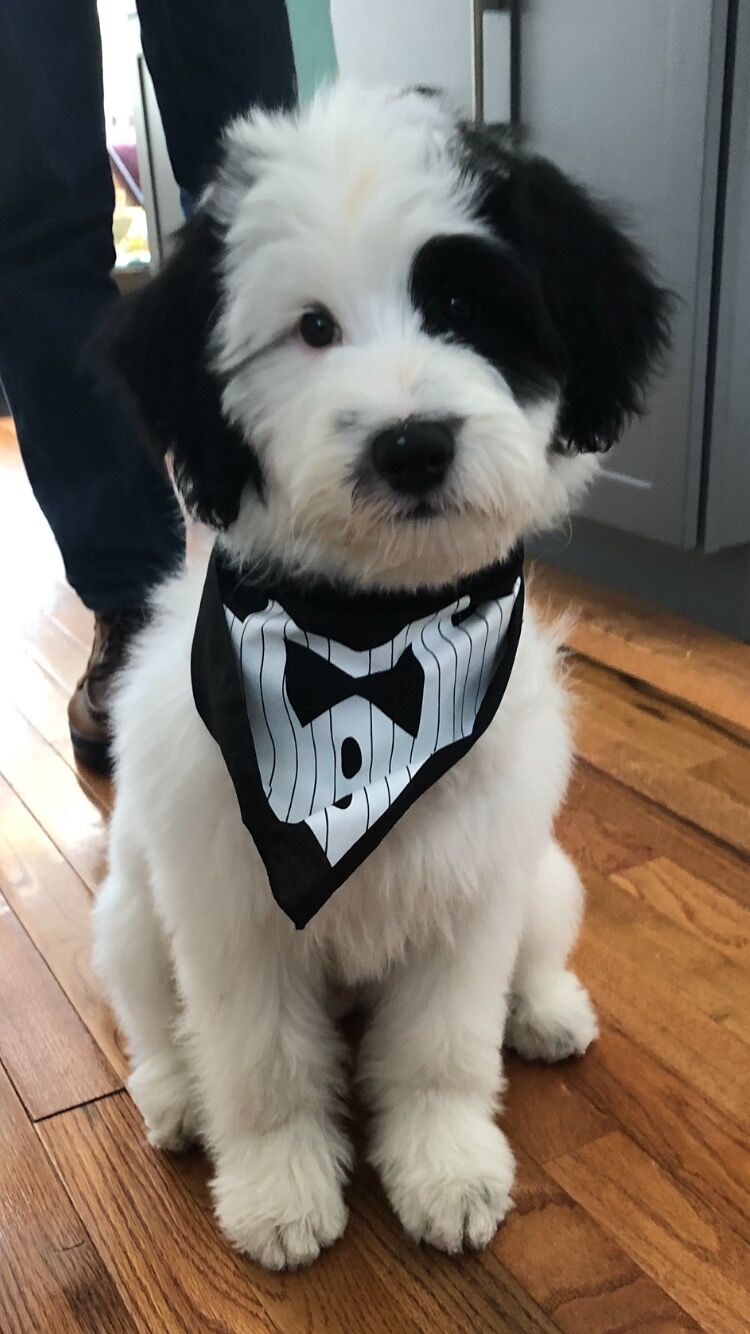 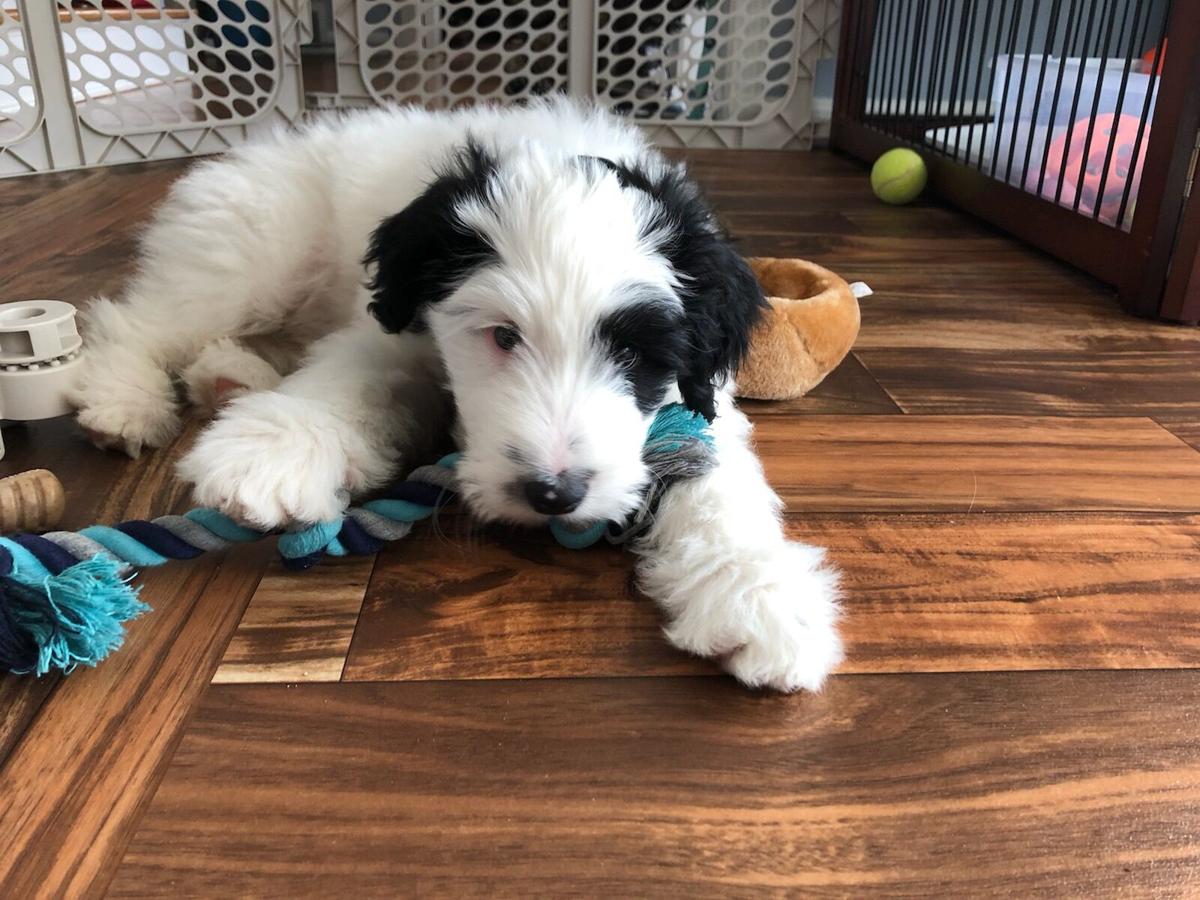 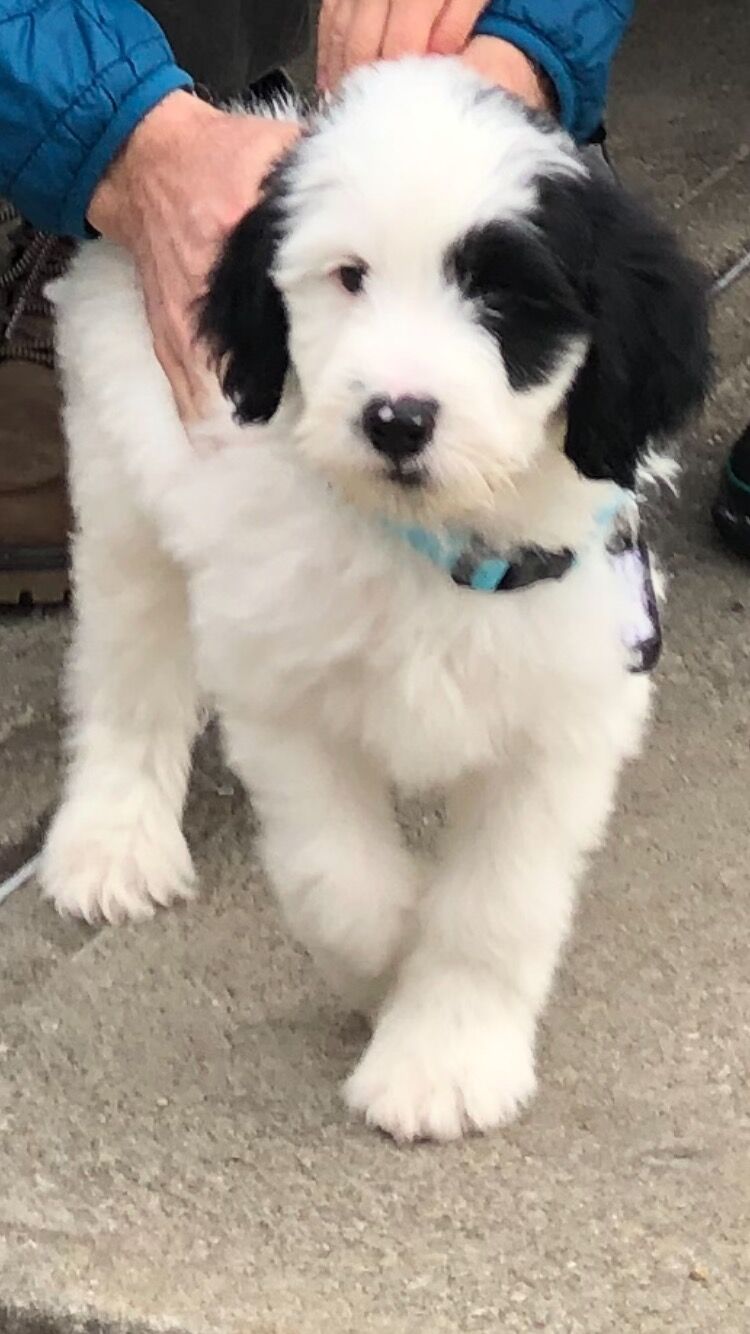 I thought naming a child was hard. This was much harder. With a child, only the parents get a vote. With a pet, everyone wants to choose.

But who actually decides? My husband and me? Our three grandkids? Their parents? This is going to be a family dog, so all seven of us were in on the choosing.

There are so many things to consider when naming a dog, especially when you’ve never had a dog and you’re 64 and it’s probably the only dog you’re ever going to have in your life.

A dog’s name can’t be one that’s embarrassing to scream at the top of your lungs when it runs away, so Poopsy Pie, Sprinkles and Mister Snuggles were out.

The name can’t be one already taken by a friend or family member for their child or their pet, so Murphy, Atticus, Riley, Cooper, Hershey, Buckeye, Baxter and Bob were out. Yes, our youngest granddaughter wanted to name the dog Bob.

It can’t be too popular, so Rex, Max, Buddy, Champ, Fido, Linus, Snoopy, Scout, Shadow and Rascal were out.

It can’t be too silly, so Notorious D.O.G., Groucho Barks, Winnie the Pooch, Salvador Doggie and Bark Twain were out.

It can’t be too weird, so Potato and Gizmo were out. Yes, my husband wanted to name it Gizmo.

It can’t be too daunting a name to live up to, like Lincoln, Jefferson, Kennedy, Einstein, Thor, Yoda, Saint or Hero.

There are military options, like Captain, Major, Sergeant and General. And royal ones, like King, Prince and Queenie.

We could choose from arts and literature and go with Emerson, Langston, Maya, Baldwin, Ulysses, Spartacus or Picasso.

Some names only older folks would get, like Astro from the “The Jetsons” and ZuZu from “It’s A Wonderful Life.” Other names, only our grandkids wanted, like Forky, Socky and Duke Kaboom from “Toy Story.”

If we went with a weather theme, we could choose Storm, Thunder, Rain, Blizzard or Bolt.

Or we could pick a quality, like Joy, Hope, Wonder, Grace or Faith.

We were overwhelmed, so our daughter made a grid with questions at the top: Can you yell the name without embarrassing you, the dog or the neighbors? Will it be shortened? To what? Does it rhyme with something? For all the top names we voted Love, Like or Meh.

When we finally saw our puppy on Zoom for the first time, we were all winners. He, yes, he, was a fluffy white goldendoodle with black ears and one eye covered in black.

He didn’t look like half of the names we picked. He looked like a pirate, but we were not going to name him Captain Hook, Blackbeard or Jack Sparrow.

But nothing felt right. I went to bed thinking about our puppy. He seemed like an old soul, a gentle guardian. A name came to me that wasn’t on anyone’s list: Gus. Short for Augustus, a character from one of my favorite books, “The Fault in Our Stars.” Augustus was a joyful soul who lived deeply his short, wonderful life. I loved the name.

What to do? We were getting the dog in three days.

I revisited our original list. The name McIntyre jumped out.

We always sang the Irish pub song “McIntyre” as a family at Nighttown every year on St. Patrick’s Day. When the band sang the part, “Somebody shouted McIntyre ...” The crowd yelled, “McIntyre!” Our grandkids yelled, “Mac and Cheese” and so did the musicians whenever we showed up.

McIntyre was perfect. I’m Irish, the kids love the song and Mack was the name of my husband’s beloved grandpa. Plus the nicknames are endless: Big Mack, Mack A Doodle, Mack the Knife, Mack A Roon, Mack Attack.

Someone was bound to be disappointed, but at least it won’t be the dog.

He doesn’t care what we call him, as long as we feed him.