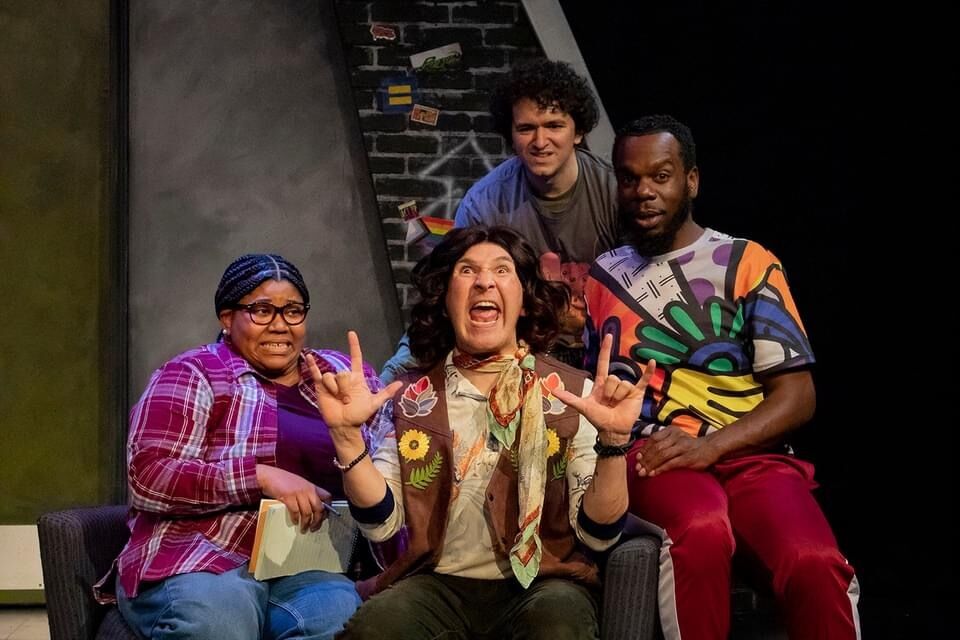 Front row from left, Mariah Burks as Nina, Tim Keo as Facebender and Corin B. Self as Golden Thunder. At back, Luke Brett as Eddy. 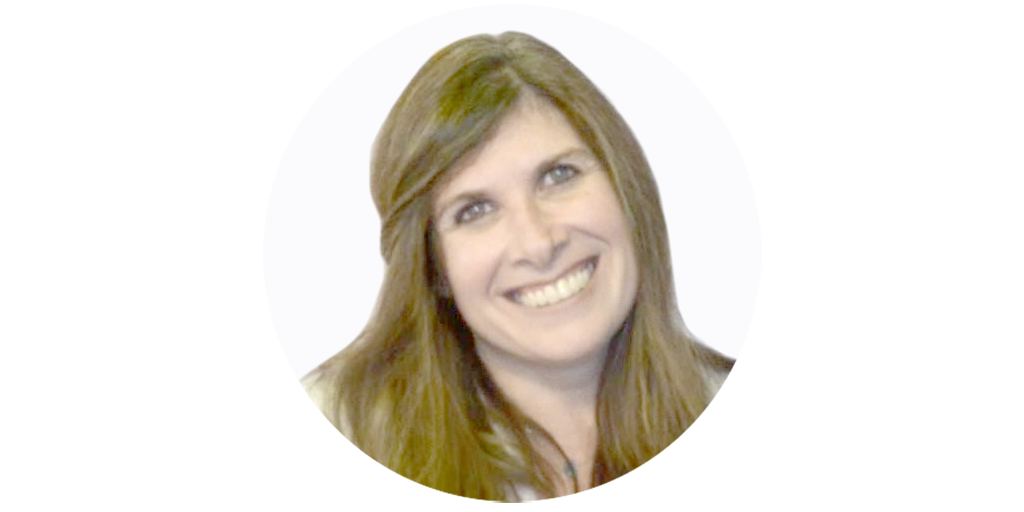 If you are suppressing an inner rock star that wants to be unleashed, or if you consider yourself a “groupie” of the great rock bands of the ’70s, ’80s and ’90s, or if you want to escape the conventions of everyday life and carve out a comfortable niche with like-minded, self-proclaimed nerds who understand that “the whole impetus of air guitar is world peace,” then your safe space is at Dobama Theatre in Cleveland Heights.

The story follows Nina (Mariah Burks) who enters an air guitar contest with a bit of over confidence and an ulterior motive. When she meets a tribe of loveable oddballs who shlep from one air guitar competition to the next, preparing to rock out and “shred” on stage to favorites by Joe Satriani, Black Sabbath and Guns and Roses, to name a few, she is in for some twists and turns to her journey that she didn’t see coming.

As we are drawn further into this world of “pretend musical proficiency,’ we learn that winning a competition is second to the ultimate goal of achieving “airness.” And as we sit in the intimate, cozy theater space at the first Dobama production since COVID-19 began, we cannot deny that while our eyes are on the action, our hearts might be in our childhood basements, jumping up and down on a bean bag chair with our own air guitar in our hands. That is what this play not only allows us to do, but demands of us.

Nina becomes “The Nina,” with the help of Shreddy Eddie (Luke Brett), Golden Thunder (Corin B. Self), Facebender (Tim Keo), and Cannibal Queen (Erin Scerbak) as they teach her that her own ability to play an actual guitar isn’t enough. With an imaginary instrument in her hand, she will be judged on artistic merit, originality, feeling, technical ability, charisma, and ultimately, “airness.” But a confrontation with the reigning champion, D Vicious (Michael Glavin), in which Nina reveals her real reason for competing, puts her at odds with her new friends.

These characters are all longing for something that their everyday lives can’t give them. They commit themselves fully to the air guitar circuit on a quest for that thing that is important enough to keep them coming back to each dive bar, clinging to their ragtag buddies.

The story is predictable, the message is obvious, we willingly root for the underdog, and the winner is ... not a surprise. But that is all seemingly part of the plan, as this play serves as a map to help us rediscover our inner child; the one who had no inhibitions and didn’t worry about social norms.

Glavin gets the ball rolling at the top of the show amid super cool projections flanked by angled walls, and a soundtrack that will make your mullet stand on end. As he strums his guitar, he encourages the audience to clap along, and this particular audience was fairly enthusiastic and went along for the ride. Glavin’s D Vicious has the right amount of arrogance, although at times his physicality seems a bit awkward.

No stranger to the Cleveland theatre scene, Mariah Burk’s Nina is a heartfelt, down to earth portrayal. Her dry wit stands up well to the over-the-top “geekdom” of her new found friends. Brett’s Eddy is the perfect mix of teacher and loyal friend as he takes The Nina under his wing. Corin B. Self is fun to watch as he reveals different costumes with each “statement” he makes through his guitar solos. Erin Scerback, a bit stiff at first, settles into her role as the diva and technical expert of the group. Tim Keo is a standout as the loveable “hippie,” Facebender, showing the most emotional range through the development of his story.

With that being said, if you are looking for impressive air guitar skills that will wow you, and bring you to your feet, you may not find it on this stage. These air guitar finalists never really give us what we are waiting for in their actual air guitar performances in terms of charisma, creativity or energy. The only cast member that makes us want to leap to our feet is announcer, and Jack Black doppelganger, Trey Gilpin. He jumps off a page from Rolling Stone Magazine and offers snippets of dynamic, authentic air guitar throughout the play, providing a little jolt of energy every time he appears on stage.

Nathan Motta’s direction is thoughtful and creative, making sure to keep the pace moving. Other than this production needing a little more “air guitarness,” the audience is grateful for the opportunity to find some “airness” in the message of this play.

WHAT: “Airness” by Chelsea Marcantel