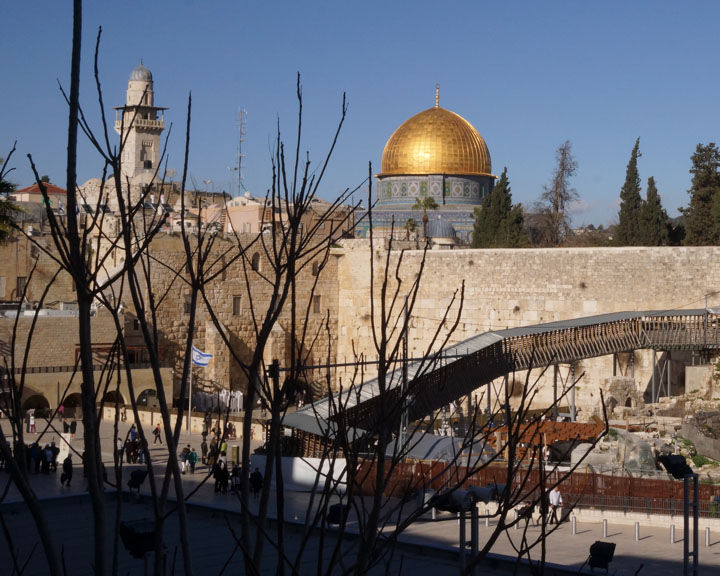 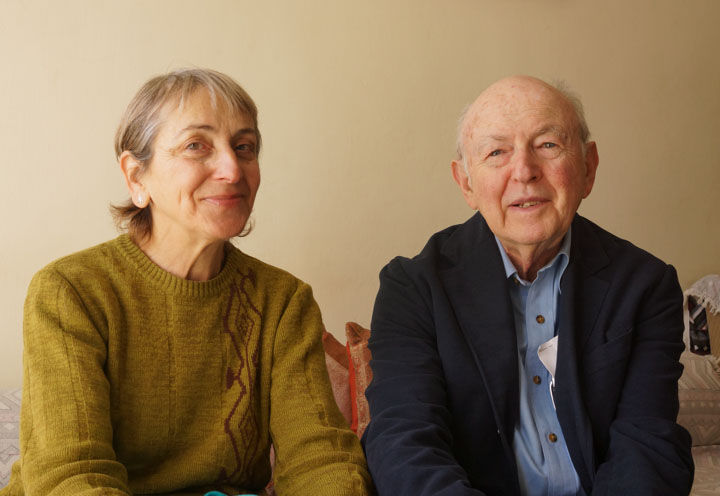 The Jewish Federation of Cleveland organized and funded a program for volunteers in Israel in February of 2015. Fifteen Clevelanders, including my wife Diane and I, were chosen and participated. We stayed 14 days and assisted in the schools of Beit Shean. While there we were introduced to the historically important region around Beit Shean, including its magnificent archeological park and ancient temple nearby. We also visited several kibbutzim and were shown advanced projects in bee culture, water conservation and fish cultivation. This is Part 3 of my trip impressions.

On the trip, politics intruded both in Israel and in the United States. Prime Minister Netanyahu accepted an invitation to speak before a joint session of the U.S. Congress about a possible nuclear deal aimed at reducing Iran’s capacity to produce a nuclear bomb within a year, the current estimate, in exchange for the western alliance, including Russia and China, lifting its financial sanctions.

Some of us watched or listened to Netanyahu’s presentation, as did the Israelis. In many ways it was a stirring speech, one I wished a Jewish leader could have given to Congress in 1939. For me, it was effective when he moderated his rhetoric, making a case for changes aimed at further tightening the restrictions on Iran’s nuclear activities. While unusual, it is not beyond precedent for a foreign leader to implore the U.S. to take some action or avoid it to help a beleaguered ally, with many shared interests.

Among Israelis who had an opinion on the speech, three themes emerged. One is that many of them do not fully trust the Obama Administration to protect Israel’s interests regarding Iran or other countries. Second, the U.S. has other priorities and Israel is not one them. Third, Israel continues to face an existential threat from Iran and its proxy elements, Hezbollah and Hamas, and it cannot permit even a limited deal with Iran, which has voiced threats to completely destroy Israel.

As we all know too well, Israel is situated at the edge of a dangerous part of the Middle East and is necessarily paranoid. Obviously, the Israeli government is intent on fully protecting its citizens, preventing terrorist actions organized by regional powers, while adhering to international law. The dual objective of maintaining a robust military to respond in kind to every incursion, and retaining strong alliances with the United States and Western Europe, would challenge any government.

The main fact of life in Israel is that many Arab countries sought to destroy Israel, when it was a fledgling state, with barely sufficient military capability to protect itself. Almost every Israeli has lost relatives as a result of terrorist attacks or military action. A rabbi, formerly of Toronto and now retired in Jerusalem, told us on this trip that Israelis tend to “spoil their children, but that is not surprising when everyone knows that they will serve and if necessary die to preserve the country.”

Of course, continued hatred, distrust and terrorism by Israel’s neighbors will not lead to peace. It will also take time for Israeli leaders to develop confidence in their counterparts among the Palestinians to stop terrorist acts and hostile rhetoric. Yet, a settlement may someday happen, probably along the lines discussed at the end of the Clinton Administration, which Arafat declined, involving measured autonomy for the Palestinians, compensation in lieu of right of return for the refugees in Lebanon, and an exchange of territory. Gaza is an entirely different matter and few have illusions about any near-term arrangement other than the certainty that military action by the Gazans will result in more death and destruction.

Israelis are getting prepared for rockets attacks. My cousin in Tel Aviv told me that her new apartment in a recently built high rise comes with a “safe room,” defined as a room her family can reach in less than 30 seconds in the event of a rocket attack. These challenges stress every family throughout Israel.

Relations with the Jordanians and Palestinians

While we were in Beit Shean the borders were quiet, especially with Jordan, only a few miles away. The residents of Beit Shean have had direct experience defending the land and have lost sons and relatives in the many conflicts, which makes it hard for them to rely on diplomacy and signed agreements, which have been constantly violated.

Yet, there are instances of positive interactions. Israeli experiments to promote bee pollination (so-called Bio-Bee development) and water conservation research have been shared with both the Jordanians and the Palestinians, with visits by their farmers. As a Bio Bee spokesperson in Beit Shean said, “Our bees and water conservation do not stop at the border, and the same for their agricultural practices impacting us. We thought that introducing productive agricultural methods could help us all.” It is probably in these areas that eventual peace will be established with the Arab neighbors, both out of necessity and mutual benefit.

On one outing, we could see a border town in Jordan, with its Mosque and Minaret, roads and even people. In the past, there have been attempts to breach the border and attack Israeli civilians. The last one occurred in 2000, though there are almost daily incidents on the border with the West Bank, which is less than an hour south of Beit Shean. The Israeli military guards the approaching roads to Jordan and is on constant alert.

All of the western countries including the United States have had to deal with ethnic tensions both on the borders and within its society. European powers have fought many wars over territory claimed by competing groups. Israel is not unique in this regard. What is surprising is the intense press scrutiny a country with 8 million people receives in the west. If a Gazan or Palestinian is killed on the border with Israel, American and European newspapers will highlight it, at the expense of coverage of the on-going massive atrocities sustained by the Syrians, forced to flee terrible conditions in their homeland.

A phenomenal feature of Israeli life is that despite the potential dangers and periodic terrorism, the country continues to prosper. The Holocaust survivors and the refugees from Arab lands in Israel have forged an effective partnership, which has spurred religious, cultural and economic dynamism. Just think how the region would benefit from peaceful conditions between Israel and its neighbors.

Of course, it was impossible to dodge the issues raised by a possible deal with Iran. As noted, many Israelis I spoke to were not sanguine; no one trusted the Iranians, especially in light of their support of Hezbollah and Hamas, which was no surprise. But it was hard to discuss and certainly not debate in the homes of our hosts. It was a elephant in the room that few wanted to confront.

In our several trips to Israel, we have always found relatives and friends who were critical of the American administration in power. After all, Americans are always critical of any hint of pressure or power politics aimed at them by Europeans or others. “By what right” is the common refrain. So too in Israel. For me, many of the critiques I heard of American policy were mostly emotional responses to Obama and Kerry’s attempts to forge a deal, fearing that it was geared to serving America’s interest rather than Israel’s. As a result, our proposed deal has not been well received.

One element of our trip that I should have recognized earlier is the hardship and cost of having a large standing army in which everyone is required to serve. After three years (more recently reduced to 30 months), Israeli military veterans seek some way to defuse the built up pressures of military service, usually in travel to faraway places like Thailand, India and Africa. Education is usually delayed as is marriage and the start of a career. There is no short term solution to this burden, but it weighs heavily on everyone, though young people fully understand the readily apparent rationale.

Despite the defense burdens, the society produces a disproportionate number of exciting people, well educated, creating leading-edge businesses and contributing to all aspects of the world’s culture—music, literature, dance, athletics—and technology. Most of the young Israelis we met were optimistic about their lives despite the dangers, challenges and costs. We can all learn from their national commitment and courage.