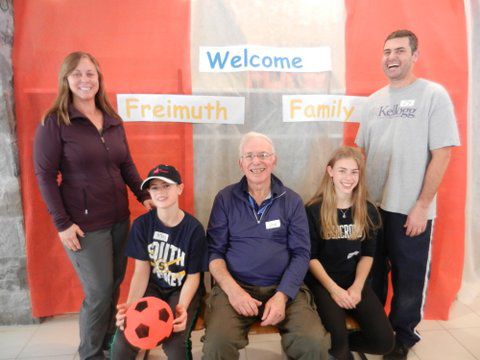 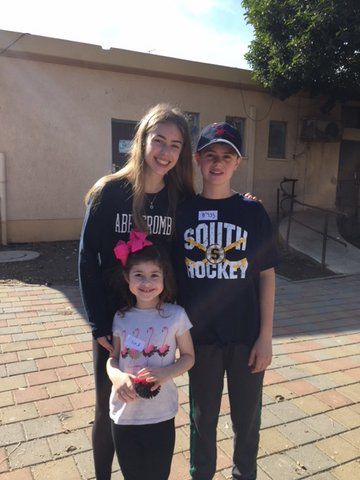 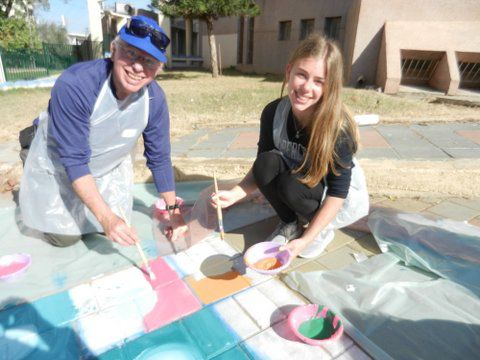 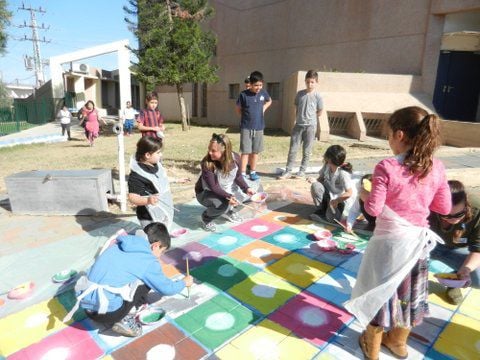 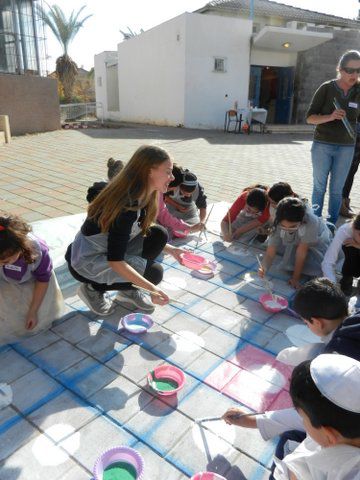 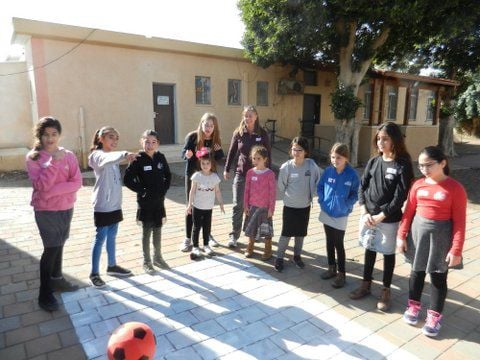 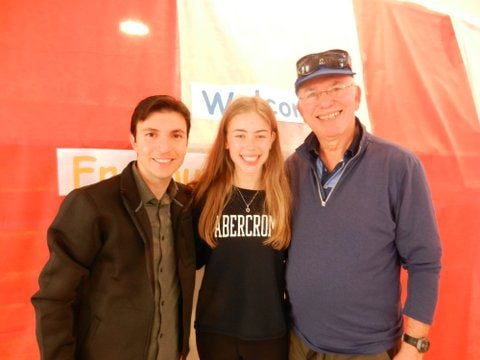 As part of her bat mitzvah experience at Congregation Am Shalom in Winnetka, Ill., my granddaughter, Ariana Freimuth, elected to participate in a mitzvah project in Israel. She decided to attempt to focus on Beit Shean because it is Cleveland’s sister city in Israel. Indeed, shortly after the Beit Shean/Cleveland partnership originated, I had the privilege of serving on the Beit Shean task force of the Jewish Federation of Federation’s overseas connection committee.

Beit Shean is less than 20 miles south of the Kinneret and close to the Jordanian border. Its primary highlight is Beit Shean National Park, an archeological site of an ancient Roman city. The city of Beit Shean is considered part of Israel’s periphery and is probably at the lower end of the socioeconomic scale.

After consulting with partners in Beit Shean, Kelly Rubanenko and Tal Rothstein of the Federation suggested an interactive project in conjunction with Rambam School and the Youth Futures program in Beit Shean. They were all careful to advise that the project should not merely be a “drive by,” but should involve active engagement with both children and adults. They could not have been more wise.

Because Ariana is interested in art, our Beit Shean partners suggested that our family sponsor an artist who would assist in enabling the Youth Futures children and our family to paint on the Rambam concrete play area two physical activity games (Chutes and Ladders and Twister), intended to be relatively permanent. Little did we appreciate initially how well this would play out.

Ariana and her parents, Wendy and Kyle Freimuth, agreed to the plan and to sponsor the project. At the appointed time during our family’s recent Israel trip, we were escorted through the locked gates of Rambam School to a small, spare school library, which had been decorated to welcome us.

We were greeted and welcomed most warmly, initially with brief words by Efi Mazor, projects manager of the Beit Shean partnership office. In addition to our family, the room included several Youth Futures mentors, including Chen Ben Ezra, director of Youth Futures in Beit Shean, and mentors Rachel Ainhorn and Batya Rafael, and about 25 Rambam students, almost all of whom were participants in the Youth Futures program. This program provides individual mentoring to students who are particularly disadvantaged or challenged in one way or another, and also endeavors to work with their families.

The Beit Shean professionals began with an ice breaker so that we could all begin to establish more personal relationships.

The artist already had painted outlines of each game on the concrete “playground,” which had no other equipment on it.  He then instructed all of us – children and adults – as to our tasks. It was sufficiently simple that even I could participate.  Donning light plastic smocks and armed with paint brushes, all of the children and adults commenced work on this joint project.

In addition to participating, I observed how caring, thoughtful and professional the Youth Futures' mentors engaged with the children. Meanwhile, the Israeli children were all interacting with each other and with my grandchildren. Some of the Israeli children had at least some English and Ariana and her brother, Zack, both of whom are students at Schechter Day School in Chicago, also have some ability to converse in Hebrew. The Israeli children were very welcoming toward my grandchildren and it was delightful to see all of them conversing in Hebrew and some real interaction and engagement.

After we completed our painting tasks, we all joined together for a lovely lunch back in the library, where the staff invited Ariana to participate in a special challah ceremony, and the assistant principal Sigal Cohen Tzemach presented Ariana with a gift.

The Rambam children do not enjoy anything like Preston’s Hope playground at Mandel JCC in Beachwood, or the playground and equipment at the Joseph and Florence Mandel Jewish Day School in Beachwood. They have a barebones concrete pad and a concrete basketball court, surrounded by a high fence with a locked gate. We hope these small painted games will add something they will be able to enjoy, and that they will value them even more because they helped create them.

I was pleased to hear Ariana’s words of appreciation to the assembled group following lunch. And after that, to watch all the kids join together at basketball and soccer.

Meanwhile, my 5 year old granddaughter, Zoe, had escaped to participate in an art project in another nearby first-grade class and came back happily with the product of her experience.  Her parents, Jill and Joel Freimuth, also were thrilled with the entire experience in Beit Shean.)

We did not go to Beit Shean as tourists. We initially wanted to make a personal contribution around Ariana’s bat mitzvah. We were persuaded to expand our goals to include establishing relationships with Israelis in Beit Shean. We came away feeling that our expectations were vastly exceeded in every respect. Watching my grandchildren play, work, converse and generally interact with the Israeli children and staff – much in Hebrew no less – was most meaningful. The entire shared experience was the absolute highlight of our trip, and my family is immensely grateful to all who not only made it possible, but made it work so beautifully.

(I personally was delighted to reunite with Chen when she visited Cleveland just last week.

A final note – we also had the opportunity to visit the Israel Canada Centre in Metula, in the very north corner of Israel adjacent to Lebanon. It is a huge facility including the only Olympic-sized ice rink in Israel, a large indoor swimming and water area, bowling lane and a gym. It serves not only Jews, but Arabs and Druze. When we were there, it was fully in use and very crowded, and children and young people from all ethnic and cultural backgrounds were engaged together in various activities. The folks who manage and accomplish this deserve a peace prize.

In a tour with many wonderful, interesting and educational events and activities, our experience in Beit Shean was particularly enjoyable, memorable and meaningful.

Marc W. Freimuth is a resident of Pepper Pike.