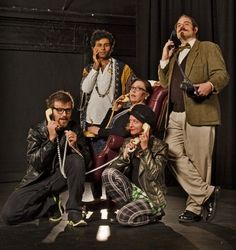 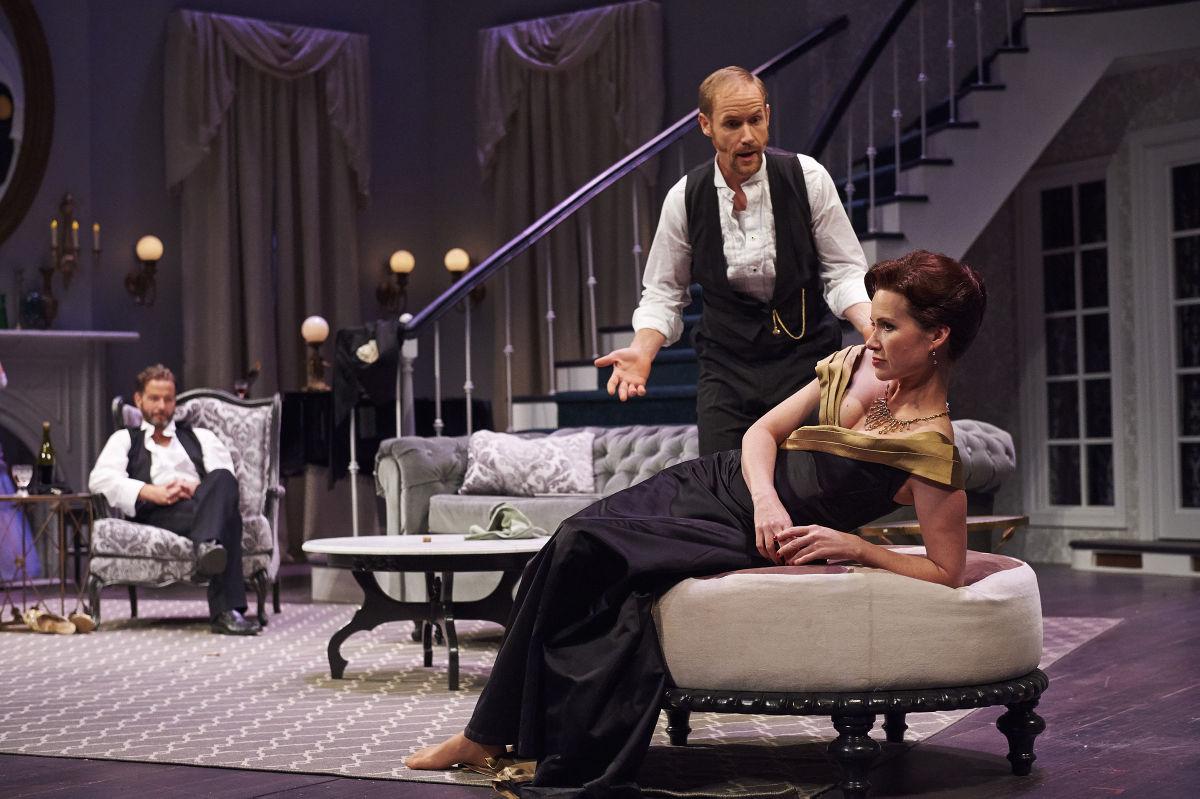 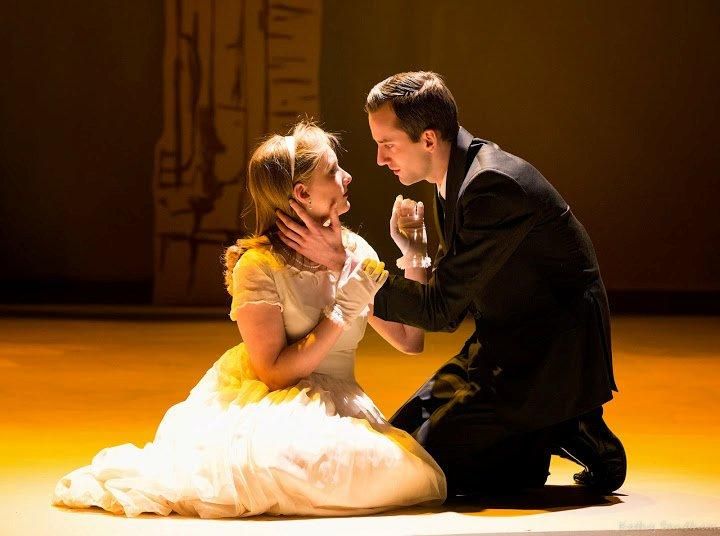 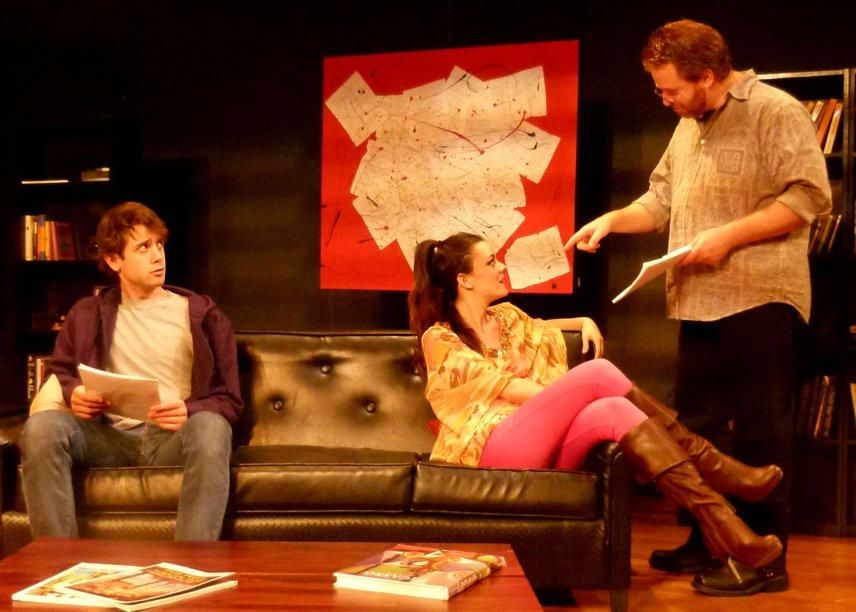 Andrew Gombas as Martin, from left, Aily Roper as Izzy, and Scott Plate as Leonard 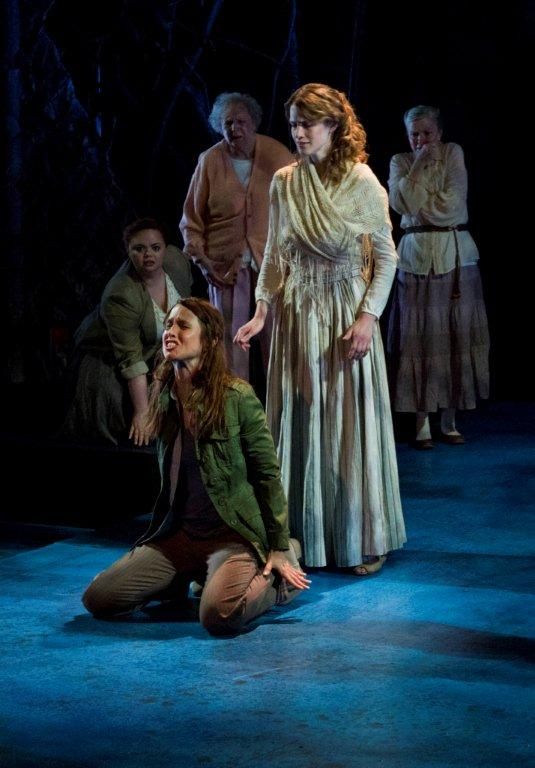 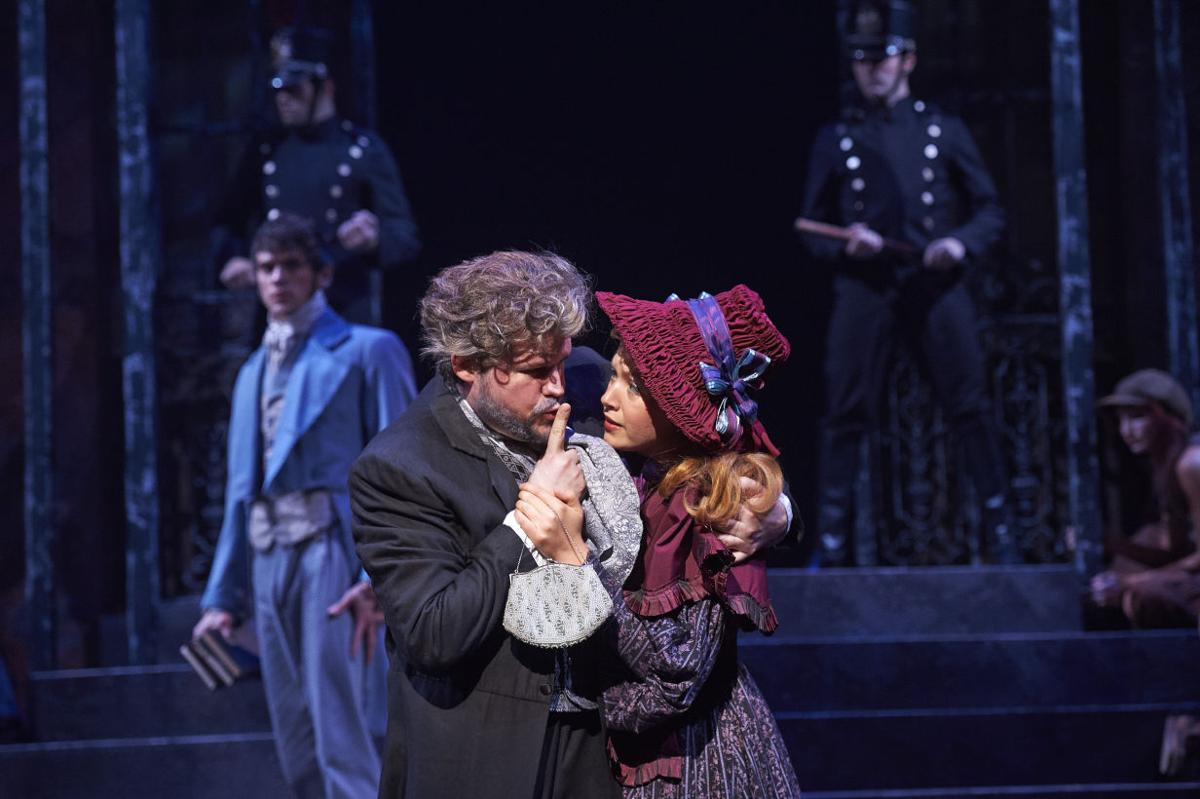 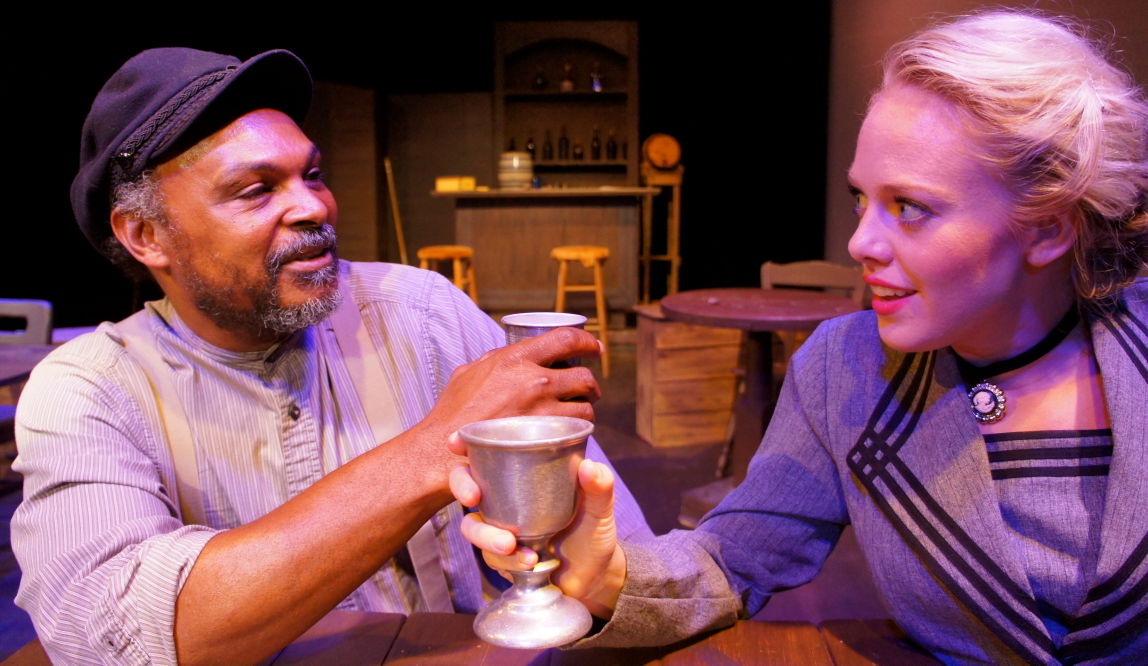 Greg White (left) as Chris and Katie Nabors as Anna 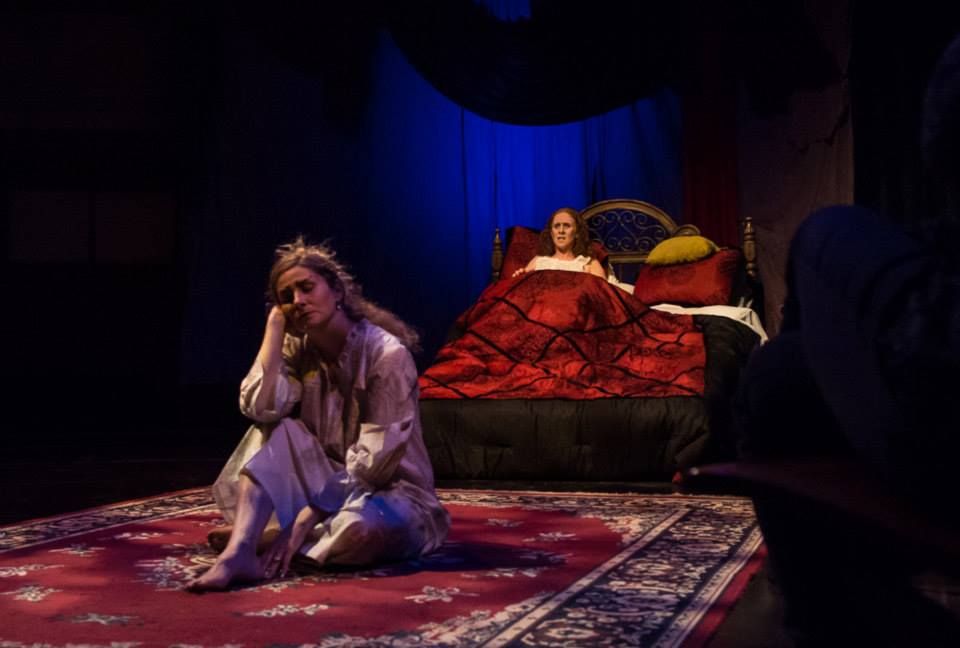 Bernadette Clemens, left, as Scarecrow and Derdriu Ring as Woman 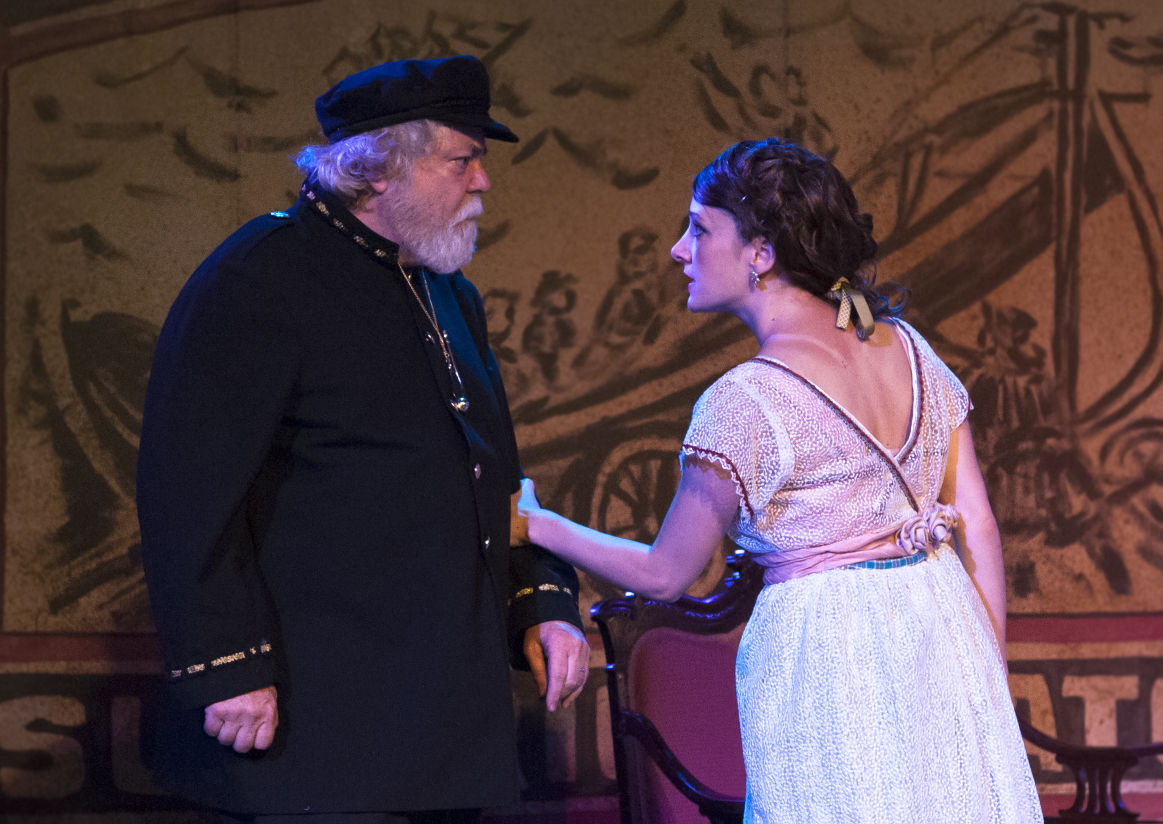 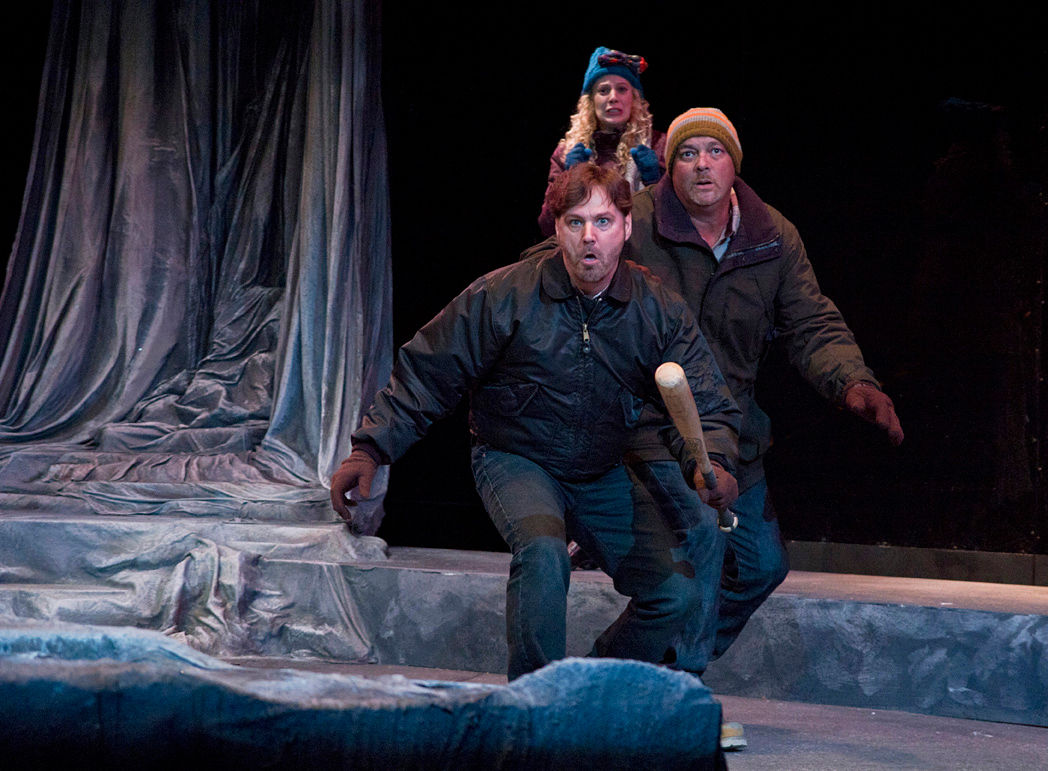 Christine Fallon as Olive, from left, Lara Knox as Betty and Tom Woodward as Gus 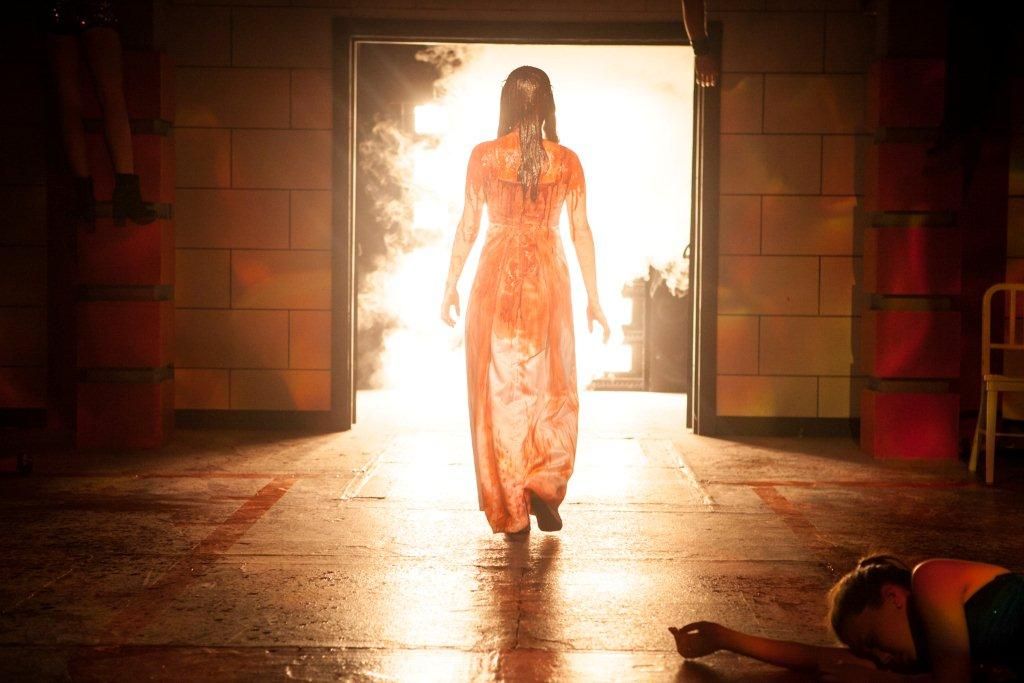 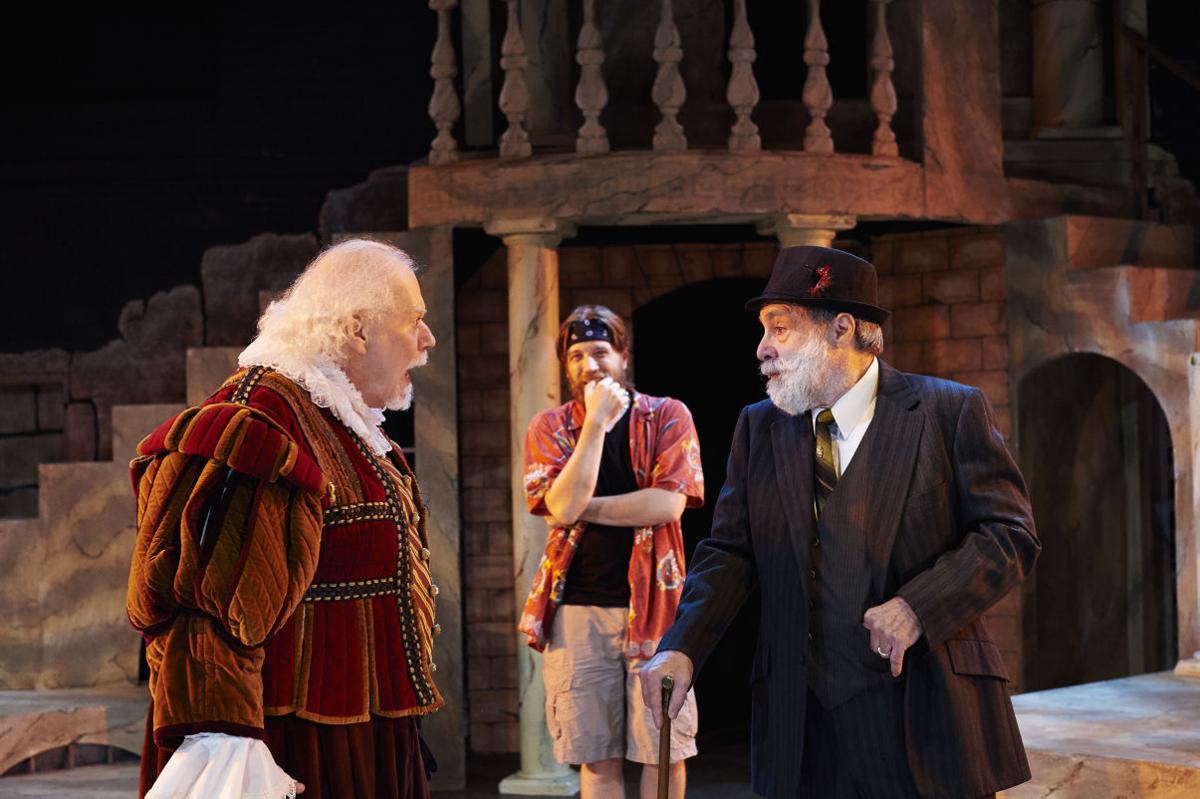 Andrew Gombas as Martin, from left, Aily Roper as Izzy, and Scott Plate as Leonard

Greg White (left) as Chris and Katie Nabors as Anna

Bernadette Clemens, left, as Scarecrow and Derdriu Ring as Woman

Christine Fallon as Olive, from left, Lara Knox as Betty and Tom Woodward as Gus

Every year, local professional theater companies devote themselves to putting on the best shows possible. Although some companies have deeper pockets, more Actors’ Equity contracts or a grander facility than others, talent makes itself known and creativity always rises to the surface no matter the pay scale and no matter the palace.

The CJN wishes to recognize excellent productions and performances from the past year. As reflected in the breadth of this year’s award recipients, it is clear that there is no shortage of either across our many local stages.

Only those professional productions originating in or staged by local troupes in the greater Cleveland/Akron area and seen by this reviewer are taken into consideration. Most performances were reviewed during their opening weekend.

Mickle Maher’s marvelously inventive “Spirits to Enforce” picks up where Shakespeare’s “The Tempest” ends. After being left behind on the remote island where they once served Prospero, Ariel the sprite and other spirits migrate to a major metropolis and assume the role of Marvel comic-esque superheroes to battle evil. Taking a break from crime fighting, they decide to stage a production of “The Tempest” and hold a telethon to raise funds and sell tickets. What ensued in this production, under Matthew Wright’s direction and with a dozen astoundingly clever performers, was a fast-paced, brilliantly executed, and perfectly orchestrated romp where the comedy was as well timed as the iambic pentameter.

It is near impossible not to like everything there is about Lillian Hellman’s 1939 classic “The Little Foxes” and Cleveland Play House’s delectable production of it under Laura Kepley’s direction. Full of sharp-witted, southern-fried family dysfunction that is as repulsive as it is alluring, “The Little Foxes” revolves around what remains of the predatory Hubbard clan who live in the Deep South at the start of the 20th century. The play is infused with the subtle social commentary that helped land Hellman on the U.S. government’s blacklist in the 1950s, and the acting – spearheaded by Maggie Lacy as Regina – was superb. The CPH opened its 2014-15 season on a real high note that still resonates.

“The Light in the Piazza,” Lakeland Civic Theatre

“The Light in the Piazza” takes us on a romantic summer excursion to majestic Rome and Florence, along with vacationing 26-year-old American Clara (Lindsey Sandham) and her mother (Sandra Emerick). The music and lyrics by Adam Guettel are operatic in nature, with songs taking on the airs of a classical aria rather than a hummable show tune. Despite the challenges of producing this extravagant show on a limited budget and on a community theater campus, director Martin Friedman relayed its tender story with delicate simplicity bolstered by immense style, grace and a thorough understanding of and appreciation for the material. Grand scenic design is reduced to romanticized impressions of Italy, reflected in ceiling-to-floor drapes and stand-alone set pieces made of paper covered in Leonardo da Vinci’s hand-drawn sketches of ancient archways, columns and cathedrals.

Best Director of a Comedy

“Seminar” features four young writers who have gathered in an Upper West Side apartment to meet with Leonard, a distinguished but discredited novelist who has been reduced to imparting his wisdom for cash. Everything about “Seminar” is built for laughs, but director Donald Carrier also chose to go for the drama residing in the crevices of the clever trash talking between the group (Lara Knox, Brian Gale, Andrew Gombas, and Aily Roper) and the dimension lying dormant in Leonard (a wonderful Scott Plate). What was put on display may not have been the play the playwright intended, but it was certainly the play this play was meant to be.

Best Director of a Drama

“Ancestra” is a compelling new play written by local artists Holly Holsinger and Chris Seibert. It unfolds through two stories taking place during two different times, the 1850s and today, which run parallel to one another before they eventually intersect and become interwoven. At the center of the contemporary story is Cora (Chris Seibert), an intense journalist who has set her focus on the politics of reproductive healthcare. At the same time, two 19th century students (Lauren Joy Fraley and Katy Lynn Patterson) are fighting their own battle over gender equity. Under Holsinger’s brilliant direction, one timeline creatively transitioned to the other and the production’s beautifully executed theatricality softened the message without compromising its meaning.

Best Director of a Musical

Like so many other biographical plays about musicians, Daniel Beaty’s “Breath and Imagination” attempts to truncate the remarkable life of Roland Hayes – the first African-American male concert vocalist to achieve international fame – into 90 minutes and one act. By doing so, only an indelible impression is made in lieu of a complete and robust story. But my what a life. And, thanks to superb performances by Elijah Rock, Daphne Gains and Tom Frey, and director May Adrales’ very imaginative staging, my what an impression.

The continuous orchestration that weaves its way through “Les Misérables” gives way to 29 musical numbers in Act I alone, with 25 in Act II. Handling this workload in the Great Lakes Theater production, with marvelous results, was music director Joel Mercier and his small but stalwart orchestra. Together, they filled the Hanna Theatre with the rich, vibrant sound that helped the huge ensemble of performers tell their epic tales of personal heroism, political revolution and unrequited love in 19th century France.

Best Performance by an Actor in a Drama

Eugene O’Neill’s 1921 Pulitzer Prize-winning drama about Swedish seaman and lifelong drunkard Chris Christopherson’s reunion with his estranged daughter Anna is filled with theatrical breast-beating and powerful metaphors. Many modern stagings accentuate all that is intense in this play, but director Ian Wolfgang Hinz chose to go for the heart by way of Greg White’s sensitive portrayal of Chris. So much emotional weight was added to this character that every dramatic peak and melodramatic moment in "Anna Christie" crashed over the audience like a sobering, salty tidal wave.

Best Performance by an Actress in a Drama

Marina Carr’s play takes place during the final moments of life for Woman (Derdrui Ring). Sharing the stage is her spiritual counterpart, an enigmatic phantom called Scarecrow (Bernadette Clemens). Together, they reflect on the woman’s unsatisfying life and place death into proper, often callous and frequently comedic perspective. Ring and Clemens’ stellar performances, under Pandora Robertson’s intuitive direction, complemented one another at every turn, from the matching Irish accents, to the organic and fluid presentation of Carr’s excessive and widely imaginative dialogue, to keeping all that is comedic and cataclysmic on a perfectly even keel. "Woman and Scarecrow" was interesting; these two performances were unparalleled.

Best Performance by an Actor in a Comedy

In true George Bernard Shaw fashion, “Heartbreak House” is deliciously bombastic, delightfully long-winded and populated by characters both infuriating and fascinating. The play comments on the complacency of an arrogant and aristocratic British empire as it serendipitously drifts into global conflict during World War I. Everyone in this play, which was self-produced by its cast of Actors’ Equity performers, was superb. But particularly so were Thomas Q. Fulton, Jr., Dana Hart, John Hedges, George Roth, Terence Cranendonk, and Mitchell Fields. The ensemble acting was imaginative, risk-taking and frequently hilarious, which rendered inconsequential the play’s length and broke down its intricacy into an assortment of delightful, brilliantly performed moments by these performers.

Best Performance by an Actress in a Comedy

At first glance, there is little to love about C. Denby Swanson’s comedy. Its story, about two scorned women who meet in a Minnesota bar and conspire to hire two Norwegian hit men to dispatch the guys who dumped them, began life as a 10-minute play. All this occurs on a near-barren stage and most of the humor revolves around Norwegian stereotypes. But rising out of this numbing simplicity like a very, very funny Phoenix is Lara Knox as one of the woman scorned. In a series of wonderfully conceived and brilliantly executed tirades, Knox turned all the admirable cultural attributes of Norwegian man into evil incarnate. Her comic timing, and that of fellow "The Norwegians" players Robert Ellis, Tom Woodard and Christine Fallon under Shannon Sindelar’s direction, was remarkable.

Best Performance by an Actor in a Musical

Is there a person left on earth who has not yet heard the people sing, singing the song of angry men? “Les Misérables,” the magnificent and epic piece of Victor Hugo-inspired storytelling with Claude-Michel Schönberg’s operatic music and Herbert Kretzmer’s powerful lyrics, has reached over 70 million people in over 40 countries, including two U.S. national tours that swept through Cleveland. Few productions can boast of a more touching performance than that turned in by Stephen Mitchell Brown as Jean Valjean. His rendition of "Bring Him Home" brought down the house and he carried this enterprising Great Lakes Theater production on his shoulders.

Best Performance by an Actress in a Musical

This cult horror classic, based on a Stephen King novel "Carrie," features a misfit high school girl who lashes out at the bullies that abused her after she discovers her otherworldly telekinetic powers. Caitlin Houlahan, in the title role, miraculously rose above the campy story, Wagnerian storytelling and inept script to deliver a painfully timid Carrie that beautifully captured the character’s emotional delicacy. One of director Victoria Bussert’s strong suits is getting great performances from her actors, and she did so with Houlahan, Katherine DeBoer as Carrie’s demented mother, and the 20 Baldwin Wallace University performers who played assorted and ill-fated high school kids.

A profound and outrageously funny parable, “The Frogs” was written by Aristophanes in 405 B.C.E, adapted in 1974 by playwright Burt Shevelove with music and lyrics by Stephen Sondheim, and revised by Nathan Lane for a 2004 Broadway production. The play tells of Dionysus (Dan Folino) and his slave (Caitlin Elizabeth Reilly) traveling to Hades to bring back a dead dramatist to arouse the conformist masses – irreverently referred to as “frogs.” Under Martin Friedman’s direction, the show took all sorts of creative risks that tested the play’s comedic dexterity and Sondheimian acuity. And Martin Céspedes’ complex choreography – particularly his march of the freedom fighting frogs – facilitated and effectively accentuated the storytelling.

Ira Levin’s “Deathtrap” embraces all the formulaic conventions of the murder mystery. So, too, did this production of it under Charlie Fee’s inspired direction. Scenic designer Russell Metheny provided all the requisite trappings in his stylish Connecticut manor on the Hanna Theatre stage. It came complete with a living room wall tastefully decorated with dozens of viable murder weapons, sliding doors and flowing curtains behind which mayhem might be lurking, and plenty of open space for bodies to hide, fall or loiter while waiting for one or the other to occur. Lighting designer Rick Martin and sound designer Richard B. Ingraham turned a lightning storm into an art form, and added film noir-era music to scenes and segues for good measure – just in case there was still some doubt about what genre we have been asked to buy into. There was not.

Congratulations to all those recognized and to all those others who have delivered wonderful work that enriched our lives and made Cleveland a go-to destination for the performing arts.

We should heed all the Commandments

Hand it to Tribe, it’s season of uncertainty