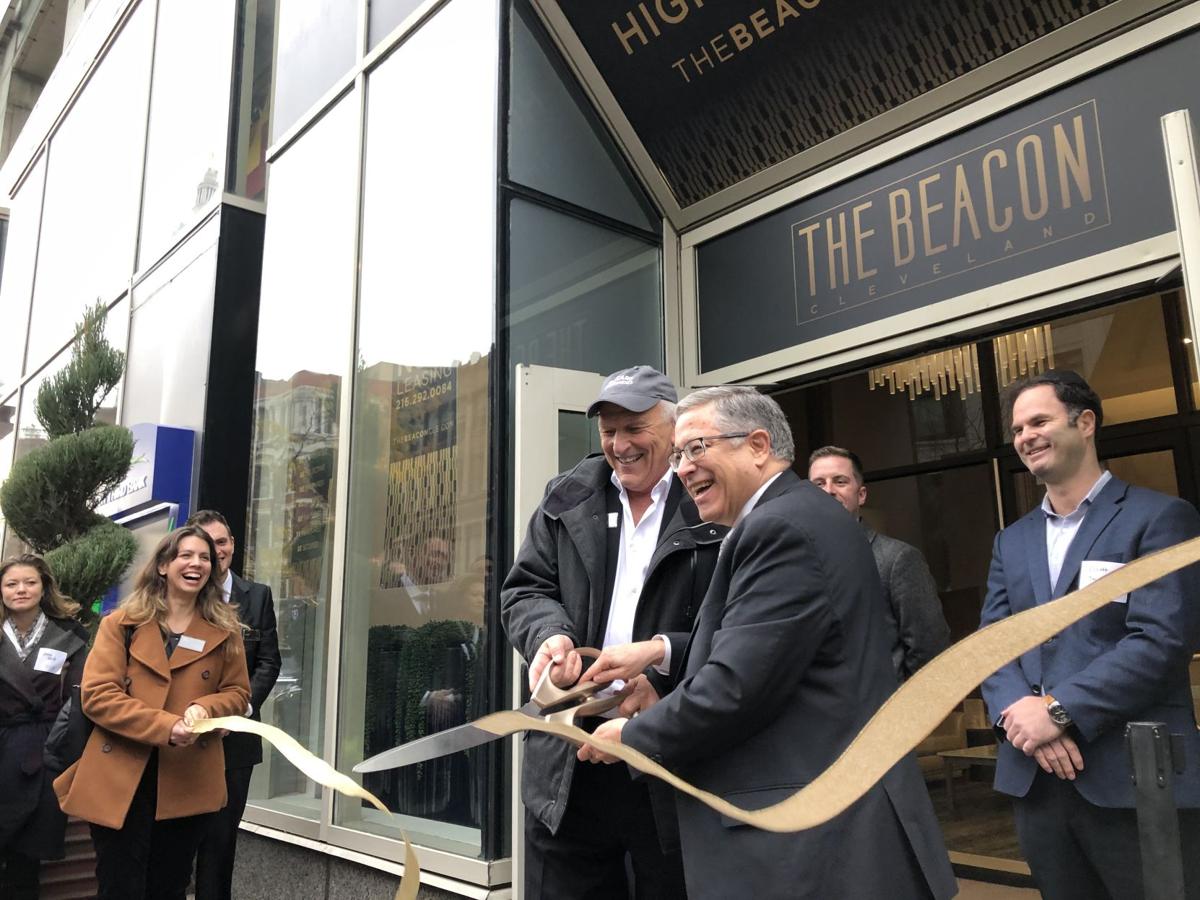 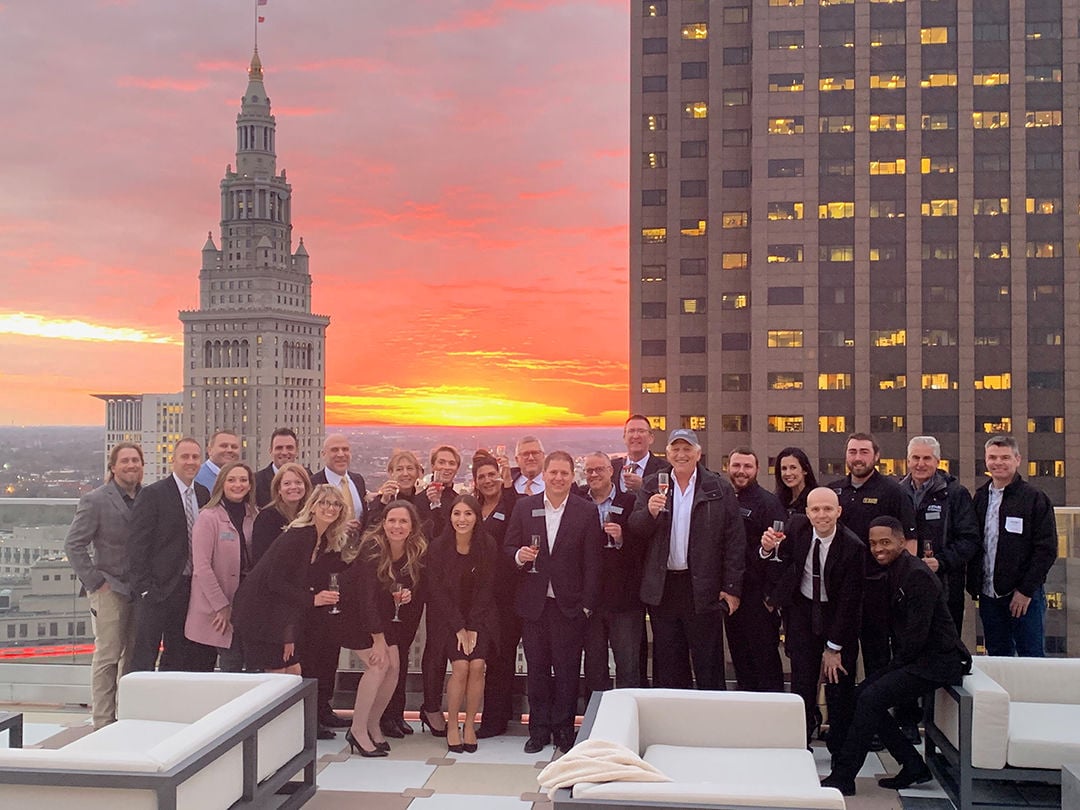 The 29-story building, featuring 187 one- and two-bedroom luxury apartments, is the first residential high-rise development in the downtown area since 1974.

To commemorate the celebration, Stark Enterprises held a ribbon-cutting ceremony Nov. 6 with local community partners, including Bob Stark, CEO of Stark Enterprises, and Cuyahoga County Executive Armond Budish. There were also tours of several suites and fitness demonstrations in the building’s gym, along with a toast in the sky lounge at the end of the event.

“We want residents of The Beacon to feel as though they can live their best life, with the concept of luxury living and having everything you need right at your fingertips,” Ezra Stark, COO of Stark Enterprises, said in a news release. “With the ease of walking to work, going for a nightly stroll through Public Square, joining a happy hour on East 4th Street, and catching a game in your backyard, we are the new style of downtown living.”

The development was designed in conjunction with Stark Enterprises, DLR, NADAA and Vocon on both architecture and design. It was built by the company’s construction arm, Arbor Construction, and sits atop three restaurant establishments, Heck’s Express, Balance Grille and Potbelly’s, and a parking garage with 19 floors of residential development.

“As Cleveland continues to grow and flourish, we are thrilled to be a major pillar in this exciting renaissance helping achieve Downtown Cleveland Alliance’s goal of 20,000 downtown residents,” Stark said in the release.

The building is operated by Comet Management, the residential arm of Stark Enterprise.