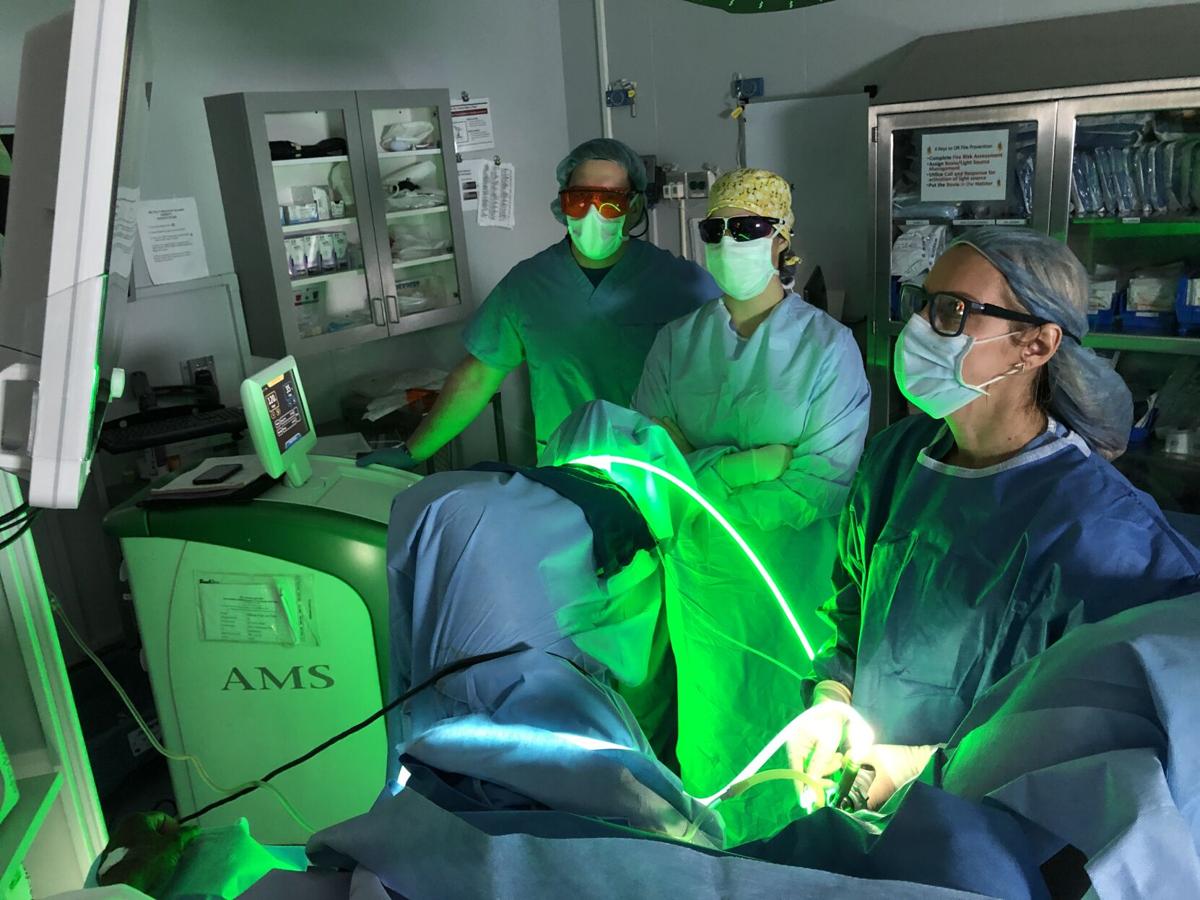 Dr. Irina Jaeger, right, operates the GreenLight laser treatment, for which she just received a center of excellence certification. 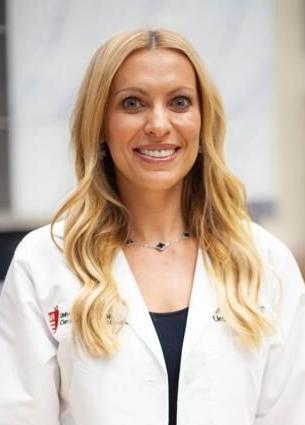 Dr. Irina Jaeger of University Hospitals recently received designation as a center of excellence for GreenLight laser therapy, a minimally invasive outpatient procedure for men living with enlarged prostates, specifically benign prostatic hyperplasia. She is the first physician in Ohio and the first woman in the country to receive the designation.

The center of excellence designation recognizes Jaeger’s skill in performing GreenLight laser therapy treatments, as well as delivering effective, long-lasting results to men living with BPH, a condition in which a man’s prostate enlarges and squeezes the urethra, causing frequent or urgent urination, a weak or interrupted urine stream and the need to urinate several times a night. According to a news release from University Hospitals, 50% of men by age 60 and up to 90% of men by age 85 deal with BPH.

“Because we’re such a high volume center, we’re so skilled at performing it,” Jaeger, who lives in Bentleyville, told the Cleveland Jewish News May 28. “The outcomes have been fantastic, hence the center of excellence (designation). But, it’s not just about volume, it’s about how well they do after the procedure.”

Jaeger has also been recognized for her ability to perform UroLift procedures, another procedure used to treat enlarged prostates. She brought the procedure to University Hospitals in 2017 and is the only woman physician in Ohio to hold the designation.

Jaeger said she decided to pursue the designation for GreenLight to ensure all patients have an option for prostate relief.

“They’re both fantastic, they’re just designed for different sizes of prostates,” she said. “GreenLight is for bigger prostates; UroLift for smaller ones. Because the outcomes have been so great, that’s why we pursued the center of excellence designation. It tells us our patients are happy. Outcomes are good, and that’s what stands up apart.”

Jaeger said she hopes this shows patients their therapy options don’t just stop at medications, many of which have side effects or bring minimal relief.

“Sometimes patients don’t stick to their medication because they don’t like the side effects and they just go on feeling miserable, or they continue it, despite the suboptimal response because they think it’s the only thing available for them,” she said. “So, if you’re not happy – come in sooner. Don’t wait until you’re miserable because these options are minimally invasive. The recovery time is pretty quick. There is no reason to suffer.”

With two designations under her belt and as a woman breaking boundaries in a predominately male field, Jaeger said she’s ready to learn another treatment option for men with larger enlarged prostates called enucleation.

“It’s a fairly challenging procedure to learn with a huge learning curve,” she said. “But, I like a good challenge.”