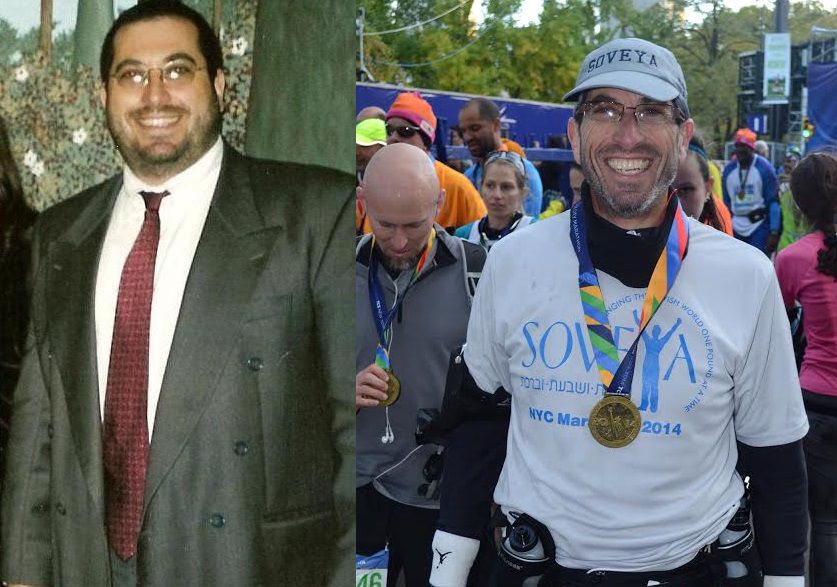 Before and after weight loss of Rabbi Eli Glaser, founder of health and wellness consulting company. 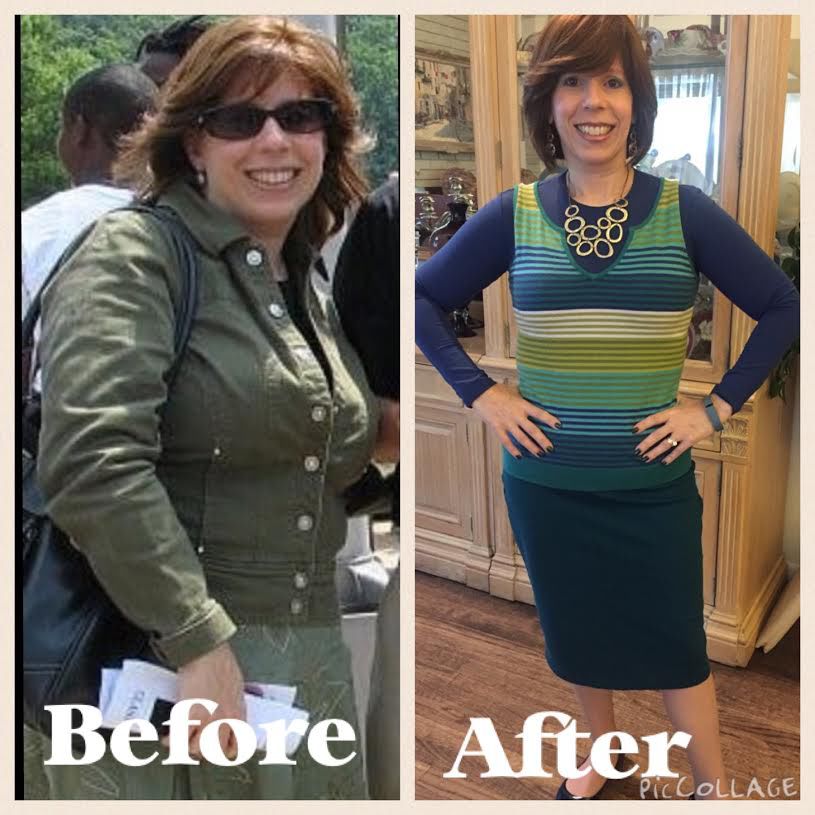 Baltimore health coach Stacy Spigelman before and after her weight loss

Before and after weight loss of Rabbi Eli Glaser, founder of health and wellness consulting company.

Baltimore health coach Stacy Spigelman before and after her weight loss

Cholent on Shabbat day. Brisket on Rosh Hashanah. Matzo balls and challah – lots of challah. Jews love food, and much of Jewish culture centers on sitting around the holiday table together, sharing stories and a meal.

“The Rambam (Maimonides) advises that we recognize that which is permitted to us and put boundaries around that,” said Rabbi Eli Glaser, founder of health and wellness consulting company Soveya, and a certified nutrition, wellness and weight management consultant.

“Surrendering to self-indulgence and gluttony – even within that which is technically permissible – is a considered degenerate with the permission of the Torah,” he said.

A report published in 2013 by the Institute for Health Metrics and Evaluation at the University of Washington found that the highest proportion of overweight and obese people – 13 percent of the global total – live in the United States, a country which accounts for only 5 percent of the world’s population. A 2005 study by the Israel Center for Disease Control found that obesity rates in Israel are high, too, and becoming comparable to those in the United States.

Glaser embarked on a weight-loss journey about a decade ago to lose 125 pounds and is among a growing number of Jewish individuals who are tackling health and wellness – particularly obesity – through a Jewish lens.

Glaser educates about the Torah perspective on protecting our health, as well as inspires and motivates audiences to take steps toward establishing a healthier relationship with food. Soveya – derived from the Hebrew phrase “V’Achalta, V’Savata, u’Verachata (You shall eat, you shall be satisfied and you shall bless God),” a part of the required blessing after eating a meal – has 10,000 email subscribers.

“Limiting ourselves to one serving of cholent is not restricting, it’s elevating,” said Glaser, who also writes under the moniker the “Running Rabbi.” “It really is a mitzvah not to take seconds.”

Baltimore health coach Stacy Spigelman also said she believes that “we learn in the Torah to guard our bodies and souls,” but “our Jewish culture in many ways does not take that commandment seriously.”

However, this paradigm is shifting, she says. In addition to Soveya, Kosher Fresh Diet, a complementary kosher meal plan by the creators of The Fresh Diet at-home meal delivery company, launched in 2006. It expanded to the greater New York area, New Jersey, Connecticut, Philadelphia, Baltimore and Washington by 2011.

The StartFresh website – dubbed with the slogan “Dieting the kosher way!” – promotes itself through testimonials by people named Gittel and Rivka.

“I love the fact that I am told exactly what to eat on Shabbat and on Yom Tov. You also prepare me emotionally so I can handle anger, boredom, celebration, depression ... without overeating,” wrote Rivka in her testimonial.

Spigelman embarked on her personal health journey five years ago when her weight peaked, and she became physically and emotionally uncomfortable. She connected with Medifast, Inc.’s program Take Shape for Life, founded by Dr. Wayne Scott Andersen, self-published author of “Dr. A’s Habits of Health: The path to permanent Weight Control and Optimal Health”

She found the program, which also launched new products under the brand name Optavia, through a friend. She then recruited her husband, David, and together the couple launched a second career as Take Shape for Life health and wellness coaches. Spigelman lost 30 pounds by creating healthier eating and exercise habits, and continues to challenge herself by incorporating more healthy habits into her and her family members’ lives.

The Take Shape for Life program is not a Jewish program. However, David Spigelman sids he connects to the program because of its “Jewish values,” such as learning to be grateful, appreciating the miracles of our bodies and operating out of free will. He says so many Jewish and kosher-observant individuals have joined the program in the last several years that Take Shape for Life has committed to providing kosher pre-packaged food, which customers utilize in the first phase of the weight-loss regime.

“Any new products – they try to make them kosher,” David Spigelman said. “Some 85 to 90 percent are already kosher.”

Meanwhile in Israel, Tanya Richardson started getting healthy six years ago after the birth of her third child. She joined a women’s gym and began exercising. The positive results – weight loss, increased energy, and a new social group she has found through running and participating in bike clubs – led her to make her “whole life revolve around fitness and health.”

Now, Richardson is a certified Zumba and kickboxing instructor, as well as personal trainer in the Golan Heights.

“Going on a diet is not the answer,” Richardson said. “It has to be a lifestyle change.”

A mother of four who is also managing a fulltime career, Richardson also finds time to train every morning at 3:30 a.m. She runs and bikes in northern Israel, where she said she regularly has reason to stop and say the Jewish blessing for beauty.

“Our country is beautiful,” Richardson said. “I wouldn’t want to train anywhere else.”

Her workouts give her a chance for spiritual reflection – “It’s just you, God and the road” – and the energy and drive to best take care of her family.

“People’s biggest excuse is they don’t have time,” Richardson said. “If something is important, you make time.”

“Not only must we maintain our exemplary standards of kashrut, but we should also understand that the quality of the food we put in our mouths has a direct impact on our physical and spiritual well being,” Glaser said.

“We use our mouths to learn and pray. … should the same mouth that communicates with our Father in Heaven blurt out hurtful speech or consume unhealthy foods?” he said.